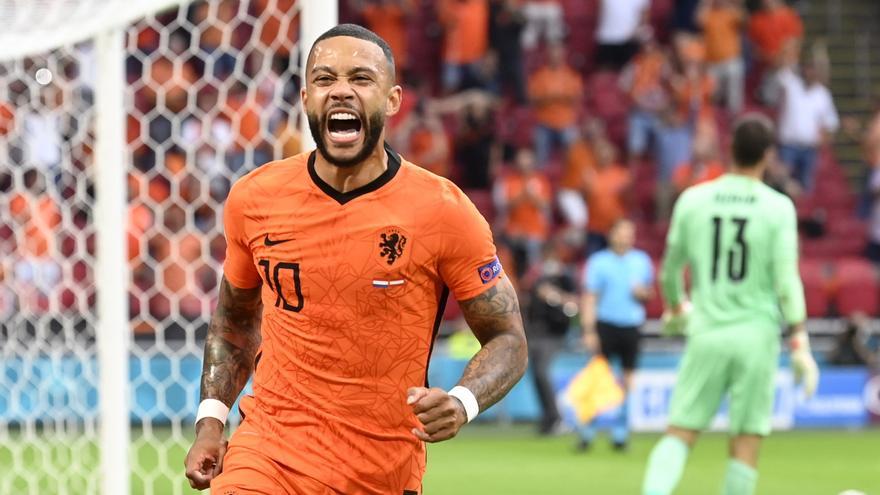 The Dutch striker Memphis Depay he became this Saturday a new player of the Barça, with a contract until 2023, fourth incorporation for the new Barça season after the signings of Eric Garcia, Emerson Royal and Sergio Agüero.

"FC Barcelona and Memphis Depay have reached an agreement for their incorporation to the club, once terminated his contract with Olympique de Lyon. The player will sign a contract until the end of the 2022/23 season, "says Barça in a statement.

Depay was on the Barça list practically since Ronald Koeman took over the team. The Dutch coach made clear on several occasions his taste for his countryman, but Barça's economic situation was delaying his hiring until this summer, when Depay ended his contract with Lyon.

In the Barcelona statement they celebrate having a versatile striker. Depay, from 27 years, He trained at his hometown club, VV Moordrecht, and at Sparta Rotterdam, a step prior to joining PSV Eindhoven, a team with which he would debut in the Dutch Eredivisie.

Hence, it aroused the interest of large European teams and signed for Manchester United, with Louis Van Gaal on the bench, to play a season and a half, before joining Olympique de Lyon in January 2017. In Ligue 1 he helped his team reach the semifinals of the Champions in 2020 and a French Cup.

Also, Depay is undisputed in the 'oranje' selection, where he coincided with Ronald Koeman, and participated in the 2014 World Cup, being third. You are currently playing Euro 2020 with your country.