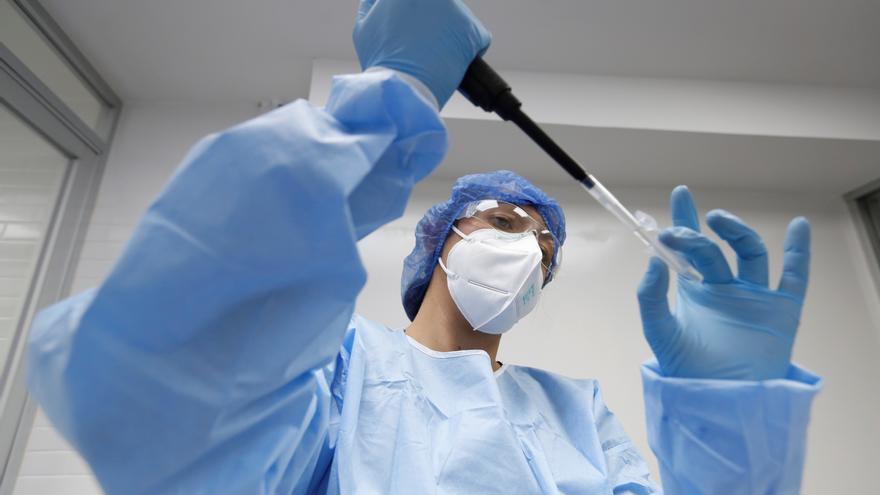 The landscape of defenses against COVID-19 is being completed practically live. Now a new piece of the puzzle has appeared, and this is good news. A job published in the magazine Nature shows that the infection not only generates antibodies that last at least a few months, but also memory B lymphocytes, cells capable of producing them again when faced with a new encounter with the virus.

The news is good and, at the same time, surprising. Six months after infection, these lymphocytes do not decrease, they may even increase. Also, the antibodies they generate tend to be of better quality. Some are more potent, have more variety overall, and appear to be more effective against some variants of the coronavirus.

That is, they not only wait but evolve. They work in the shade.

“We have seen many studies on counts of antibodies and the like in recent times, but this one goes deeper and looks at memory B cells real “, writes chemist Derek Lowe on your magazine blog Science.

“It is a very complete and well-done work that goes one step further and adds even more information to something that we were already having clear,” summarizes Marcos López Hoyos, head of the Immunology Service of the Marqués de Valdecilla Hospital and president of the Spanish Society of Immunology, “and it is that once the infection is over, we remain at least protected against it for a long time”.

The researchers analyzed the blood of 87 patients who had overcome COVID-19. The samples had been taken about 40 days after the onset of symptoms, but also six months later, taking advantage of a follow-up visit.

Although we’ve seen many studies on antibody counts, this one begins by looking at them as well. They were still present, but their numbers dwindled over time — as other works they had already seen – and the virus’s neutralizing power was reduced to a fifth of its initial one. However, “what interests us especially as immunologists,” says López Hoyos, “is not so much the antibodies as knowing whether memory cells develop.”

Antibodies present in the blood are proteins that are produced during infection or in the time immediately after it and then tend to decrease, while memory cells are T or B lymphocytes capable of recognizing the virus if it reappears. Although they do not act as immediately as circulating antibodies, they can mount a rapid and powerful response against it.

T lymphocytes act against the virus when it has entered the cells – they lead the so-called cellular immunity. It was already known that the new coronavirus generates them and that can last at least a few months. What was not well known – although there was already some evidence– It was if memory B lymphocytes capable of producing new antibodies were produced, “good antibodies, too,” López Hoyos points out.

Now you know better. Not only were they produced, but their quantity did not decrease after six months. “On average, the number of these lymphocytes that produce antibodies against the Achilles heel of the virus [la parte por la que se une a nuestras células] stayed the same. That is good news because it is what you need if you encounter the virus again, “says Christian Gabler, a researcher at Rockefeller University in New York and first author of the article.

Further, other published work almost parallel in the magazine Science confirmed it: while the T lymphocytes decreased three to five months later, the B cells not only did not decrease, but even increased over time.

The next step was to study these cells more closely, and then surprises came.

Lymphocytes that evolve … and improve

There is a term in immune jargon called “somatic hypermutation.” It basically means that the lymphocytes have permission to mutate, to change. If they all had the same DNA, they would always make the same antibody, and that would make them useless in the face of so many and varied threats. To avoid this, the activated lymphocytes relax and allow many more changes than usual in the area that makes the antibodies. Then, from the whole range, the best are selected.

This usually happens only during acute infection, but the researchers found that the number of accumulated mutations was higher at six months than one month after infection. Defenses had evolved over time and the protective fan had grown larger.

“We were surprised”, acknowledges Michel Nussenzweig, the main person in charge of the investigation. “It is something that usually happens in chronic infections such as HIV or herpes viruses, in which the virus persists in the body. But we did not expect to see it in this coronavirus, which is thought to disappear from the body once the infection has resolved” .

The researchers analyzed the behavior of several of these antibodies. Some were more powerful than the initial ones against certain regions of the virus, they had improved. In addition, as there was greater variety, they tested whether the defenses at six months were really broader, if they could be effective against variants of the virus that have appeared over time and that seem to escape more easily – although partially – immunity. Those that threaten to change the question when it seemed that we already had the answers.

There was also good news: while specific regions of many variants were not recognized by the initial antibodies, they were recognized by some of the new ones.

The results are also nuanced. The design of the experiments does not indicate how many of these people had developed defenses against the variants. In addition, they were carried out before those that concern the most now, such as the English and the South African, emerged, so they were not analyzed. And, “although the techniques used are those that must be done in the laboratory, we cannot know their exact behavior in real life,” says López Hoyos, who acknowledges in any case that the results “are encouraging.”

In the absence of knowing the scope, it seems proven that defenses generate a repertoire with memory and greater flexibility, which seems to train over time. The question that arises next is obvious: if this happens after infection, does it also happen with the vaccinations? “We do not know. It is something that will have to be studied,” acknowledges the immunologist. “Because of the type of response they produce, it would be logical to think so.”

There was one last unknown at work. If the behavior of the immunity against the coronavirus is typical of a chronic infection, of a continuous encounter with the aggressor, could it be that traces of the virus remain in some places of the body once the infection has resolved?

Saurabh Mehandru is a digestive system physician, a former colleague with the authors of the article at Rockefeller University and currently at Mount Sinai Hospital in New York. Now they contacted him again. Mehandru had been examining gut biopsies from patients who had recovered from the infection about three months earlier. Since the virus can also invade intestinal cells, it was a good resource to see if it could still be present there.

Of the fourteen samples he had collected, up to seven of them found fragments of DNA or proteins of the virus.

“Most likely, this presence does not have clinical relevance,” says López Hoyos. Although exact confirmation is lacking, it is thought that they are remains without infective capacity. “Even cases of persistent COVID-19 seem more associated with the inflammation generated than with the possible presence of the virus. But of course it could be influencing and promoting the evolution of defenses.”

In general, for López Hoyos “this is a study that we immunologists like. It is further proof that this coronavirus causes robust responses that are maintained for at least months. And that they may even improve over time. In my opinion, it is one more argument to prioritize vaccination in those people who have not had the infection. ”

The end of the article is also forceful, and reads like this: “The fact that memory B lymphocytes not only do not decline after 6 months, but continue to evolve, strongly suggests that individuals who have overcome the infection with SARS- CoV-2 can mount a fast and effective response to a new exposure. ”

For Michel Nussenzweig, “this is really exciting news.”