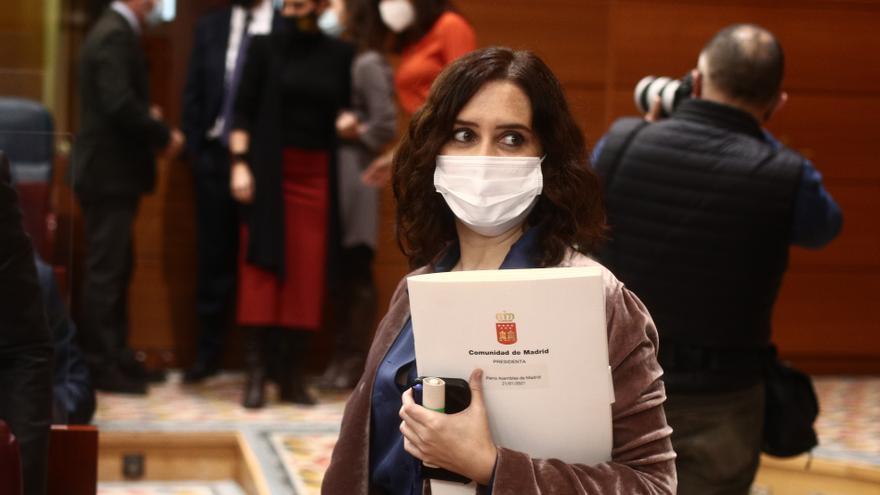 The president of the Community of Madrid, Isabel Díaz Ayuso, has to decide in the next few hours whether to approve more restrictive measures to stop the advance of Covid-19 in the region, which already has an accumulated incidence of 827 cases per 100,000 inhabitants at 14 days, three times what is considered “very serious”. Members of the regional government acknowledge to elDiario.es that “they are very concerned” about the evolution of the pandemic, as pointed out a week ago by the experts consulted by this writing “It is looking more like the first wave than the second.”

Among the new measures that the Ministry of Health is to request that the curfew be advanced (as the rest of the communities have already requested), prohibit meetings of non-cohabitants in homes and more restrictions in the hotel industry. The last word has it, however and as always, the president Isabel Díaz Ayuso – contrary to this type of measures – who is currently trying to convince from Health that these measures “are necessary and urgent”.

In the last 24 hours, 632 new coronavirus patients have been admitted to hospitals in Madrid. Another 71 have done it in the ICUs, which are already on the edge of the abyss with their capacity at 129%, and 63 people have died: the highest number of this third wave. A situation that has kept health workers on alert for more than a week and that now worries “a lot” also the technicians of the Ministry may worsen exponentially in the coming days.

The Government of the Community of Madrid chaired by Ayuso has been cloistered since the early hours of this Friday in a meeting in the house dependent on the Canal de Isabel II in the Madrid town of Manzanares el Real. Among other issues, according to several consulted sources, the 2021 budgets are being discussed, which are still stalled by the negotiations between the Government partners, PP and Citizens, who cannot find conflicting positions. But in addition, on the table are also the new restrictive measures to deal with Covid-19 with hospitals on the brink of the abyss that will be announced this afternoon.

In fact, the press conference every Friday in which the new measures are reported has been delayed to the afternoon to “have room” to “convince the president.” On the table there are measures such as prohibiting social gatherings in homes or advancing the curfew – although the latter continues to depend on the central government. They also propose the closure of at least the interior of the hotel business. In Health they are aware of the difficulty of the Madrid president giving in to these measures.

Ayuso was against this week to advance the curfew. “To further ruin the hospitality industry in Spain with me that they do not count,” declared the leader of the PP. “The administrations have to put all the necessary measures to continue combining health and life with employment. It is very easy to close businesses, send people home, but then recover them is impossible. And the hotel industry, shops and activity it has already been greatly diminished since March last year, “he defended. “If we continue to apply these measures, maybe we politicians will have more security, but they won’t.”

In the Ministry of Health they do not see it in the same way and this Wednesday they joined the request of the rest of the autonomous communities that asked to advance the curfew. The concern is “capital”, they acknowledge, with a cumulative incidence in the region that reached 875 cases per 100,000 inhabitants in 14 days on Thursday. It also scandalizes the state of the hospitals that already have 3,721 and 608 intensive care patients admitted for Covid-19.