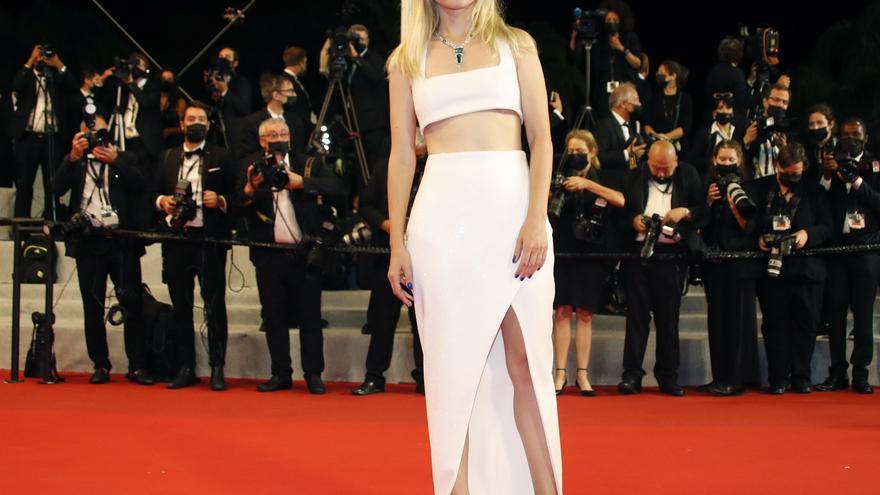 TIFF, which began last Thursday and will conclude on September 18, was also the setting for today's premiere of "The Eyes of Tammy Faye" in which Jessica Chastain plays the American televangelist Tammy Faye Bakker who created an entire television empire from his sermons.

"The Eyes to Tammy Faye", which is directed by Michael Showalter ("The Big Sick", 2017) and in which Andrew Garfield, Cherry Jones and Vincent D'Onofrio also take part, is Chastain's second film in the XLVI edition of TIFF.

Chastain also stars, along with the British Ralph Fiennes, "The Forgiven", an intense drama directed by John Michael McDonagh ("The Guard", 2011) and which was released yesterday on TIFF as part of the Galas program.

Precisely "Le Bal des Folles" and "Belfast", along with the Canadian "Lakewood", by Naomi Watts, have been included by the TIFF organization in the Galas program this Sunday.

In "Le Bal des Folles", Laurent, who is also co-author of the script, shares the lead with actress Lou de Laáge. The film is based on the novel of the same title by Victoria Mas and addresses the misogyny of mental illness treatment and psychiatry in 19th century France.

Laáge plays Eugénie Cléry, a young nonconformist from a wealthy family who suffers trances during which she communicates with dead people. Against her will, her family decides to place her in an institution for women in which patients suffer all kinds of abuse, under scientific excuses, by doctors.

Only Geneviéve (Laurent), a nurse at the institution, tries to understand Eugénie and treat her humanely.

In "Belfast", Brannagh sets the action in his native Belfast in the late 1960s when Northern Ireland was experiencing a climate of civil war between the Protestant and Catholic communities, a period known as "The Troubles."

It's this vibe of street fighting and Molotov cocktails in a working-class Catholic neighborhood that Buddy, a boy played by Jude Hill, grows up in. His only escape is the movies, his parents (Jamie Dornan and Caitriona Balfe) and his grandparents (Ciarán Hinds and Judi Dench).

Brannagh, who wrote the script, has acknowledged that "Belfast" is his most personal film. Meanwhile, critics have pointed out its similarities with "Roma", by the Mexican Alfonso Cuarón, starting with the fact that Brannagh's feature film is shot in black and white.

Finally, in "Lakewood," directed by Phillip Noyce, Watts plays a mother desperately trying to save her son's life.

Also today, "Lo invisible", by Ecuadorian Javier Andrade, was premiered at TIFF and is interpreted by Anahi Hoeneisen, Matilde Lagos, Gerson Guerra and Juan Lorenzo, among others.

The film, which is the first in Ecuador to be exhibited at TIFF in almost 20 years, explores through a woman who suffers from depression after giving birth to the pressure exerted on individuals to fulfill the roles that society expects of each one.