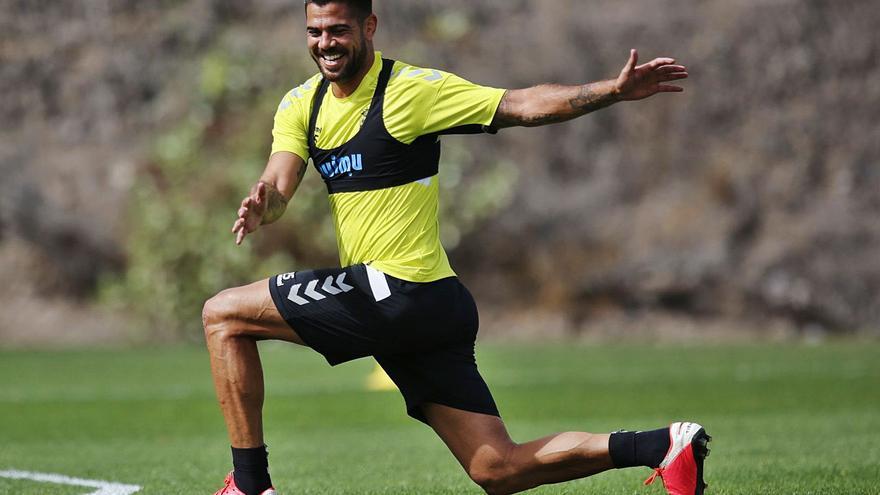 In that round of the competition after the break due to the 97-day pandemic, the goalkeeper Josep Martínez signed the record of unbeaten times of 400 minutes -the first four games and 40 ‘of the fifth-.

After the sinking of the Titanic in El Molinón (4-0) -the island team received four targets in 39 minutes in the last duel before the Covid-, Mel reflected and took advantage of the confinement to raise a steel wall. It was the key to the brilliant performance in the post-covid period – UD was the third best team in LaLiga SmartBank in those eleven rounds (18 points added: with five wins, four draws and two losses), only beaten by the promoted Huesca and Fuenlabrada-.

From the incontestable record of a conceded goal every 141 ‘to 45’. In 2020-21, four goals conceded in 180 ‘. Against CD Leganés, Juan Muñoz pushed into an empty door (1-0), Fuenlabrada uncovered the deficiencies based on centimeters and power (3-3). It so happens that the crash arrived after the meeting time. Goalkeeper Álvaro Valles, brilliant despite the bleeding, picked up the ball from his goal from 64 ‘to 84’. Muñoz (75 ‘), Nteka (64’), Ibán Salvador (79 ‘) and Kante (84’) mocked the reflections of the Sevillian goalkeeper at this start.

After yesterday’s double session, Mel finishes what will be the third defensive line in three days. Clean sheet operation. Before the cucumber block, Álvaro Lemos, Álex Suárez, Aythami Artiles and Dani Castellano formed at the beginning. With the expulsion of the Arguineguín defender (72 ‘), Mel turned to Cardona.

On the second date, with the absences of the captain -sanction- and the Argentine -injury-, Dani was sacrificed. Ale Díez, with a different leg, was a successful experiment. Álvaro Lemos, Álex Suárez and Eric completed the wall.

On Saturday (3pm, Movistar LaLiga) at La Romareda, Zaragoza de Baraja and Narváez await. He makes his debut in this league edition without filming. The UD accumulates 180 minutes and a sea of ​​doubts in the rear. With Álvaro Lemos and Ale Díez strengthened, Aythami Artiles Oliva is untouchable. Veterancy, stripes and discipline. The fourth piece is missing: Álex Suárez or Tomás Cardona.

The Gran Canaria, who shone in post-covid football with Mauricio Lemos, caused Fuenlabrada’s second goal with a comic hand. It was the frame of nonsense. Cardona, for his part, will arrive at La Romareda with five work sessions after his muscular mishap.

It should be noted that the Álex Suárez-Aythami Artiles formula responded with guarantees to the cucumber block – the Madrid goalkeeper arrived with Arguineguín’s expelled. Cardona is an acquisition that is required to become the owner.

Mel was categorical in his last press conference. No more Walt Disney concessions. “We made big mistakes, too rude (…) We do good things and we spoil them for things of the trade.” He longed for the presence of De la Bella – apart and who left on loan to Cartagena – as a wicker of cohesion. He demanded more intelligence in making decisions after the loss of the ball. “In the third goal [ante el Fuenlabrada] We also made the same mistake as in Leganés: not stopping the play ”.

Clean sheet. The novelist’s obsession. A pulse against history. In the 36 official visits -between the League and the Cup- to La Romareda, UD only shielded their goal on four occasions. The last one in 2015. With the third wall of the course, Mel wants to clone the rigor of post-covid.

Rayo Vallecano goes back to Girona to return to LaLiga Santander