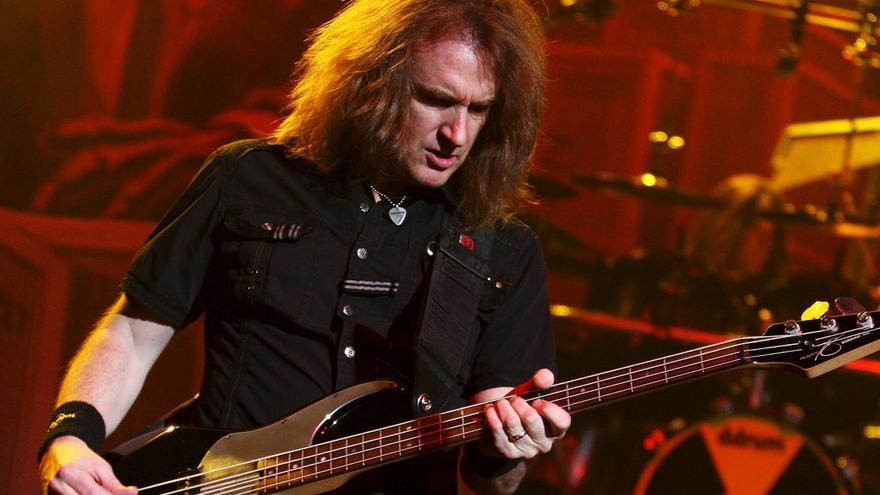 Los Angeles (USA), May 25 (EFE) .- The metal band Megadeth has decided to do without its bassist, David Ellefson, weeks after messages came to light in which they exchanged sexual content with a woman who was supposedly a minor.

“We inform our fans that David Ellefson will no longer be playing with Megadeth and that we are officially parting ways with him. We do not make this decision lightly, “the band said in a statement posted on their social networks.

At the beginning of May, a series of messages and explicit images in which Ellefson made sexual advances to a girl who was supposedly underage were disseminated on the internet, something that the musician denied, insisting that they were “private and adult interactions. , manipulated and taken out of context “.

In his defense, the bassist posted a message where the alleged woman claimed that she was an adult and that the entire exchange was “consensual.”

However, that post was later deleted and the girl’s identity was never confirmed.

Faced with the confusion, the band fired the bassist after explaining that they already had a bad relationship before the incident happened.

“While we do not know all the details of what happened, with an already strained relationship, what has been revealed now is enough to make it impossible to move forward together. We look forward to seeing our fans on tour this summer and sharing our new music with the world “, justified the training.

Megadeth is considered one of the great metal bands, along with Anthrax, Slayer and Metallica. The original group came out of this last line-up, as vocalist Dave Mistaine created Megadeth after being ousted from Metallica in 1983.