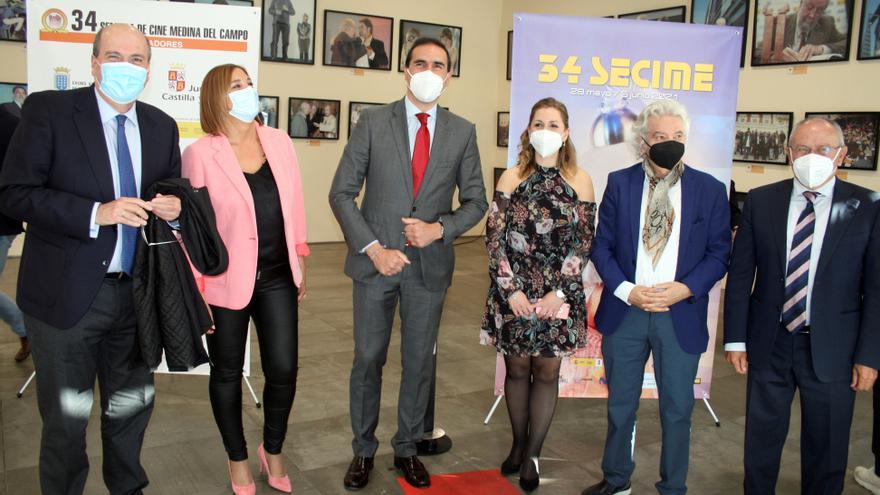 Medina del Campo (Valladolid), May 17 (EFE) .- The 34th edition of the Medina del Campo Film Week, which will be held from May 28 to June 5, will have Antonio Resines as the main protagonist, since it will receive the Roel de Honor of this contest, in which 23 absolute premieres will be screened.

In a very difficult year marked by the pandemic, as its director, Emiliano Allende, pointed out this Monday during the presentation of the festival, not only has the impulse to tell stories not be stopped, but he has encouraged it with an increase in the number of papers presented, which exceed 4,000.

In total, 1,713 applicants have been submitted to the 29th National Competition, in which 28 works will compete; 2,219 to the 24th International Competition, with 14 selected; and 117 to the 17th Video Clip Contest, in which 15 works will compete. To these are added another 16 works in the parallel section “La Otra Mirada”; 14 in the Castilla y León section and 7 in Fantasmedina.

He also highlighted that, of the 28 works presented to the national contest, 23 will be “absolute premieres”, with stories of a social nature and close to the essence and concerns of the human being and to which he has predicted numerous successes, since auteur cinema “write culture with letters of gold.”

The International Competition will also make it possible to check the direction the short film is taking around the world, with productions and co-productions from Ghana, China, South Korea, Egypt, Iran, Qatar, the United States, Canada, Argentina, Germany, France and Belgium Among them are the Oscar nominee “The Letter Room” by Elvira Lindo.

As in previous editions, the program will be completed with a summary of the highlights of the last year in the field of feature film, which will open, at the opening gala, the winner of the Oscar for the best foreign language film, the tragicomedy “Otra round “, by Danish Thomas Vinterberg.

At the 34th Medina del Campo Film Week, the career of Antonio Resines will be recognized, who will receive the festival’s highest distinction, the Roel de Honor, in addition to the work of David Pérez Sañudo, “Director of the XXI Century”, and the interpreters Susana Abaitua and Álvaro Cervantes, “Actress and Actor of the XXI century”, respectively.