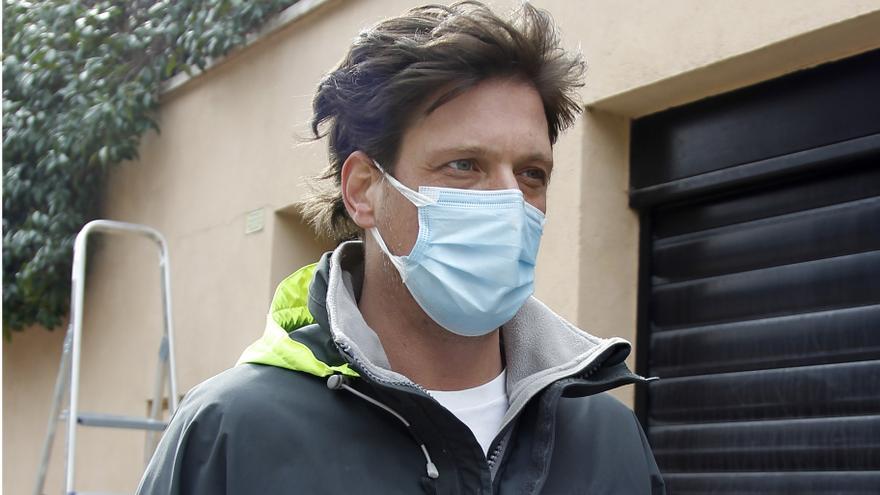 Luis Medina, one of the commission agents who did business with the Madrid City Council with defective material, declared in Anticorruption that it was the cousin of José Luis Martínez-Almeida who provided them with the telephone number of Elena Collado, the person who centralized the purchases of material and with whom they closed the sale of tests, masks and gloves with inflated prices. "I write to Carlos and he tells me, look, I'm going to give you this person's contact." Medina's version does not coincide with that of the mayor.

Until now, Almeida had assured that Medina contacted his cousin through a person known to both. And he has reiterated that his cousin gave him a generic email from City Hall that was used to centralize the processes of contracting material in an emergency situation. Medina, however, assures that he wrote to Carlos Martínez-Almeida, whose contact he had obtained through an acquaintance, and that he directly gave him Elena Collado's telephone number and not an email. It is Collado who dealt with Medina's partner, Alberto Luceño, all the details of the contracts for the purchase of material, which was negotiated between WhatsApp messages and calls, and who reported six million euros in commissions to these two businessmen.

In the statement in the Prosecutor's Office, to which elDiario.es has had access, Medina begins by saying that "he knew someone close to the City Council", and that Alberto Luceño had previously asked him to find a buyer for the material he could bring from China. Medina recounts how she gets in touch with the mayor's cousin, whom he mistakenly refers to as his brother.

“The person who gives me the City Council contact is the director of my old university, she tells me I know the mayor's brother, Carlos, well. She gives me his number and I write to Carlos, and he tells me look, I'll give you the contact of this person...”. Medina clarifies that this person is Elena Collado, a high-ranking official of the City Council and counselor of the Municipal Funeral Home, the company through which the material was purchased.

The prosecutor Luis Rodríguez Sol then asks him about his relationship with the mayor. Medina denies that he spoke with José Luis Martínez-Almeida about the contract at that time, and refers only to a message of thanks. The prosecutor interrupts him, and tells him that in the summary there is an allusion to a call. "Well, he called me, I don't remember exactly, to thank me," admits Medina, who insists that he has "no relationship with the mayor."

In the 40 minutes that the statement lasts, which took place on April 13, 2021, Medina presents himself as an international commission agent who has not had any intervention in the sale of the material to the City Council, and who limits himself to putting Luceño in contact –whom he has known for 15 years– with the consistory. "It's not criminal, I had nothing to do with it, I just put them in contact," he summarizes at the end of his statement.

Medina affirms that he agreed with Luceño to take a third of the commissions, that another third would go to Luceño himself and the rest to the Malaysian company. He affirms that he found out the day before going to testify that his partner had deceived him and had taken much more money by fixing the prices: “That is what I knew until yesterday afternoon, when I found out what this man It has been carried". He is also surprised to see that in the documents he presented to his bank there are false signatures: "I trust this boy, the truth is that he attracts attention, I am a mere... I have only put two people in contact" , he insists, and blames Luceño for the preparation of these documents.

To questions from the prosecutor, Medina says that he did not inform the City Council of the commission that he was going to take, but that he assumed that they knew that "there is nothing free." He assures that in the end he only took 10% of the total price and that this falls within the margins of international trade. He also justifies that he was doing business with other countries and that at that time the commissions were higher because there was a lot of demand and very little supply.

Medina also downplays the fact that the tests were defective, but he does say that he was alarmed when he saw the poor quality of the gloves they sold to the City Council, although he also justified himself for this: "Nobody came from the medical material sector." He insists that he disregarded the details of the business and limited himself to collecting his part. “Alberto called me from time to time [Luceño] to catch up, but he didn't tell me things very well either, ”he insists.

The prosecutor also asks about the final destination of the money, to which Medina responds with: "My expenses, my things." The prosecutor insists that he has to know where the funds went, and Medina admits the purchase of the yacht, and says that he put it in the name of a Gibraltar company because he still does not know where he wants to have it moored; he also details the purchase of bonds and some other transfers. The prosecutor warns that part of his assets may be seized; when the judge has tried, Medina no longer had money in the accounts.

Our readers were the first to know about this new case of corruption, because it was the journalists from elDiario.es who uncovered this exclusive, a week before all the other media echoed it. It is not the first time that it has happened: it already happened with the mask contract for which Ayuso's brother charged a commission. Also then, elDiario.es was the first media outlet to report on it.