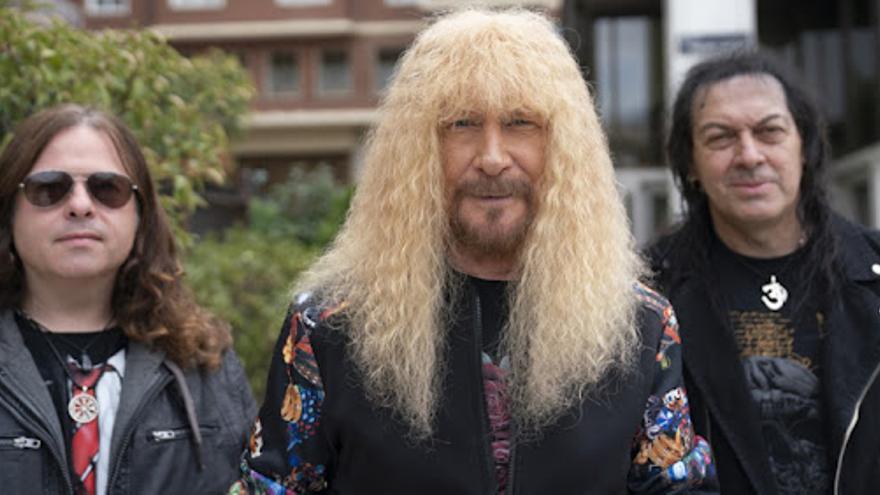 The Cordoba rock band Medina Azahara is premiering with his Twenty-first studio album, ‘The Day Has Arrived’, with which they remember their companions from Triana interpreting their greatest hits. “Their songs have always influenced us, that’s why we want to make this tribute,” they tell EFE.

“Medina Azahara has always been very attached to the music of Triana, since she began to make music, not only because from time to time we have interpreted his songs, but in our own way, but also when composing our own “, explains guitarist Paco Ventura in a talk.

It was in May 2020, in full state of alarm by covid-19 pandemic, when the two Manueles of the band, the keyboardist Manuel Ibáñez and the singer Manuel Martínez, decided to record the song “Llegó el día” by the Sevillian group, which became a trend on the internet.

“The people received it with great joy, so from then on we realized that we had to prepare an album with more songs from Triana to pay tribute to him“, says Martínez.

That version was lthe genesis of the hard rock band’s new album, which goes on sale on all digital platforms this Friday, conveniently titled “Llegó el día,” as the longest song published by Hispanics, contained in the homonymous album.

“That title is the most conducive to the situation in which we find ourselves, since the day of many things has come: the day has come to have a new company, to start a new era and to launch this new project that we already had in mind a long time ago. Besides, we think it’s a great song and it has a message that causes success, “explains Ventura.

The album is made up of eleven songs that are hymns, such as ‘Mr. Troncoso ‘,’ I want to tell you ‘or’ A Night of Desperate Love ‘, among others.

The first single from the album is the iconic song ‘Your coldness’, one of the most emblematic in the history of Spanish progressive rock, and which was composed by its former vocalist, Jesús de la Rosa, who died prematurely in a car accident in 1983.

“For the selection we relied on was that, first, they were loved and known to the public; and second, that they had a very Medina Azahara musicality, with our spirit. They are songs with which we feel comfortable when interpreting them “, points out Ibáñez.

The tribute to Triana has also led to the album cover, which imitates another from a compilation album by the Sevillian band, entitled “Sé de un lugar” (2004).

This new work, the first that the people of Cordoba have performed with Concert Music Entertainment and which has had the production, arrangements and musical direction of José Luis Figuereo, better known as El Barrio, is accompanied by a concert tour that will begin on February 11 in Seville and will pass through Cádiz (February 18), Barcelona (March 3) and Madrid (March 13).

In it they will introduce details such as flamenco and acoustic guitars, a gospel choir, clapping, cajones or dance, mixed with the electronics of Medina Azahara so that the final part of the concerts “is more moved”, they indicate.