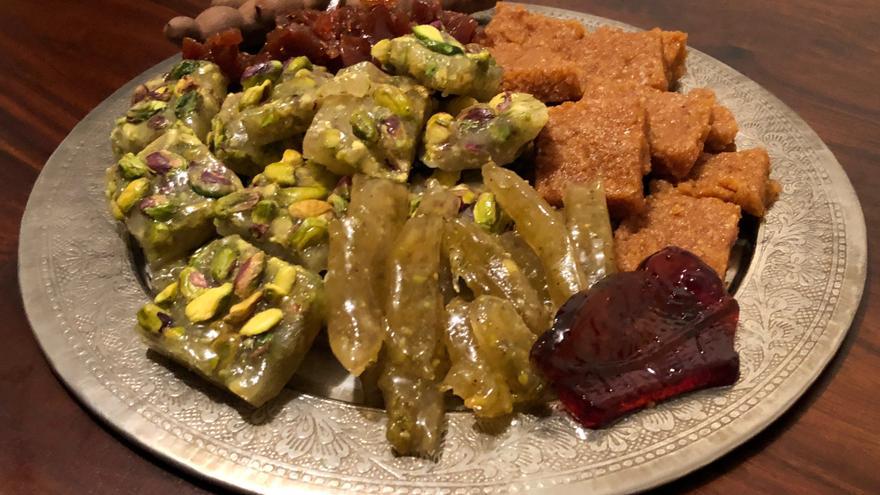 Beirut, Jan 28 (EFE) .- The emergence of the Ottoman Empire and the Colombian exchange were simmering when the Egyptian Ibn Mubarak Shah compiled one of the last testimonies of medieval Arab cuisine, writing the secrets of that changing era before four centuries that no cookbook survived.

Did some of the most famous Arab sweets already exist in the Middle Ages? o Why were certain ingredients stopped being used? These and other questions find an answer in the recently published “The Sultan’s Feast”, which not only walks the reader’s taste buds through 332 recipes and tips, but also unwittingly reveals a myriad of culinary tricks.

A BRIDGE BETWEEN AGES

Durham University professor Daniel Newman, translator and editor of the work, explains to Efe that it is one of the few Arabic recipe books from the 15th century that have survived to the present day and affirms that its importance lies at the time of its creation, when “things were about to change dramatically.”

And it is that then the two great events of the following century were already in the pot: the appearance of the Ottoman Empire, with the consequent transfer of the gastronomic epicenter to Constantinople (modern Istanbul), and the arrival of food from the New to the Old World after the discovery of America.

“Today most Middle Eastern dishes contain tomatoes, potatoes or chillies, none of which existed (in the Old World) when Ibn Mubarak Shah was compiling his collection of recipes,” recalls the also head of the Department of Studies Arabs at Durham University.

It is true that more than half of the recipes for “The Sultan’s Feast” drink from other previous sources, mostly from a 13th century book, but for Newman this is also a plus, since it allows us to know what dishes survived until the 15th century.

“It also provides us with a unique understanding of the developments in the culinary tradition, since it is not a manual like some of the previous ones that were directed exclusively at the royal court or the nobles. He actually compiled the recipes for his own use,” he reveals The teacher.

Vinegar and the “murri” seasoning were widely used in the 15th century, but unfortunately it is not known why they disappeared. The following surviving Arabic cookbooks date from the late 19th century, when the elite used to “copy Paris” in the kitchen and European influences predominated.

Yes, we can guess the ins and outs of those ingredients that were replaced by others, such as taro root, a “lower quality potato” that palates gladly exchanged for the new tuber brought from America.

However, there are many seasonings that have remained until today: from salt, pepper, coriander, cinnamon or saffron, to those that are less common such as cumin, poppy seeds or sumac, lists Newman.

Perhaps the most surprising thing is that some of the “most emblematic” Arab desserts already existed in a “very similar” way centuries ago, he indicates, giving as an example the “qataef” – buns stuffed with nuts -, the “zalabia” – balls. fried dough- or “sambusak” – salty dumplings in the present, which in the Middle Ages were generally sweet.

In addition to recipes from this “sophisticated” and “technically complex” cuisine, Shah gives us a series of practical tips to make the medieval stoker’s job easier: “Of course, talking about food also tells us a lot about the people themselves. “, maintains the expert from the University of Durham.

From how to prioritize hygiene to how to choose between the soapstone, terracotta, iron or tinned copper pans available at that time. Also what type of oven to use -the house did not usually have, they concentrated in the market place- or the perfect time to add the ingredients.

It is difficult for Newman to decide which is his favorite recipe for “The Sultan’s Feast”, but he clarifies that among them would be the “shish barak” or “Arab ravioli”, which he recently had the opportunity to try thanks to a recreation of dishes.

For those who want to make “shish barak”, the Egyptian poet recommends cooking dough cut in circles and well crushed in boiling water, stuffed to your liking and, once cooked, served with a sauce of yogurt and pomegranate seeds. Take advantage!