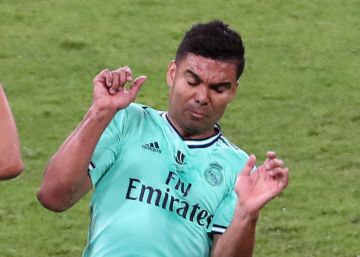 Mediaset seems to have won the open battle against the National Professional Football League (LaLiga) in the litigation on the summaries of the football matches of the Spanish competition. Thus, the Supreme Court has dismissed the appeal filed by the LaLiga against the judgment of February 6, 2018, issued by the Administrative Dispute Chamber of the National Court, which confirmed a resolution of the 2016 CNMC , considering the brief informative extracts of 90 seconds per game. In addition, the Supreme Court has established jurisprudential doctrine.

Similarly, according to sentence, an extensive interpretation of article 20 of the Spanish Constitution is not noticed, such as that of the Judgment of the first Chamber invoked, so that the allegation that the appellant maintains can be rejected.

The Supreme Court indicates in its foundations that the brief informative summary referred to in the General Law of Audiovisual Communication (LGCA), in relation to the national football championship, is identified with each event or event individually considered regardless of whether it is framed or not in a sports competition or in a unitary set of events. Therefore, on each league game it is considered that 90 seconds is a sufficient and adequate time to ensure the right to information of citizens.

The ruling recalls the limitations established by the CNMC in its resolution: the expiration of the right to issue the summaries within 24 hours of the end of the match and the use, within that 24-hour period, only in two general informative ones.

With respect to the right to property and freedom of enterprise, sentence It indicates that it is not disproportionately affected, nor would the issue without compensation be an inordinate inconvenience, given that the League can commercialize the exploitation rights of the audiovisual contents of the National League Championship of the First and Second Division, without prejudice to the fact that may affect the value of the offers provided in the Law itself.

The ruling adds that it is the LGCA itself that allows access to the stadiums to prepare the brief information summaries and responds to the declared primacy of the right to information in the form and with the configuration of short summaries and this does not imply, nor has accredited, a disproportionate limitation of the rights of LaLiga, holder of the exploitation rights, of an essential part of its economic exploitation and therefore, of the patrimonial content of this right and of its possibility of contracting the rights of retransmission in favor of One or more stations.

Rights. LaLiga had considered that article 19.3 of the General Law of Audiovisual Communication damages property rights and freedom of enterprise, insofar as it seriously impairs its power to commercialize audiovisual content and does not respect the necessary harmony advocated by the Supreme Court, the Constitutional Court and EU Court of Justice among the above-mentioned rights to information and freedom of enterprise and information.

Benefit. In his opinion, there is an immense benefit for audiovisual media without rights that issue the brief information summaries in contrast to the economic damages to LaLiga, understanding the duration as excessive.