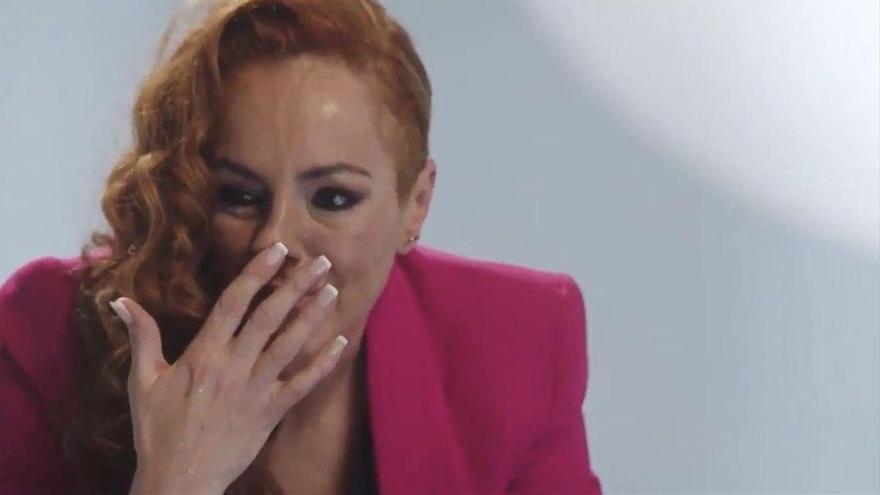 The revelations and confessions of Rocío Carrasco on Tele-5 on the alleged physical and mental abuse suffered during and after his relationship with Antonio David Flores not sadly habitual have they ceased to surprise and outrage. The story of a suicide attempt, of the loss of relationship with their children, of physical and verbal aggressions has raised a new wave of solidarity and sisterhood and has reignited the debate of the persistent and immutable sexist violence.

But for Tele-5, the broadcast of the first part of the documentary ‘Rocío: tell the truth to stay alive’ has meant a new e undeniable audience success with 3.7 million viewers and a 33.2% audience share. The ‘show’ presented by a grave Jorge Javier Vazquez It was seen at some point by 9,597,000 people, according to data from Barlovento Comunicación.

With the issuance of 120 advertisements, at 30,000 euros according to the Tele-5 rate, Mediaset in the 120 minutes of the report, it collected the not inconsiderable figure of 3.6 million euros. A good business, and that’s what it’s all about, doing business.

A business based on the exhibition of the personal virtues and miseries of public figures or more or less famous that one day after another can be criticized and reviled, as the own Rocio Carrasco it has been because of her ex-husband for years on the network’s programs, or one night to become the absolute protagonist and be raised to the altars or go down to hell, as has happened to Antonio David, suddenly ‘fired’ by Tele -5 after the broadcast of the documentary.

‘Sálvame’ announces the termination of Antonio David Flores’ employment relationship with the program and the producer. In addition, Mediaset extends this measure to the rest of the group’s programs https://t.co/ogBi3IJ9an

‘Tonight we crossed the Mississippi’ and ‘La Noria’

Since its inception, Mediaset, and specifically its star channel Tele-5, have always shown a special fondness for the exhibition of the ‘viscera’, in the words of the television critic of EL PERIÓDICO, Ferran monegal.

Programs where morbid, sensationalism, the thick headline and feigned or directly sought scandal have been the norm. It should be noted very especially in this regard ‘Tonight we crossed the Mississippi’ (1995-1997), presented by the journalist Pepe Navarro, and the parallel trial that for weeks he made of the crime of Alcàsser, or the mockery and derision, more or less evident, that he made of characters like the poison. And the ‘La Noria’, with the controversy that the interview, for payment, with the mother of ‘the Cuckoo ‘, the minor involved in the disappearance of Marta del Castillo in 2009.

A pioneer ‘Here is Tomato’ and a later ‘White Ants’, with a plethora, extroverted and increasingly popular Jorge Javier Vazquez, they began to show and treat in a different way the until now venerated and respected characters of the coated paper or the pink press.

‘Big Brother’ and ‘The island of temptations’

Spaces in which the objectification of women and macho and toxic attitudes were very present. The popular Mamachicho and its ineffable choreography in ‘Tutti frutti’ and ‘Las noche de tal y tal’, in which a Jesus Gil with a gold crucifix around his neck, he commented on the news from a jacuzzi surrounded by exuberant young people in bikinis. Or the ‘dating show’ of easy flirting ‘Contact with touch’, with Bertin Osborne, and ‘I stay with you’, with Jesus Vazquez, where several men were invited to choose between two or 20 women depending on the space.

Fani and Christofer, media couple of ‘The island of temptations’

Programs such as ‘Big Brother’, which also sought and abused situations and dantesque and reportable moments, with the sad and already historical episode of the expulsion of Carlos ‘el Yoyas’ Navarro for verbal and physical violence against Fayna bethencourt in the 2001 edition and especially with the case of Carlota Prado, the young woman allegedly raped by another contestant, an event that is in court.

‘Nocturnal animals’, with Cristina Tarrega, where they made their first steps characters that would later become part of the chain’s regular staff and in which the ‘and you more’ , ‘Men, women and vice versa’, a space recently canceled due to its low audience ratings, but in which jealousy, crying, recrimination, betrayal, yelling, rivalries and gender stereotypes have been part of the usual script for 13 years. Or ‘The island of temptations’, the chain’s latest sensation with more than estimable audience results, where several couples are directly invited and incited to infidelity and betrayal live and direct.

But above all and all the magazine ‘Save me‘, figurehead of the chain and pennant of hook of thousands of spectators, where the sentimental scuffle for years that fuels the program.

Jorge Javier, yesterday in ‘Save me’ Telecinco

Characters that feed and give feedback, that one day they are judge and the other party. Victims or executioners. That they accuse or are accused, that one week they criticize and the next day they are criticized in a parade that takes them through the different sets of the chain until they are exhausted for the good of the audience and the business. And it is that, as he said in his day Paolo Vasile, CEO of the chain, “We make television for advertisers”.