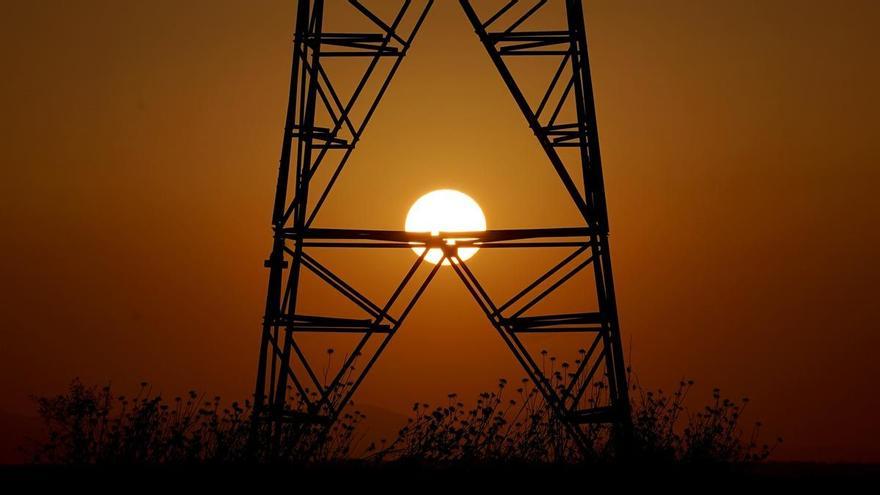 This particular snowball begins to fall downhill in Austria last October 26. It is then that the Government announces a Security Law to establish a framework for action in times of crisis that gives the army more power. The Minister of Defense, the Conservative Klaudia tanner, launches a campaign to prepare citizens for the “real danger” of a “great blackout” in Europe that could occur within five years. 6,000 posters are displayed in Austrian streets and advertisements under the title “What to do when everything stops” with practical advice such as buying candles, batteries, drinking water and fuel.

Concern about a blackout in Austria is not new. The administration, the Armed Forces and the energy producers of the transalpine country – landlocked and dependent on the gas Russian – have been preparing for years for a hypothetical and unlikely power outage. As they do with other scenarios crisisIt is something to study, not imminent. In another context, this prevention message would have been buried by other information, but the current one – marked by the supply crisis, the risk of energy shortage and the rising cost of electricity – is more tense and prone to power the fear. Still, in Austria this supposed “great blackout” has not become the subject of hysterical debate. Why has it happened in Spain?

The media overstates the problem

The European dimension of the Austrian alarm makes the “great blackout” quickly jump to the media in European countries such as Spain. Can it happen here? They wonder. Few analyze the question in depth, providing data on the capacity of the Spanish energy system to “guarantee supply”. Meanwhile, many others make lists with survival kits in case of national emergency or give advice to prepare for a tremendous scenario: a cold snap without gas or electricity.

Despite the problems with Algeria, which will supply Spain through ships, not the oil pipeline that crosses Moroccan territory (with whom it is in dispute), both the Government and experts in the sector dismiss the alarm “completely emphatically” and emphasize the robustness of Spanish energy. “If the fear is of a prolonged blackout that could leave our country without supplies for long enough to make daily life uncomfortable, they should not have it, this is not going to occur here,” the president of Red Eléctrica de España, Beatriz Corredor.

Regardless of its improbability, the message of a “great blackout” has already gotten through. Large supermarkets and neighborhood hardware stores in large cities of the country detect how the demand for kitchens and gas stoves, flashlights and the like, products that televisions, radios and newspapers had added in their ‘survival kits’. Interest in this topic is also triggered in searches on Internet. The reaction surprises in Austria. “The announcement of the blackout has unleashed panic abroad (…) In Spain people have begun to prepare for an emergency, even if it is considered extremely unlikely ”, explains the newspaper ‘Heute’.

This hysteria cannot be understood without the amplifying role of the media. “When you receive a bombardment of news in a few hours of the same subject is when fear blooms,” he explains Carles Pont Sorribes, professor of journalism at the Pompeu Fabra University (UPF). This doctor in social communication points out that oversize of the media is due to “the competition to be the first”, a business of immediacy “that damages the contrasting of the information” and that leads to “bad ethical practices” that “undermine the credibility of the journalistic profession”.

1 / About the possible blackout. Please don’t fall into the toilet paper panic again. It is highly unlikely that a generalized and lasting blackout can occur in Spain. The maximum power demanded during Filomena was 40,000MW and we have a capacity of 113,000MW. pic.twitter.com/oqhPnHG8Zj

The media are not the only ones who benefit from the echo that gives this false alarm. In Austria groups of extreme right and several conspiranoicos give him the hypothesis of the “great blackout” and link it to a strategy “caused by the powerful” to impose a new order, according to ‘Der Standard’. Those same groups make money selling books and products related to the apocalyptic panorama that they draw.

This strategy has its exact replica in Spain. Jorge Buxadé, Senior Vice President for Political Action Vox, appears in a darkened room only lit with a lighter, reads alarmist headlines and links what he calls “information terrorism” to an alleged conspiracy from Pedro Sanchez to “impose the climatic religion.” A common maneuver to exploit half-truths and distort them to link them with their anti-globalist and anti-immigration propaganda.

Those attempts to co-opt the public debate and advance its agenda go beyond the extreme right parliamentary. From groups anti-vaccine neo-fascists like National Democracy they activate their megaphones of conspiracy: the media are allies of a hidden plan of the elites to “keep the population in a state of terror” and thus more easily subject them to climate development objectives such as the reduction of carbon dioxide (CO2), which Vox also criminalizes. In this malefic cabal, which they also associate with xenophobic and anti-feminist postulates, vaccines and the 5G they are other ways to paralyze citizens.

Have a political or economic intention to capture a loophole of public attention, fear creeps and spreads. Telegram, WhatsApp and Youtube they become key channels for this diffusion, but not the only ones. Maldita.es verifiers explain having received disinformation since mid-October in more than 40 different formats. Due to their proximity, personal chats make the fear of a “great blackout” penetrate more in those who, as Pont Sorribes points out, have less ability to contrast what they receive: “The elderly are the ones who have fallen the most into the trap” .