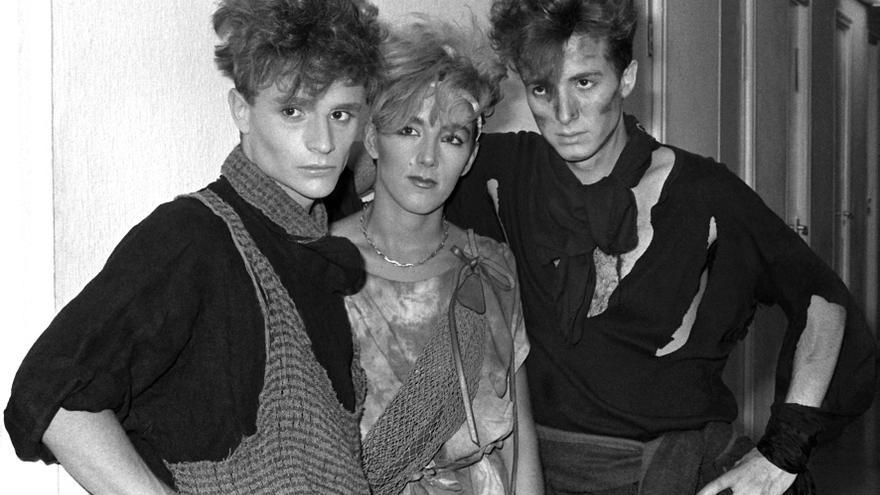 Madrid, Jun 12 (EFE) .- The history of Mecano has already reached forty years, which on June 14, 1981 launched its first song, “Today I can’t get up,” which sounded different and broke schemes for the public. and the radio formula, but which became a success and the stone on which his legend began to be founded.

It all started when José María Cano asked his brother Nacho and his girlfriend at the time, Ana Torroja, to accompany him at his concerts as a singer-songwriter. That was how they met producer Miguel Ángel Arenas, alias Capi, who years later would also be the discoverer of Alejandro Sanz, and together they laid the foundations of the phenomenon.

It was he who got his first contract and who recommended that Torroja advance positions and go from just doing the backing vocals to becoming the main vocalist. It also seems that the chemistry he established with the youngest of the Canos was special and that he, determined to contribute more to the band (most of the songs were then written by José María), began to compose.

On a hangover morning, the lyrics to “Today I can’t get up” came to his mind, apparently a little poetic content, but with an overwhelming daily life with which it was difficult not to identify that effervescent generation of the Movida that wanted to shake off the remains of the dictatorship burning the night.

“It was one of the first songs that Nacho and José wrote, and the first that we recorded. At the beginning of our career it was the company that chose the singles and, although nobody was very sure if the song was going to work or not, it was decided that this was the clearest letter of introduction. We are not wrong! “, celebrates Ana Torroja in statements to Efe when recalling those days.

Its launch (on the exact date of which there are discrepancies) did not produce overwhelming results at first. Curiously, the real impulse came from Valencia, where the local station 40 Principales began to play them with vehemence and confidence in their technopop touch and this infected the public. In the end, the parent network had to put them back on the list (from which they had been removed after only two weeks).

This is how Javier Adrados, together with the journalist Carlos del Amo, recalls the biography “Mecano: La Fuerza del Destino” (2004), of which a new version was recently published with Plaza & Janés, simply titled “Mecano”.

The official single featured the song as side A, while side B featured “I want to live in the city”, a celebration of the suffocating life in the city that is Madrid, with synthesizers in the foreground and the voices of the three members of the group interspersed in their lyrics.

“I remember that feeling of not knowing very well where I had gotten myself and the freedom of the first time you stand in front of the microphone, without prejudice or pressure. And also the strange feeling of hearing my voice, for the first time, on a station I didn’t recognize myself. It was as if someone else was singing. Even today I find it strange to listen to me, “Torroja points out as he looked back.

The success of “Today I can’t get up”, produced by Jorge Álvarez and arranged by Luis Cobos, paved the way for the subsequent release of “Lost in my room”, which affected similar aesthetic and thematic patterns in order to confirm if the bet on the trio really deserved a full album.

“The company did not trust them”, confirms Adrados, and tells to illustrate it as an anecdote that in a convention of the CBS, his record company at the time, they were seated … “at the table next to the bathrooms.”

But time proved them right, especially after the release of “Mecano” (1982), his first album, which opened precisely what had been his debut song. The song “I sneaked into a party” as a first preview quickly garnered great success in sales that ratified equally historic hits such as “Makeup.”

The combination of the talents of its members, their eclectic musical taste, their ambition and their conceptual positioning towards music, among many other factors, led them to reach an international dimension that since its abrupt dissolution in 1998 has not stopped causing headlines every time. that the possibility of a new meeting is cherished.

For Adrados, his biographer, the reasons are clear: “Mecano were irreverent, perhaps more than they pretended or knew they were. The great sign was that of an absolute modernity, so much so that 40 years later it is still remembered. The time they have put them in their place and they have probably been the most revolutionary group in Spanish pop, both here and in the entire Spanish-American market, with an imprint here comparable to that of the Beatles in the Anglo-Saxon “.