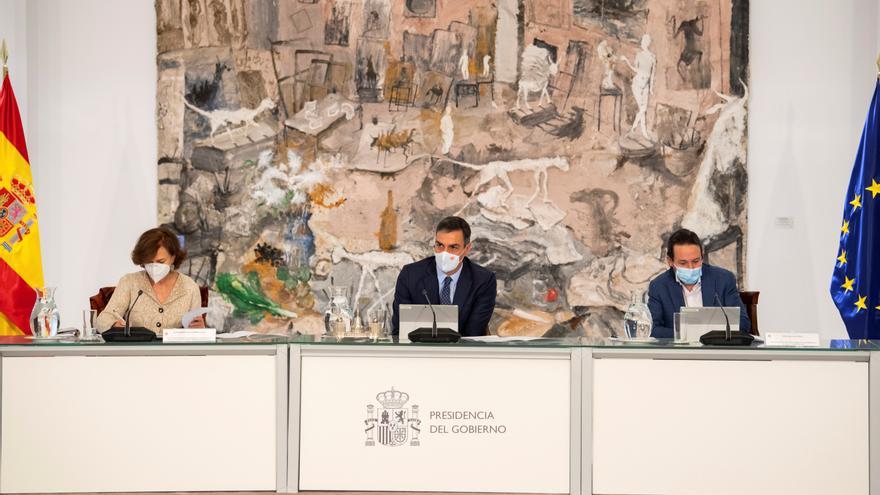 Pedro Sánchez has announced the agreement reached in the Council of Ministers this Sunday to decree a new state of alarm in Spain. It is the fourth time in the entire democracy that this tool provided for in the Constitution has been used, and three of them have been in 2020 - counting the state of alarm that was declared only on the Community of Madrid. It comes into effect on the afternoon of this Saturday, October 25 and applies to the entire country. It does not imply house confinement or sole command of the Ministry of Health like the one that began on March 14, but it does imply restrictions on night mobility and legal coverage for communities that need perimeter closures of their territory. This is what the president and ministers have decided.

Mandatory curfew from 23 to 6, with a margin of one hour

The decree forces the prohibition "of freedom of movement from eleven at night to 6 am" throughout the country except the Canary Islands - due to the "very positive" epidemiological situation in that region currently, according to Sánchez. In other words, a night 'curfew' throughout Spain. The communities will have a margin of one hour up or one hour down to implement it: it can start at 22 or 00, and it can end at 5 or 7 in the morning. At that time, during the state of alarm, it will only be possible to circulate for reasons of force majeure, in the words of Sánchez: "Return home, purchase of drugs, work reasons ...".

As was already established in many autonomous communities, the maximum number of people that can meet in private spaces will be 6.

The government's state of alarm provides legal coverage for perimeter confinements, that is, it allows the communities to close the territories but does not oblige them. "They may decide to limit the entry and exit of part of their territories, or of the entire community," Sánchez summarized. In other words, the decision rests with the communities and will depend on the epidemiological situations. Sánchez has mentioned several times that the indicator has to be the 'traffic light' approved last week by the Ministry of Health with the communities, which establishes some parameters of incidence and healthcare pressure with which to qualify alert levels of zones.

There is no single command of Health

The authorities delegated during this state of alarm will be the regional presidents, and the body for cooperation and "co-governance" will be the Interterritorial Council of the National Health System, the meeting held weekly by the Minister of Health, Salvador Illa, and all the regional councilors of the branch. The Ministry of Health will therefore not have a single health command as it had from March to June, the competences in the matter continue in the autonomous communities.

At first, the state of alarm is approved for 15 days, because it is the period during which the Government can decree it unilaterally, but the objective of the Sánchez executive is to extend it until May 9. Six months. They will debate that extension next week in the Congress of Deputies, where they hope to obtain sufficient support, "I ask for overwhelming support." If it goes ahead, the Health Minister "will render accounts" in Congress every 15 days, and the Government "hopes" that the regional presidents will also do so in their respective parliaments as delegated authorities.

Sánchez justifies such a distant date - in spring the state of alarm was always extending from 15 to 15 days - in giving a "horizon of certainty" to the citizens. It obeys, he says, "technical and scientific criteria." Six months, the estimated time "we need to begin to overcome not only the second wave but the worst of the pandemic" will be when winter passes and the climate in Europe is also more favorable. However, "it is not a fixed deadline", "if we can overcome the emergency sooner, it will be lifted immediately (...) But for now it is the necessary deadline based on science".