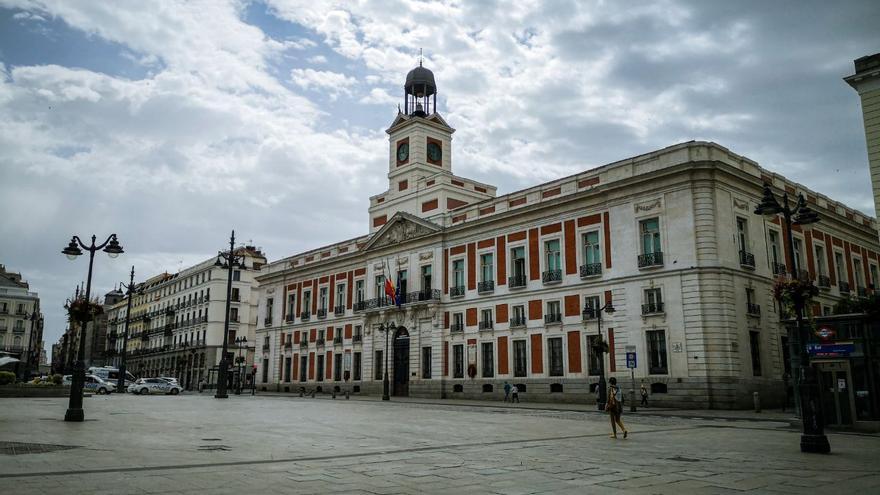 In his last notice, Minister Salvador Illa told the Government of the Community of Madrid: “We are already late and we must act with determination (…) If we do not take control, much tougher measures will have to be taken.” The Ministry of Health achieved this Tuesday that the Executive of Isabel Díaz Ayuso accedes to its recommendation to take capacity and mobility control measures in all large cities with an incidence of COVID-19 greater than 500 cases per 100,000 inhabitants in the last 14 days instead of only in the 45 health zones that it selected (with a incidence of more than 1,000), although conditional on the criterion being applied to all of Spain. Also to be approved this afternoon in the Interterritorial Council by the rest of the regional councilors, and then “in a matter of days” the restrictions come into force. Meanwhile, time continues to run in Madrid.

Several experts consulted agree: the region, which has the highest rate in Europe according to the European Center for Disease Prevention and Control, should have tightened its actions weeks ago in a line more similar to that demanded by the minister , and every day that passes the situation is complicated because the infections are increasing. “Madrid is running out of time and if it does not act it will be worse. The longer it takes to take measures, the more the transmission and the curve will grow and the only way to stop it will be almost total confinement, one more similar to March. Indeed we are late: Madrid had to take measures four weeks ago, and the Government has been rigorous two ago “, sums up Daniel López Acuña, former director of Sanitary Action of the World Health Organization. The Madrid ICUs are, according to the latest data, 41.87% occupied by COVID-19 patients, and the incidence has escalated to 714 cases detected per 100,000 inhabitants during the last 14 days. This same Tuesday, in its last protocol, Madrid renounced the tracking of non-cohabiting contacts, unmistakable sign for specialists in management lack of control.

Every day that passes, “a waste of time”

How much time do we have from now? “The measures should be taken in the next 24 hours. We no longer have a week to spare. Every day that passes is a waste of time,” responds Acuña. Ildefonso Hernández, spokesperson for the Spanish Society of Public Health and Health Administration (SESPAS) agrees: “The margin ran out a long time ago. It is too late for everything, but it will be later if we continue to wait. If it does not end, having an agreement with the Community , the Government would have to intervene immediately. ” And Pedro Gullón, member of the Spanish Epidemiology Society (SEE): “It has to be as soon as possible. Always better tomorrow than in a few days.”

Margarita del Val, virologist, director of the CSIC Global Health platform, also warns about the deadlines: “If we act right now, we will have about two weeks in which it takes time to see the effects, and cases and deaths continue to rise, it is the time when people who are already infected before and who are quietly incubating show their faces. ” Because the two weeks that remain from now on may be harder than the previous ones, “I anticipate that the rise will not be the same as in the previous two weeks, but faster and more powerful. Because we have already entered the cooler season in Madrid, which has an influence on not being able to resort to safer behaviors such as outdoor activities “. This is what happened, recalls the scientist, with influenza A in 2009, which is transmitted in a very similar way to COVID-19 and was more powerful between October and November. “Hopefully, the progression of cases is already accelerating, to levels that are not yet noticeable.”

What is asked: an adapted ‘phase 1’, not sealing Madrid

And what is Madrid late for? To apply measures that can still be more or less gentle. What Illa has been asking of the Community, and many specialists defend, is not a total closure, but rather to return to something similar to phase 1 of the de-escalation. “It’s about what it was like to start to lose focus. We are not talking about sealing Madrid, but about reducing interactions and stopping those that have been shown to be great transmission channels: large meetings, mobility, bars. No asymmetries, because Madrid is bad in all the zones, those of 1,000, those of 700 and those of 400 “, continues López Acuña. Gullón is betting that “reaching confinement like the one in March will be avoided until the end. We still have room for it not to be done.”

A phase 1, yes, which should include reinforcement of Primary Care and other associated measures. Del Val proposes “diagnosis by antigen, tracing, quarantine and isolation; improvements in the frequencies of public transport and provision of daily masks. And labor and social support to facilitate compliance with quarantines and isolations”. The virologist also remarks, and her colleagues agree with her, “Please, open parks and walks during the day, controlling large gatherings. Moderate exercise is generally good for health but this and exposure to the sun are especially good for the immune system “.

The measures proposed by Health to the CCAA, The draft of which elDiario.es has had access to this Wednesday, they pass through the closing of shops at 22.00, that of restaurants, bars and betting houses at 23:00; the limitation of capacity in these venues and in sports venues – 50% indoors, 60% outdoors, the prohibition of consuming at the bar -; restrictions on mobility –except for work, studies or care–; set the number of people attending a meeting to a maximum of six people, the closure of parks and, also, the limitation of capacity in places of worship (one third of the total), wakes (10 people indoors, 15 outdoors) , funerals (15 people) and driving schools and academies (50% of the total).

The effects will not arrive before two weeks

The deadlines that Del Val gave to begin to notice effects, not before the next two weeks, are also shared by all. “You have to look back: fifteen days is what it took in March to reach the peak and begin to go down the curve. It will not be noticed before,” adds López Acuña. “Once the measures are taken, it is necessary to assess in those periods if the trend changes, sooner it is soon. Perhaps later some should last longer, for example surveillance, and others can be made more flexible”, reflects Gullón.

The president of the SEE, Pere Godoy, explained that Madrid, at least, had a “hard work” of between 5 and 6 weeks left. “Four weeks ago it would have been effective. Now we are going to put all the effort, but maybe it takes more,” says Acuña.

How can the government oblige?

If Madrid does not definitely give its arm to twist, or if the agreement does not finally materialize, the government’s path is not clear either. The options that have flown over since Illa began to demand more determination are four: state of territorial alarm, article 155 of the Constitution, General Law of Public Health, and Decree of New Normality. All have “strong political implications” and complexity, recalls Juan Luis Beltrán, former president of the Association of Health Lawyers. But, in his opinion, “I would lean towards the state of alarm for health reasons.” It is “the one that best qualifies you for an intervention” and, above all, “it can be applied in the most immediate way”. It was also very difficult for the Government to opt for that rather than force Madrid: the first state of alarm can be decreed unilaterally, but after 15 days, they would need a majority in Congress. Its application in just one community is unprecedented in a democracy.

Number 155 “is for more politically complicated situations, here there is no breakdown of the state,” continues Beltrán. And the Public Health Law and the New Normal Decree, which reserve separate sections for situations of “urgency” or “need” in which the State can act, “I understand them for more specific actions, not to take control of health “. Ildefonso Hernández, as director of Public Health (2009-2011) of the Ministry at that time, participated in the drafting of the Public Health Law, and also considers it too “ambiguous” to be able to do something like that with it. “It is true that we surely lacked something about pandemic management,” he acknowledges, so he would also see the state of alarm as the only way out.