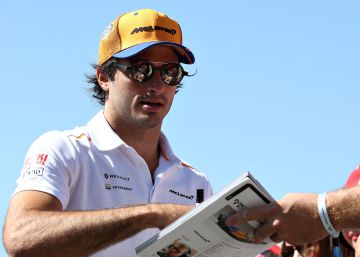 The Spanish Carlos Sainz and the British Lando Norris have been responsible for announcing through a video posted on the team's social networks that in 2020 will remain the McLaren Formula 1 team drivers. Seated on the hood of a car and "close of any pub "in the United Kingdom, Sainz and Norris confirm in the video their stay at McLaren in 2020.

Carlos Sainz was announced last August by McLaren as the substitute for Fernando Alonso, who at the end of the 2018 season retired from Formula 1. He signed a two-year contract. The Spaniard is facing his fifth season in Formula 1 after having driven for Toro Rosso (2015-October 2017) and for Renault (October 2017-2018). With the McLaren, Carlos Sainz has played this year nine great prizes, with two sixth places (Monaco and France) as better results. His best place on the grid was the sixth in France.

For his part, Lando Norris signed another multi-year contract with the team in September last year, replacing the Belgian Stoffel Vandoorne. He was part of the program of young McLaren drivers since the beginning of 2017. Norris also has two sixth places as best results, where appropriate in Bahrain and Austria.