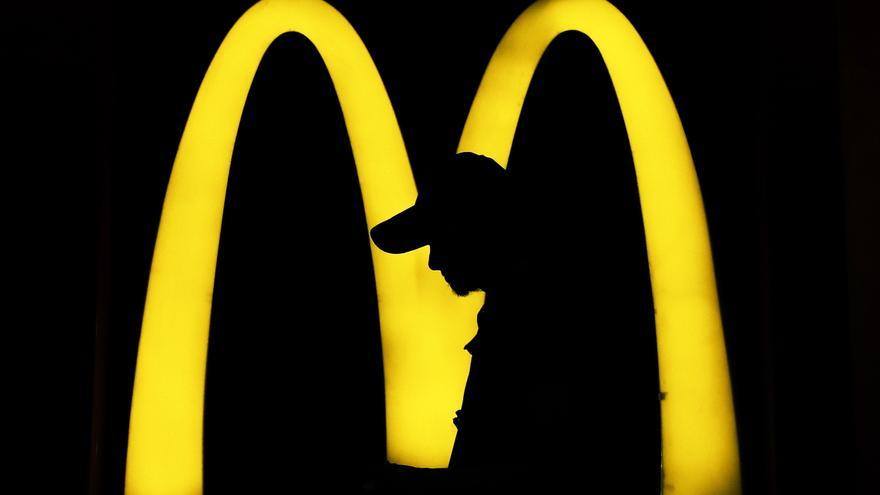 In a month, the American fast-food giant McDonald's will have to hold a shareholder meeting loaded with contentious issues. Not because of how your sales and finances are doing after, for example, having had to leave the Russian market, where a large part of its income comes fromas a result of the invasion of Ukraine.

The controversy focuses on two very different issues linked to its management model and its operating strategy. On the one hand, it will have to respond to the demand of an activist shareholder who urges the company to carry out an independent social audit, linked to whether the hamburger giant respects civil rights, racial and gender equity. On the other hand, the treatment given by their meat suppliers to the animals. Specifically, pigs.

On the labor issue, from the outset, McDonald's has tried to avoid this audit. The multinational asked the supervisor of the US listed market (the Securities and Exchange Commission, SEC) not to have to carry it out, alleging that could interfere with ongoing lawsuits filed by franchisees and employees blacks, according to the Bloomberg agency.

The SEC, however, affirms that it does have to ask its shareholders if they consider that it should be done. For this reason, McDonald's includes it in the documentation that it has sent to its investors for the meeting, which will take place on May 26. He picks it up but asks them to vote against it.

The request for a social audit comes from the firm SOC Investment Group, an activist shareholder that, according to the principles it advocates, seeks to influence the management model of the companies where US union pension funds invest.

In this case, this activist investor urges that a third party review McDonald's management model in relation to its respect for racial and gender equality and also make recommendations to improve its practices. In its proposal, this firm indicates that after the Racial protests in the United States in 2020, for the murder of African-American George Floydthe multinational undertook to improve its equal opportunities policy and to dismantle possible barriers.

Instead, according to SOC Investment Group in its audit proposal, "72% of workers in company-owned restaurants belong to historically underrepresented groups, but employees from these social groups only play 29.1% of management roles. leadership".

It also reflects that more than 230 franchisees and former franchisees have filed lawsuits describing "systematic and covert racial discrimination" and a denial of "equal opportunity." To these would be added another fifty linked to alleged cases of sexual harassment.

In addition, the activist firm points out that one of the pending legal proceedings ensures that approximately 40% of McDonald's customers in the United States are black. Instead, they indicate that the company spends less on advertising in minority-owned media outlets. In this case, only 2% of their ad spend is going to black-owned media, SOC Investment Group argues.

McDonald's urges its investors to vote against conducting an external social audit. The company asserts that it respects racial equity and that it has already implemented strategies to improve its inclusion and belonging policies, which are supervised by a Sustainability and Corporate Responsibility Committee.

In the response arguing to the activist investor, included in the documentation for the shareholders' meeting, the company also states that it is committed to equal treatment for all employees, candidates and partners of its business regardless of their "race, color , religion, gender, age, national origin, citizenship status, disability, sexual orientation, military status, veteran status [militar]gender identity and expression", as well as any situation "protected by law".

It also points out that, from 2021, all restaurants must comply with a series of commitments, called Global Brand Standards, among which four stand out: the prevention of harassment, discrimination and retaliation; the prevention of violent actions in workplaces (to mitigate risks and report incidents); have a greater knowledge of the opinion of its employees; and annual audits on health and safety at work.

The racial issue is not the only issue that McDonald's shareholders have on the table. Added to this is the model and the treatment that its suppliers give to the animals supplied by the restaurant chain, specifically, the pork supply chain.

For months, billionaire investor Carl Icahn has criticized the treatment of suppliers, especially pregnant animals that simply do not fit in the cages where they live. Icahn only owns 200 shares of McDonald's, yet he seeks to appoint two directors at the next meeting, for which he needs the backing of other investors. Appointments to which the management of the multinational opposes.

In the documentation submitted to the SEC, McDonald's summarizes a list of letters and communications between the company and the investor Icahn, where they discuss the issue of the treatment of animals and the timetable for complying with the commitments that the company has already promised to improve conditions in which pigs live.

The hamburger chain indicates in the aforementioned documentation that, in 2012, it was the first relevant brand that signed the commitment to source only from suppliers that did not use cages to house pregnant sows.

"Originally, we intended to achieve this commitment by the end of 2022. However, McDonald's has had to extend this deadline by two years due to the challenges that producers have had to face, such as the COVID pandemic and the swine fever outbreaks," he assumes in the board's documentation.