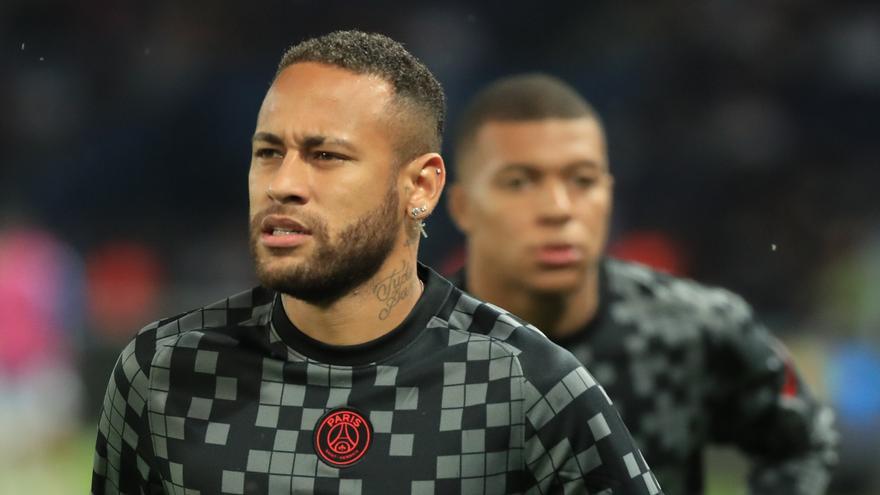 Has the honeymoon started in 2017 in the Paris Saint-Germain between the brazilian Neymar and the young French prodigy Kylian Mbappé? The two most expensive signings in history, who are in their fifth season together, show signs of fatigue in their relationship.

The episode that has brought to light larvae conflict occurred last Saturday, during the game against Montpellier, and it was revealed by the Canal + television network, that it has read Mbappé’s lips.

After being replaced, once on the bench, the Frenchman does not hide his frustration and he says to a colleague: “That beggar won’t pass it on to me.”

The reference, clearly aimed at the Brazilian, has opened a new front in the PSG dressing room on the eve of the duel of Champions League against him Manchester City, his executioner in that competition last year. A test that should measure the moment in which the Parisians are.

The club has done everything possible to minimize friction. The two players appeared talking after the duel and in the training session the next day they were seen laughing together, as if to say that everything is going well.

The team counts its league games by victories, the integration of its stars seems to be on the right track and the team begins to experience a certain stability.

The city as a thermometer

A good performance against City would help erase the bad image they gave against Bruges two weeks ago, which refreshed the theory that the level of the French league is not a good reference when traveling in Europe.

The words of Mbappé on Neymar can open another front. L’Équipe already speculates with a conflict of broader scope, than the arrival of the Argentine Lionel messi It has only gotten worse, as has the Frenchman’s refusal to renew his contract, which ends at the end of this season.

The idyll, the newspaper speculates, may have ended and Mbappé feels displaced in a locker room where the Latin sector has progressively gained weight and where he does not fit in.

The connection between the Frenchman and the Brazilian, which seemed to be rolling like a charm, has been rusting away without any assistance being given between them. and the number of passes has been reduced surprisingly.

The two footballers arrived at PSG almost at the same time to usher in a new era. Immediately, a privileged relationship was born that left the third leg of the trident somewhat apart, the Uruguayan Edinson Cavani.

Both on the field and outside, the displays of affection were constant and neither of them wasted the opportunity to praise the other.

“We are like brothers,” Neymar said in 2018, while Mbappé assured that his partner was “a dribbler without equal” capable of “leading the club to win titles”.

The arrival of Messi substantially changed the balance within the dressing room. The six-time Ballon d’Or winner already knew Neymar, with whom he shared a dressing room in Barcelona between 2013 and 2018, but he also has a good connection with his compatriot Ángel di María, teammates in the Albiceleste.

The coach himself, Mauricio Pochettino, acknowledged last week that Mbappé had to find a hole in an attack that already has its own automatisms.

“We are at a time when Leo, Ángel and Neymar know each other, we have to integrate Kylian into all this. That is going to take a little time, “said the Argentine coach.

A challenge for a team that must seek synergies between some of the most talented players of the moment. The level of demand is enormous because of the list of stars that the Qatari owners of the club have managed to gather on the banks of the Seine.

In addition to the sporting challenge, the club faces another, that of convincing Mbappé that Paris can continue to be an extraordinary place to fulfill its lofty ambitions. The attacker has the upper hand.