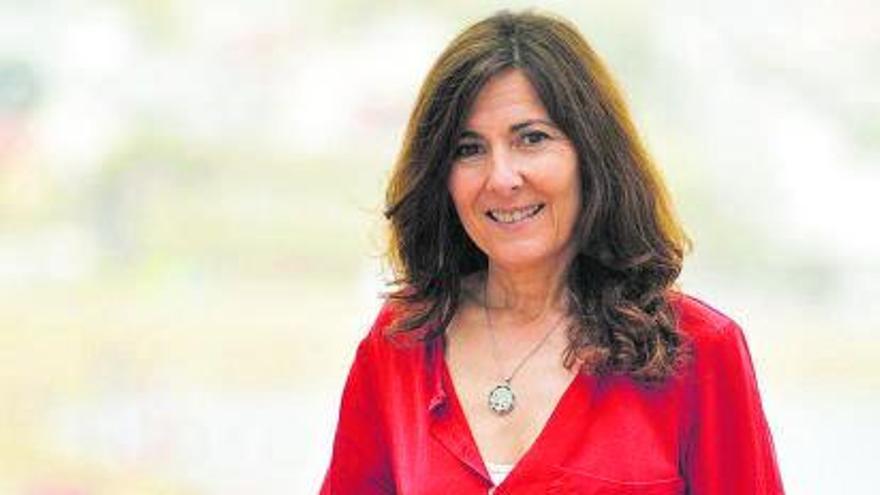 A novel with a historical background must be injected with that quality that the context requires. And that’s why achieving a more elaborate style was something that I tried more than in my previous novels that were more informal. But the book was complicated in all its parts, on the subject of the blockade, the submarines, etc. However, the issue of Valbanera was difficult to bring to life again, because there are still opaque things, but I had the best help with the collaboration of Fernando García Echegoyen, not only with his books, but he offered himself in a very nice.

Why did you choose the Canary Islands as the setting in which to develop most of the story?

I wanted to set it in the Canary Islands when I discovered the shipwreck of the Valbanera. I wanted to write a novel in which my characters traveled on that ship. And I discovered that most of the Valbanera passage were Canaries and that all the information I found was from Las Palmas. Later, I got a map of the city and saw its configuration at that time, since it had a more stately neighborhood with cliffs. It seemed marvelous for a novel and I went the following year to travel to the Islands with the excuse of seeing the historical press at the Canarian Museum, but I came with the vision of the Islands of 1919. I had been studying the city, but did not know anything about it. Las Palmas today. It was like a trip to the future and I was very impressed. And once here I gathered all the information with the newspapers LA PROVINCIA and Diario de Las Palmas. I compiled all the possible information gathered in these two newspapers and included them in the novel.

Can the protagonist, Marcela, be defined as a feminist?

More than a feminist, she is a fighter because at that time, in Spain, feminism obviously did not exist, although it is true that the suffrage movement had already started in Great Britain, but in Spain, in the most humble contexts, that impulse did not exist. But there were people more fighters than others and Marcela fights for what she wants to achieve. That is the starting point for many women who then opened the door or avenues to others in that eagerness that drives them to achieve their goals. His dream is to travel to Havana, but he knows that for that he has to look for a job and save some money. He grew up with the nuns and had seen everything in the hospital: sick people, abandoned children, etc. But the nuns have instilled in her the instinct to survive in order to carry out her dreams.

And when they return her to the family, the first thing she works on is in a garden scaring the birds.

The whole family worked in those huge orchards: men, women and children whose mission was to prevent the birds from eating the tomato fields, scaring them away. They had a can and a stick that they made rattle, they ran through the beds and frightened the birds, and they had their remuneration. When Marcela is born, her mother dies, and she is handed over to the San Martín hospital to be breastfed by the wet nurses, because otherwise she could not survive, but her father leaves her to the nuns and does not remember to go looking for her. Marcela is eleven years old when she is returned to the family.

Did you include the character of the German military to also instill a touch of romance?

Yes, that was my intention from the beginning. I wanted a love story in this novel. Although at first I thought of an English protagonist, because there were many Englishmen here and it would have been the most natural thing to do, I decided to give him that counterpoint because the story is widely told from the British side, but less from the German side, and I wanted to bring a German military from the First to World War II. She is a humble girl who, although she does not know how to read or write, meets a highly educated, cultured male character who plays the piano, comes from another world that attracts her a lot.

And there appears a contradictory character like his cousin Gaspar.

Gaspar is class conscious, but at the same time he would like to have a house in Triana instead of San Nicolás, he would like to progress and for that reason he looks for a way to earn a living. He sends supplies to the submarines, but when he finds Hans shipwrecked, he hides him. He wants to collect a ransom from his own and looks for the formula. By then it was common to deliver supplies on floating platforms for foreign submarines.

What period does the novel cover and in what geographical spaces?

It begins in Las Palmas in 1919, moves to Cuba, returns again to Las Palmas in 1936 and finally goes to Nazi Germany, the epilogue being in 1976. The final chapters are developed in Germany in the middle of World War II, but when they return to Las Palmas is not that it has changed so much. It is the new regime and although there was no confrontation in the Canary Islands, there was repression.

What caught your attention about the news that LA PROVINCIA offered during those years?

The news that showed the situation of despair, loss and abandonment that existed on the island as a result of the war, that the million did not arrive from Argentina, of the bad harvests due to drought, that oppressive feeling. There was a lot of talk about subsistence vouchers to get some food, but there came a time when they were useless because the shopkeepers were trading illegally. You went with your voucher but maybe they didn’t give you food because if someone with more money came they would sell it ten times more expensive than what you could buy, more expensive than the voucher that the Cabildo gave you was worth. Although the municipal guard was vigilant and signs were put up prohibiting speculation, it was still being done when the guard came around the corner. The shopkeepers didn’t give it to you because they said there wasn’t. But a wealthy person could buy without problems. Subsistence vouchers to alleviate the hunger of the most disadvantaged classes were useless because there were people who could pay more money for it. And in THE PROVINCE all this was denounced. It was incredible. When I arrived I thought I was going to find all the digitalized press, but at the Museo Canario they gave me physical newspapers from a hundred years ago. I respected them a lot to be able to handle them.

How would you define this book from the perspective of your other works?

This is my fourth book. The previous ones were different, more of romantic-contemporary novels. Now I start another period. The next one will be a new novel that will take place a few years before this one, but that has more to do with Cuba.