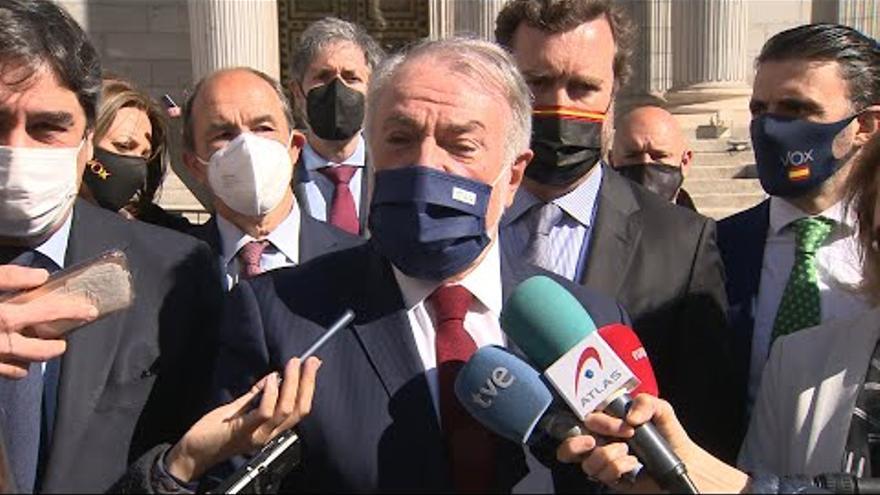 PP, Vox and Assembly for Life (which represents some 140 organizations) have agreed on a line of action, with an action plan, to prevent the Euthanasia Law, which is expected to be approved this Thursday in Congress, from being put into effect. march in Spain.

The former PP minister and spokesman for the Assembly for Life, Jaime Mayor Oreja, has compared this norm with the “socialization of fear” that ETA fostered in its “stage in the Basque Country” and explained that now “evil is socialized among doctors, patients and people in a family”.

As explained by those involved, from Parliament, specifically Vox, the text will be appealed to the Constitutional Court, while the associations will register a Popular Legislative Initiative (ILP) in the lower house to launch a Comprehensive Plan for Palliative Care.

In statements to journalists, after a meeting in Congress, the PP Health spokesman, José Ignacio Echániz, has denounced the “expedited processing” of a Euthanasia Law which, in his opinion, is “not very rigorous and lacks technical, sanitary, legal and parliamentary rigor”.

The deputy has regretted that this rule will “transform the basic principles of society” of the country, without the citizens having been consulted and only for what he has described as “the development of an ideological program” of “an agenda. radical”.

On the part of Vox, its deputy Lourdes Méndez, has indicated that they will appeal the norm before the Constitutional requesting that it “not be applied” until “a sentence is handed down” from the Court, “as has been done with abortion.” Méndez hopes that the Constitutional Court “responds” to this request, since, according to denouncing, the law that is approved tomorrow “violates many articles” of the Magna Carta, “especially article 15 of the right to life.”