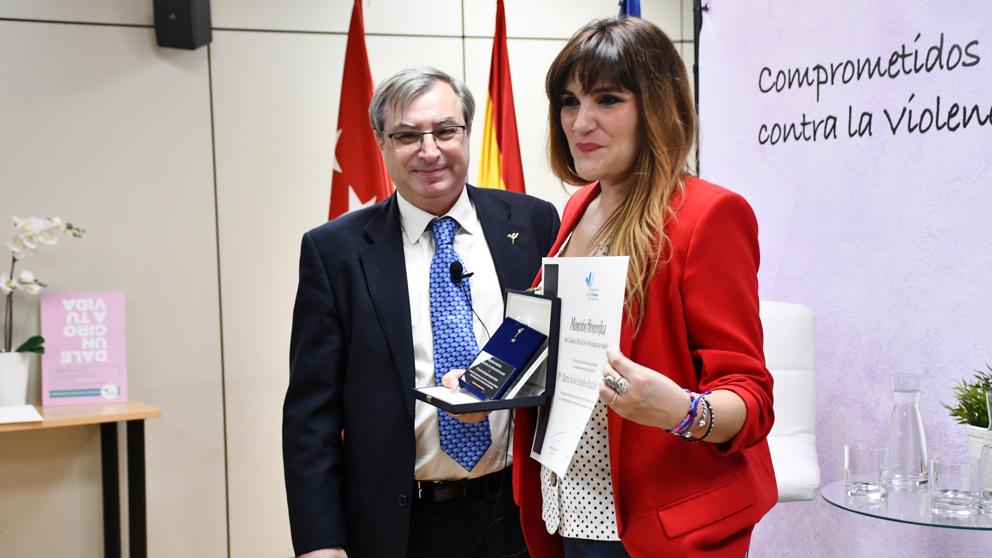 Singer Rozalén has sent a message to Vox and has warned them that "their increase is due to women, the feminist movement" and has invited them to "continue" pouring "hate." “Every time they talk, they release hate. May they continue that we will continue with our revolution that is of love, ”said the artist.

María de los Ángeles, better known by her last name, Rozalén, was awarded this Tuesday with the Honorific mention, granted by the Official College of Psychology of Madrid, for its fight against gender-based violence and also for “its firm commitment to the integration of people with disabilities,” as explained by the president of the organization, Fernando Chacón.

Also, the artist that has been erected as “a emblem of the feminist struggle”, As they have recognized him during the act, has assured that Vox leaders are“ well-off ”people, who through their speech show that they are“ upset because women raise their voices ”. Some opinions that, according to Rozalén, show that "something is happening with feminism."

Its increase is due to women, the feminist movement ”


During the act, the singer has acknowledged being a "very optimistic" person and has assured that "the most powerful weapon is love", that is why sometimes Rozalén questions "a lot of things" when he observes what happens to around him and that inspires him to shape his songs.

“I had the opportunity to be close to people with diseases, such as HIV or cancer, and it's bullshit, but it's better to be optimistic and strong. I always try to make a song that serves to encourage people, ”said Rozalén.

The original singer from Albacete began her 18-year career in Psychology in Murcia, in which they were "the most important years" of her life, and during this stage she also dedicated herself to studying musicology. Therefore, as Rozalén herself has ruled, in her professional career she has united both formations that are her “passions”.

One green and one brown eye | Culture