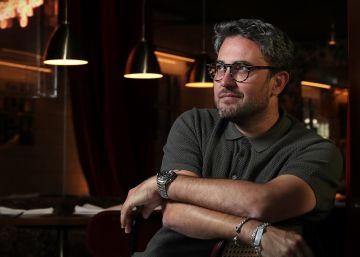 P. Why it seemed to him that returning to the public with a program in RTVE would be a good idea?

R. I had a lot of proposals, more than ever, in recent years. If I like one, I accept it. What I liked about this is that it is a morning program without events or politics; that is, talk about the normal things of life, of current events, from an elegant and fun tone. A dream of a program. This country is full of fire, of declarations, of speaking for speaking. I think we should lower the tempo and the strength of the gas.

P. Since the news of his return jumped, his salary has been published (46,800 euros for a work of two months, something that on the other hand falls in the average of a presenter of the public entity). Another means, the diseases he has suffered since leaving the ministry. Did you foresee something like this when you decided to stick your head out again?

R. It is not the bad thing that they do it and it does not take away my sleep. The tension of a year ago is not the same as it is now, nor is the attention of the same year as now.

P. Have you read that in the gossip rooms this program is considered as a reward from the government for its discretion?

R. I do not have to justify myself. I have been 20 years in television, I have worked in the RTVE of Rajoy and in the Canal Nou of Zaplana and Camps. Saying that is audacity.

P. Did you think if there would be somewhere more elegant to return to than RTVE?

R. How do I justify returning to my work, to what I have always done? I have not gone to direct the Cervantes Institute in New York, or Tokyo, which would be a reward. I've spent 20 years on television. I could write books again, with which I am doing very well and enjoy. But I go back to what I've always done, to television, which is a fascinating place. I think that resolves any doubt to any malicious mind.

P. Will the day come when they stop scrutinizing him?

R. I do not care if you remind me that I was Minister of Culture and Sports. I would say yes if they proposed it. May I be reminded that I was in the ministry?

P. But they pass him by the roller.

R. I know that everything is questioned and looks more, but the pulse of the street is always good. The two Spain are not the ones we always talk about: it is one in the media and in the networks, and another, that is being forgotten, in the street. That is very generous with me. The general public is not stupid. That's what I've realized in this period of looking. The street does not have those prejudices. I also think we pay too much attention to four hashtags. You have to look more to the street. Go to the subway, to the bar, to the plaza, to see what is being talked about, not to throw ourselves on the sofa to read tweets. You see headlines like "Spain burns with this theme". And there are two thousand commenting. In Spain we are 47 million people.

R. We have to go back to the media; to the facts and not the opinions, to elpais.com and not redsocial.com. We are creating a society of people who repeat mantras and slogans from another. Repeating the opinion of the popes of Twitter makes us lazy, lazy.

P. What else have you learned in this "looking" period?

R. I am more concerned about the health of my friends and family than anything else. I live in a constant December 22: the important thing is health. My father died almost two years ago and that's when you say "that's it, I did not come here to go down in history, but to enjoy".

P. That period of digestion of his six days as minister led him, according to you, to suffer agoraphobia.

R. I could not come to Madrid. I felt better in my microcosm. Then I came and I realized that they missed me. The fear, all the fears, is in you. But come on, I was better in my town with my mother, my bitch and my novel. Maybe because I'm from town.

P. Do you feel it costs you this second chance?

R. We all deserve a second chance, and be happy in our work and we all deserve to do well, me, my friend the waitress and you. We deserve to be wrong, to resurface, to prove ourselves. Errors and successes, that's life.

P. It is also difficult for him to remember him less for his work presenting his heart to Ana Rosa and more for being at the forefront of Telecinco's news.

R. Nothing happens. I know my biography. Having to justify myself is exhausting. I have done local press, local, editor on Canal Nou, head of politics. 9/11 caught me in the newsroom, as presenter. I have been a correspondent. Do you want to remind me how the presenter of the heart? I do not care.

P. In the program and in his last book the name has been changed, from Maxim to Maximum, which gives a feeling of rupture with the past.

R. They gave me Maxim when I started on television, because valencianizabasIt was to make country fer country. I am Máximo since 1971, and I did not care about that change. But I come from a streak where I've been like a plane without a runway, and my family has been my trail. So recover the OR, for the rest it has been strange, but for me it has been normal. Maximum is my name on the DNI, on airline tickets, on the train, on the credit card, in the emails. For me, there has been no change. In addition, people never learned to pronounce Màxim (in Valencian they would say Maximwhen he is called Maxim, like the French name).

P. It seems that it is trying to open a new era.

R. Yes, I do not know, however you want. I wanted to. My father died almost two years ago and I wanted to recover. Is it a second stage? Well, I hope

P. Between the name change and the title of your program, From today…

R. Well, it is that reinventing is very healthy.

P. Do you feel that with this return you have something to prove?