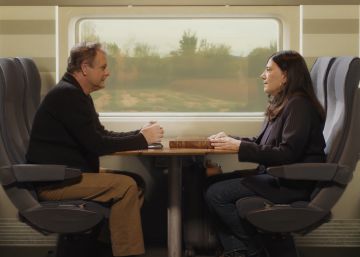 The future is your work material, it is dedicated to making it a reality. Mavi Sánchez-Vives She is a neuroscientist, an expert in the mechanisms of the brain and consciousness and, also, in virtual reality, an innovation that is already used today, for example, as a therapy to alleviate chronic pain.

“He who in science says that something is impossible is always wrong,” he warns Juan Luis Cano (Gomaespuma) almost as a mantra, as a personal motto. And, Sánchez-Vives, so cautious in his reflections, has no qualms however in stating that “the bionic man is already here.” “A few years ago nobody would imagine that we all walked fixedly on a screen like the one on the mobile. It will be a matter of time before we take its functions integrated into the body, an imperceptible step.”

“All the advances in computing, in electronics, in nanotechnology, in image … are also reflected in an advance in how we understand the brain and in our possibilities of intervening in it,” says Sánchez-Vives, who points out how to be the The only organ impossible to transplant has always been a huge medical and social problem, due to its deterioration during aging. Gradually, and thanks to the enormous work of the international scientific community focused on that aspect, more and more possibilities will open up.

Artificial intelligence, according to the testimony of Sánchez-Vives, already exceeds the processing capacity of the human brain in many aspects.

Can we upload our memory to the cloud and resort to pleasure? How does someone feel awake but in a vegetative state? Will the machines charge awareness?

This is the tenth installment of a joint project with Renfe in which personalities from different disciplines (literature, science, cinema, sports …) will reveal, in different scenarios, their near future,his Next station, in talks with Juan Luis Cano.