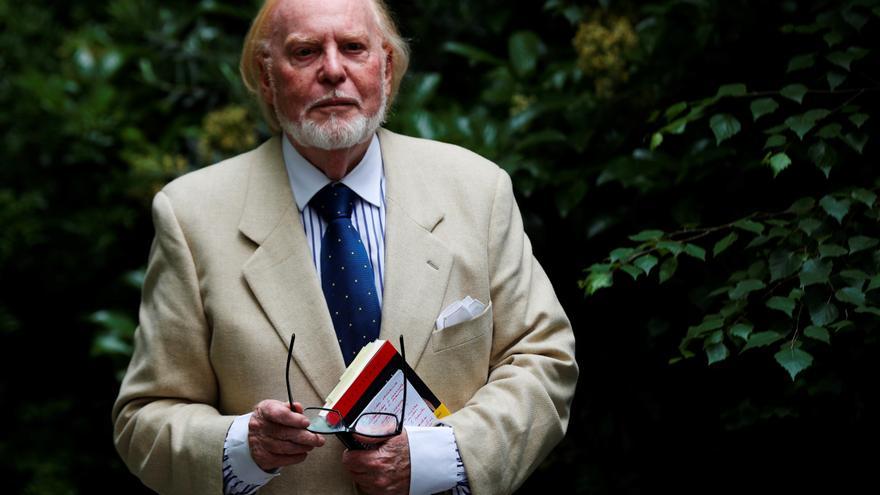 Seville, Sep 17 (EFE) .- Mauricio Wiesenthal was in Paris in May 68 but as soon as he saw the cobblestones being pulled from the streets he took refuge in the Moulin Rouge, now, half a century later, he is adjusting accounts with his time with “El right to disagree “(Cliff), on the last page of which he says:” The disdain I feel for my time could already be almost a work of art. ”

Precisely throughout these fifty years the author has been writing “Book of requiems” and “The snobbery of swallows” this set of 44 essays or “untimely considerations” that go from the poetic tone and the autobiographical detail to the unmasking of Pharisees and the refutation of political correctness.

If on the last page this man who has never disdained something that is beautiful speaks of “disdain,” on the first page he warns that “the freest and most authentic part of our existence is always ‘inopportune’ for our time”, hence he Even consider these essays as “a disenchanted contemplation of the moment in which I had to live.”

For example, when he warns: “I have learned from my own experience what fascists, communists and nationalists do when they condemn a dissident to their ‘conspiracy of silence.’ defeated”.

“The right to dissent” is also a crusade against rationalism, an antirevolutionary plea and a defense of humanism and classical culture: “In a certain way, it could be said that the most interesting of antiquity were the heterodox, in the same way that the most exciting thing about Modernity are the anti-modern “.

Wiesenthal is horrified by “people who want to reach the end soon” and, in his aversion to localisms, which are “indecipherable and alien to him,” and populisms of all kinds, and denounces “that demagogic technique of populists, who they trigger their opinions and issue simple sanctions on the most complex moral cases, without exposing the feelings that are linked to the reasons, and resolving quickly, without argument and without speech “.

“My homeland is the Spanish language, especially the humanistic and significant language in which our classic authors spoke and wrote, since it is also true that I feel strange, exiled and absent when listening to the verbiage that is heard in the street today”, writes this writer who was born in Barcelona in 1943, grew up in Cádiz, where he was also a teacher, and studied in Seville before traveling the world.

Author of “Orient-Express: The train of Europe”, Wiesenthal has traveled all over the planet – “when I turned twelve my parents gave me a bicycle and they didn’t see me anymore”, he used to joke-, he has traveled with a circus , has lived in a hundred cities, married an English aristocrat as a young man, has published over a hundred titles, is one of the country’s leading winemakers and has worked as a photographer, cruise ship singer, photonovel actor and his devotion to Stefan Zweig and Tolstoy is legendary, as is his monumental biography of Rilke already legendary.

At times he has defined himself as “a millionaire without money” and as “an abstemious winemaker”, but in these pages he has preferred to do it like this: “I am a Jew without a violin, an exiled German, a European humanist and a Spaniard who he saw the sun go down not only in the Finisterre of his homeland, but also over his time. ”

This writer who prefers cafes to universities as centers of culture and who believes, like Delacroix, that “we owe to the past what little we are worth”, is a firm person but he is not an angry man, as the hilarious anecdotes and the many humorous traits that dot its pages:

– “Descartes himself dreamed of a melon before writing ‘The Discourse of Method’, which Freud finds more sexual than rational meaning”.

– “Cabbage is very old and must have been born at the same time as moralists and politicians, some four thousand years ago.”

– “Marxism is an egalitarian and matriarchal hoax, thought up by a Jew who missed the communal meadows of his shepherd people.”

– “With the exception of Confucius, who was born when he was sixty years old, the rest of us mortals have occasions and reasons to remember childhood, adolescence and youth.”