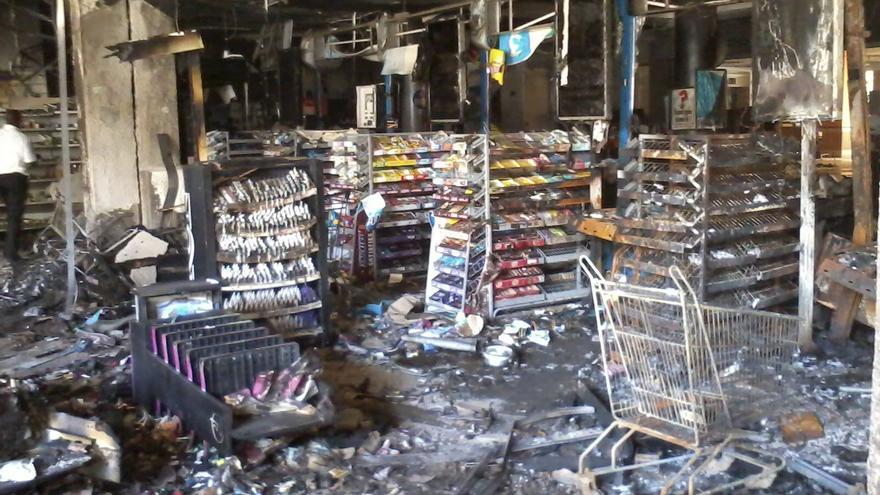 Madrid, Feb 25 (EFE) .- Matumbo in Swahili is intestines, guts, viscera ... And from there, from the bowels of Kenya, it is from where a collection of stories and journalistic chronicles arises that collect the passage of Efe correspondent Javier Triana by the African country.

Stories that run through the history of the country, from the British colonial rule and the dictatorship of Jomo Kenyatta, to the slave trade and the construction of the railway that links the Indic coast with Lake Victoria and forms the backbone of a country whose borders were drawn with a square and square. from the offices of the western metropolises.

They are stories that reflect the harsh reality of a country shaken by the corruption and impunity of the ruling elites, the internal struggles between tribes faced in bloody waves of electoral violence, and the misery of a majority of the population that lives in shacks where to find water can become the feat of the day.

But there is also room in "Matumbo" for optimism and hope, with chronicles about the emancipatory power of sport, sisterhood or the struggle of the first African woman to receive the Nobel Peace Prize, Wangari Maathai, to protect wealth native of the country against the overwhelming power of the cranes.

The book deals, according to the author in declarations to Efe, of "the portion that corresponds to Kenya of the world affairs of this moment."

Issues such as environmentalism and concern for the environment, inequalities between men and women, living conditions in refugee camps or ethnic clashes between the dozens of Kenyan tribes that corrupt leaders incite to maintain their power without answering for their abuses.

According to Triana, they are "themes that are repeated in all countries. The stories sound close because they also affect us."

But despite the universality of the themes, the stories are unique in a country with such diversity, where you can find large cities with shanty towns, natural reserves populated by lions and giraffes or valleys that gave rise to Humanity.

Nairobi was Javier Triana's first experience as an international journalist, a city where he arrived first as a fellow and where he returned later to take charge of Efe's correspondent in the country.

"The coverage that touched me the most was the explosion of an oil pipeline in the shanty town of Sinai", in the city of Nairobi in 2012, which caused a hundred deaths, an episode that the journalist recounts in one of the chapters of "Matumbo".

THE SINGULARITY OF A DIVERSE COUNTRY

Javier Triana (Logroño, 1983) has been a correspondent for different media, including Efe Agency, as well as in Kenya, the Philippines, Turkey and China, where he currently works.

"It is very difficult to compare Kenya with these countries," says the journalist. "But the degree of need so basic that you find there you do not see in other places," he adds.

These levels of scarcity remind him, he says, "of the Spain that my grandparents told me about", saving all the distances that show that the concerns of the Kenyan population have nothing to do with those of Western countries.

The correspondent tells an anecdote in which this reality came face to face with his European mentality.

Nairobi is a major technology hub in Africa, popularly known as "Silicon Savannah" or "Digital Savannah".

But Triana was surprised when she discovered the kind of applications that Kenyan computer scientists developed. Instead of sophisticated ultramodern software tools, the journalist found, most technological advances focused on such mundane issues as counting head of cattle.

"In western countries you have other needs," they snapped laughing when he asked about these computer developments.