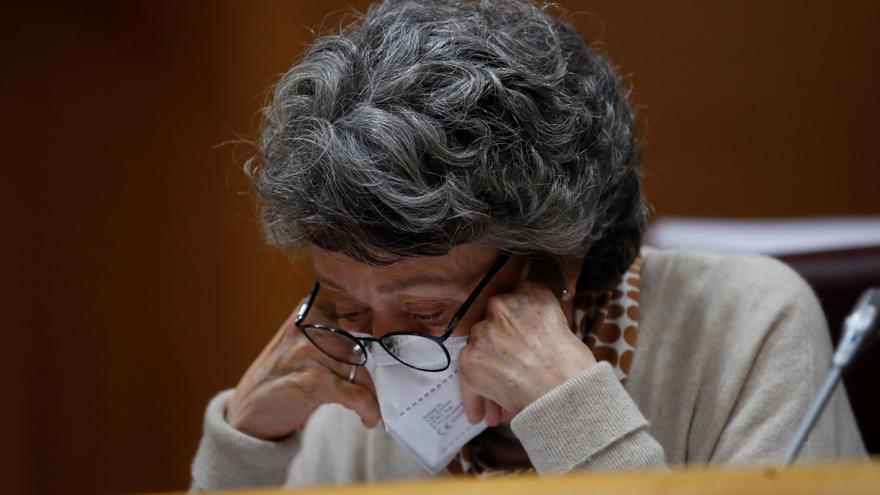 Madrid, Feb 26 (EFE) .- The only provisional administrator of RTVE, Rosa María Mateo, has reproached this Friday, in what may be her last appearance in Parliament before being replaced by the new leadership, that “the only Calvary “at the head of the Corporation has been to which the PP – he has said – has subjected him.

“The only ordeal I have had in RTVE is the one that you have subjected me to,” he said when answering one of the questions posed by the popular during his appearance in the RTVE Control commission in the Senate, which occurs one day after Congress has elected the six members that it is responsible for appointing to the Board of Directors of RTVE.

An appearance in which Rosa María Mateo has assured that until she leaves RTVE she will not undertake any change or do without the Director of Information and News of the Corporation, as requested by the PP, whose parliamentarians have told to denigrate RTVE and support it not only morally, but economically. ”

“Since now they have people from their party and they follow them in the Board of Directors,” he told the popular ones, “I think they should have another position with TVE, because it is something public that belongs to all Spaniards and that everyone pays. the Spanish, how they pay you and me. ”

What Mateo expects, as he has commented in the Senate, is to resume his retirement and “have a quiet life”, after putting all his efforts, as he has argued, “to carry out a public company independent of any power.”

Mateo has assured that during his tenure there have been no manipulation practices or other malpractices, when there was a time when complaints multiplied in the public body.

“In these 31 months, journalists have worked without pressure. Internally and externally there may have been criticisms, but nothing to do with some past practices. Gone are the complaints about information manipulation that reached the European Parliament,” he said.

And he has also referred to the label on Princess Eleanor by which a person was relieved of his job. Mateo has denied that the royal house had anything to do with that replacement and has said that in freedom of expression, “not everything goes.”

“What is not freedom of expression is not knowing in what environment you work and how you insult someone, because the label you are talking about is an insult to a 15-year-old girl, to a minor,” he said.