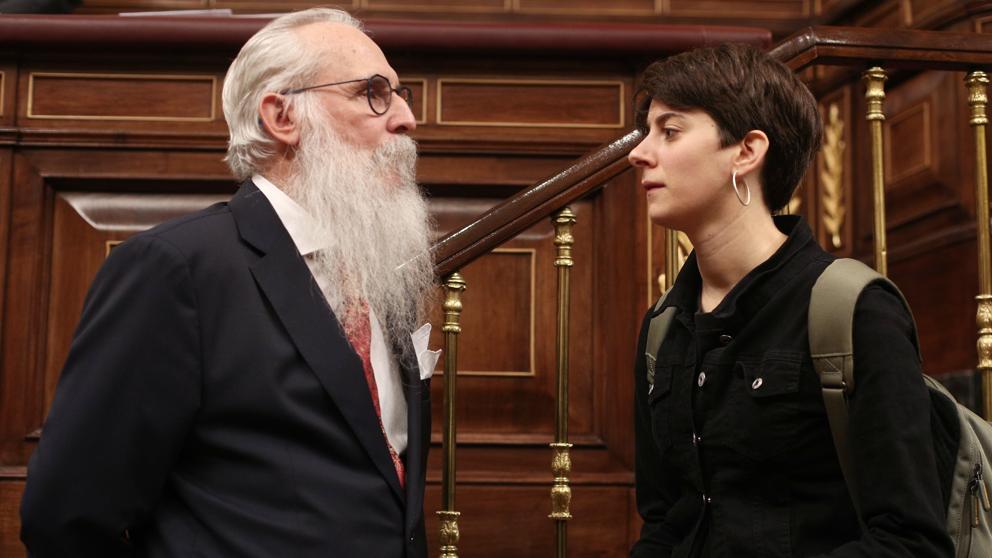 The constitutive session of the Congress has begun with various incidents. The president of the Old tablethe socialist Agustín Javier Zamarrón, has started the session in a unique way, asking sorry by the failure of the previous legislature, but the controversy has come just after, when the youngest parliamentarian of ERC Marta Rosique (23 years old) has taken the floor from the lectern to pass the list of deputies, among whom he has cited imprisoned independence leaders Oriol Junqueras, Jordi Turull, Joaquim Forn and Jordi Sanchez.

Zamarrón has given the first surprise by apologizing to the Spanish people for not being able to form a government in the previous legislature, after which he kept a few seconds of silence accompanied by a flexion of his head in a gesture of respect. "From the institutional dignity, which by chance I represent now and here, I apologize to the Spanish people for the failure in the XIII legislature to grant a government to the nation," he said.

The comment has been left behind as a result of the initiative of the first secretary of the Bureau of Age, the youngest parliamentarian of the Chamber, Marta Rosique, of ERC. The parliamentarian, who showed a black t-shirt in which the word independence colored with the flags of the considered historical autonomous communities (Basque, Catalan and Galician) looked, read the decree prior to the vote of the members of the new Bureau of Congress and when he proceeded to read the names of the elected deputies, he began with the imprisoned independence leaders who were on the lists.

That reference caused the murmur in the Chamber and the intervention of the president of the Mesa de Aging, who called Rosique to order: "Please, I call him to order," he snapped, but waited for him to finish his speech to delve into his call. Zamarrón took the floor to justify that disapproval: "The reason for my call to order has its reason that the pronounced names do not correspond to elected deputies." The reference started the applause of the Chamber, after which the eventual president asked: "Let's forget in this time of passing clouds."

The act continued with the call of the deputies one by one to elect the presidency of the Congress of Deputies.