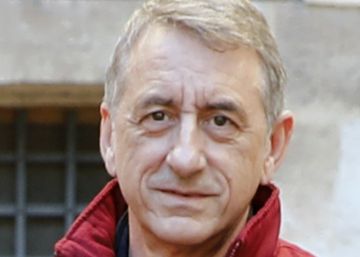 Mariano Navarro Serer, 56, defines himself as a clinical psychologist and emergenist. Is the spokesman and the psychologist of Marta Calvo's mother, the young woman missing since November 7 whose alleged murderer, Jorge Ignacio Palma, says he dismembered. President of Psycho-Emergencies of the Valencian Community, he worked with the families of the victims of the accident of the Valencia Metro and with those of 11-M. Navarro asks EL PAÍS to send the questions by email to be able to respond calmly in the midst of media noise and countless requests for information you receive about the case.

Question. What is your main function and what did Marta's mother ask when she contacted you?

Answer. The initial contact with Marta's family was through a mother's sister. He had been missing for many days and the anguish at the lack of news was growing. My role was to hold the wait for uncertainty. The psychological intervention in these cases does not obey any protocol, there are no master formulas, we start from the individual differences of the human being. The main function is based on listening and the unconditional presence of the accompanying professional, understanding that many questions arise and unfortunately there are no clear answers to alleviate the suffering.

P. What is the priority when treating a mother who has lost a daughter in dramatic circumstances?

R. Each case is different. There are a whole series of determinants; who was the deceased person, what kind of link joined me to her, how many outstanding things have been left between us, what are my personal capacities to deal with the traumatic situation, what are the causes of death … Nothing has to do with loss of a child after an illness, where I could have the opportunity to prepare myself, for the loss of a child unexpectedly due to an accident, a sudden death or a death with more dramatic connotations such as murder or suicide.

Marta's death is not a natural death, it is also a death caused by a third person intentionally either directly or indirectly; making the body disappear and preventing the family from being able to bury it, pushing them into a state of extreme anguish and despair. Not only for not knowing what really happened, but for exponentially increasing the suffering by snatching his daughter twice, for his death and for the disappearance of his remains. If we add to this the possibility of a supposed dismemberment of the corpse, the anguish becomes an experience capable of leading a mother to the most extreme suffering and dragging her to the worst psychological torture.

P. Is the recovery of the body essential to start the duel?

R. It is essential, otherwise you can install in the family thoughts that, within their own defensive strategies aimed at alleviating the immense pain, favor irrational conclusions aimed at believing that at some point your loved one will reappear. In other cases, even with the certainty of his death, it is impossible to make a proper duel for not being able to bury him or not having a place to take flowers or go to pray. The first task for the healthy elaboration of grief goes through the acceptance of the reality of the loss, the absence of the body becomes a serious problem; There are open duels for life and although grief is not a disease, in cases like this if an appropriate professional intervention is not performed, it can kill you.

P. You have stated that the mother experiences a feeling of guilt because she thinks she could have done more. It is an inevitable impression, although fictional, isn't it? How can it be treated?

R. Guilt is the queen emotion, supported by irrational beliefs. He can take over you and plunge you into the worst of sufferings. It is absolutely normal to appear strongly in the face of the loss of a loved one and especially when the loss is due to dramatic and unexpected causes. Hundreds of questions gather in the head and a process of self-judgment begins in which you always lose out. Infinite phrases that begin in "Should" or "should" They take over the debt. Dismantling these beliefs becomes one of the priority objectives. The mistakes that, like everyone else, we make in life, take a magnified role and the attention, the care offered for years, the love and sacrifices made by the loved one remain in the background, because the guilt blinds you and sinks you .

Treating guilt is a complex task, but you always have to do it from forgiveness. Get forgiven for not having been perfect, for not offering permanent availability, for being wrong sometimes; It implies accepting your limits as a human being. The loss of a child is the most traumatic experience that a human being can go through. The circumstances of the loss do not matter, when someone lives this unfortunate tragedy they will always feel guilty and question their worth. When the death of the child occurs due to suicide or murder, the perception of having failed as the primary caregiver is multiplied by one thousand. It is important to dismantle this belief. Only if it is achieved, can the person begin to rest and give himself permission to continue living.

P. Does the mother follow the daily information about the disappearance of her daughter?

R. Although initially it was tried that this was thus it was inevitable that, with the passage of the days, part of the information arrived to him. She herself asks to know how the search process is developing and what are the novelties. The family continues trying to keep it away from certain information, but unfortunately it is already aware of the vast majority with all the suffering that this entails.

P. His work in this case is very different from the one he developed, for example, in the Valencia subway accident and on 11-M.

R. There are certain parallels; they are sudden, unexpected deaths; experiences that change your life in a matter of seconds. In all of them there was initially a previous time, more or less, in which there was hope to find your loved one alive, that news came that the victim had been identified alive and that he was not at risk, despite the injuries; and in the case of Marta, that this could appear after the first days justifying her absence.

P. What psychoemergence has marked you the most?

R. With more than 30 years of professional practice and 20 of them working in the clinical and emergency area, I have seen many very hard cases where one becomes aware of the reality of life and the proximity of death. There have been complex interventions with multiple victims, others due to accidents, illnesses, suicides. Many experiences where human suffering has been very present and with extreme intensity; also many accompaniments in duels. But I would say that where the suffering of the human being is most present is in the death of a child in unexpected circumstances such as suicide or murder and, if in the latter case the body does not appear, we would face the worst experience suffered by the that a person can go through.