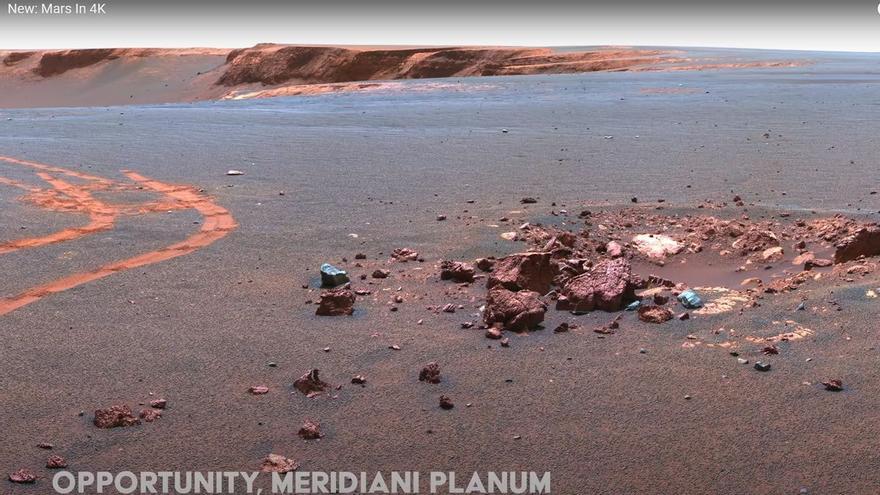 Mars as you’ve never seen it before: a spectacular video shows the red planet in 4k
Youtube

Elderfox Documentaries has done it again: has converted the mars images sent by the different NASA rovers in high resolution documents that they show us how is the red planet really, a rocky and sandy planet in which Perseverance tries to find past life. Specifically, it is believed that animated elements could exist 4.5 billion years ago.

Images and videos of Mars

The video shows images rendered in 4K resolution and explains how they were made through the documents sent by the Martian rovers. In addition, the professionals at Elderfox Documentaries answer one of the doubts that have plagued us since we arrived on the red planet: Because we do not have mars videos? For a simple – and complex – reason.

“Although the cameras are of high quality, the speed at which rovers can send data to earth is the biggest challenge. Curiosity can only send data directly to Earth at 32 kilobits per second, “they note,” Instead, when the rover can connect to the Mars Reconnaissance Orbiter, we get more favorable speeds of 2 Megabytes per second “, allowing you to send documents at a higher speed and quality.

There is another difficulty: that link “is only available for about 8 minutes each Sun or Martian day”, they point out in Elderfox, and clarify that since there is nothing moving on Mars, “it makes more sense to take and send images.”

Jeff Bezos, Elon Musk, Bono and Peter Gabriel will be at Starmus in 2022