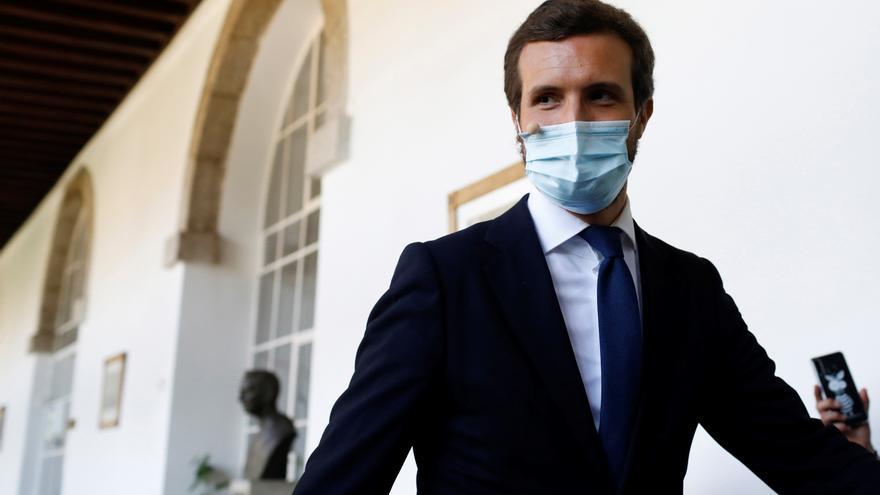 Without explicitly mentioning Vox at any time in his speech, the leader of the Popular Party, Pablo Casado, wanted to launch a clear message on Thursday to the extreme right, just 24 hours after its maximum leader, Santiago Abascal, announce the filing of a motion of no confidence against the Government of Pedro Sánchez in September. The PP already said yesterday that it rejected that proposal, but today Casado wanted to explain himself by claiming to lead "a ready political alternative to manage a recession again and save Spain from a new recession, but ready to do it at the ballot box."

His, he said, is "a party that wants to win the left" and that "wants to do it by attracting the union of all those Spaniards who do not like this radical government that agrees with independentistas, heirs of batasunos and populists. "

"We have to be the calm, moderate force, the broad-door party, in which liberals, conservatives, Christian Democrats and also Social Democrats fit, but that appeals to the union of all of them around a single project as the only alternative for the future, because everything else will be, if not, in favor of those who are mismanaging us, "he remarked during his speech in the summer course 'Press and Power' organized by the Colegio San Gabriel in Aranda de Duero (Burgos).

Casado has defended his opposition work during the pandemic and has assured that "the PP has reached out for agreements" to the progressive Executive, which he has been attacking for months precisely because of his management of the health crisis. "What we do not want to do is say amen to everything when it is done wrong," he said.

The PP leader thus repeated one of the proposals he slipped yesterday during the plenary session of Congress, raising the creation of a high national commissioner for the management of European funds. Married has also defended that during the European Council last week "the PP negotiated more than the Government itself, while Sánchez was tailgating." His proposal to create a high commissioner has linked him to "this government does not give much credibility abroad."