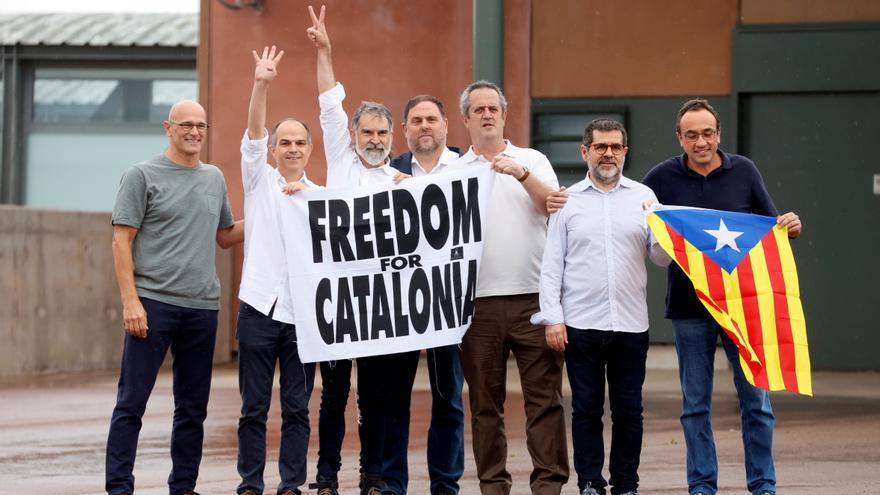 “We will regain competition over Prisons in Catalonia and the Basque Country”. Beyond the chosen verb conjugation, the promise launched by Pablo Casado during the closing speech of the PP National Convention faces political and technical difficulties to implement them. There are only two ways to do what Casado said: to reform both statutes of autonomy, for which it requires an absolute majority in the respective autonomous parliaments, in Congress and in the Senate, as well as the favorable vote of citizens in a referendum. Or modify the Constitution to shield said competences at the state level, which requires the Yes of up to 234 deputies.

It is not the first time that the Popular Party has flirted with the idea of ​​reversing the process of transferring powers from the central government to the territorial administrations. In 2011, Esperanza Aguirre and Ramón Luis Valcárcel, then presidents of Madrid and Murcia, respectively, threatened the Government with “returning” their command in certain social policies, such as Health and Education, because, they said, they did not have the resources to finance them.

After the regional elections of that year, and especially when on November 20 Mariano Rajoy recovered the Moncloa Palace for the PP, the debate was buried with the same panache with which he had taken out for a walk. But already then the debate arose on the procedure to reverse a decentralization process that the Spanish right presumes and denies at the same time. The first, because he is the son of the Transition and emanates directly from the 1978 Constitution. The second, because the centralist whims of Ciudadanos and Vox have penetrated a certain conservative electorate, and Married has launched for that voter.

The Constitution itself establishes in Title VIII which powers can be assumed by the Autonomous Communities and which are non-transferable by the Executive. In some cases, as in the case of prisons, the Basic Law ensures that the “penitentiary legislation” is an armored competence of the Government. But nothing is said about the management.

It is a competition that remains in the air, which does not appear expressly in the list, which has allowed them to have been transferred to Catalonia and the Basque Country in separate negotiation processes after it was introduced in their respective autonomy statutes. The Catalan of 1979 contemplated in its article 11 that “it corresponds to the Generalitat the execution of the legislation of the State in the following matters”. The first one was the “penitentiary”. More clear it was the Statute of Gernika, of that same year, which listed among the competences the “organization, regime and operation of the Institutions and establishments for the protection and guardianship of minors, penitentiaries and social reintegration, in accordance with the general legislation on civil, criminal and penitentiary matters”, in addition to the “execution of the state legislation” in this matter.

Both statutes are basic legislation of the State. They are, in fact, organic laws that, for their approval, have had to pass the filters of the respective parliaments, as well as the Cortes Generales and the referendum.

And that would be one of the procedures that would have to be followed so that the central Administration could recover these powers: remove them from the respective statutes of autonomy. To do this, the PP would have to initiate a reform process in the regional parliaments. But the problem that Pablo Casado has is the scant presence of his party in these legislative chambers. In the Parliament of Vitoria it has six deputies in addition to Citizens. At Parlament, just three and as a Mixed Group.

So Casado would have to convince other majority forces to modify the statutes. In fact, he would have to count on nationalist parties, such as the PNV, EH Bildu, ERC or Junts, to be able to approve his proposal.

And what would be the alternative plan? Ignore the statutes and reform the Constitution to introduce the management of the penitentiary system as one of the armored powers for the central government.

This reform could be done by way quick of constitutional reform, but even so Pablo Casado would have very difficult to reach the numbers he would need to complete it. The Constitution establishes the favorable vote of 3/5 of the Congress and the Senate for its reform, that is: 210 deputies and 159 senators. If these majorities are not achieved, the Magna Carta dictates that with the absolute majority of the Senate (133) and 2/3 of the Congress (234) the reform can also be obtained.

Thus, in the first case, Casado would need the parties that have promoted the current statutory frameworks and that, by definition, are not going to accept the recentralization of powers that the PP raises. And in the second, he would have to add, yes or yes, to the PSOE to reach the necessary numbers, when it was Felipe González in 1983 and Pedro Sánchez this same year who have promoted the transfers. And even then it would not be safe for it to arrive. With the current distribution of deputies, bipartisanship does not add up to 210 seats.

“It is outrageous. He is aware that it has no foundation,” says Juan María Bilbao, a doctor in Constitutional Law and professor at the University of Valladolid, to elDiario.es. “It is meat for his public,” he adds. In fact, the expert recalls that there is no established way for an autonomous community to lower its status and return a competition. “In any case, what the Constitution includes is the possibility that the State cedes its own powers, as has happened with Traffic in Catalonia,” he explains. “The other way around is not established, an autonomous community can not resign,” ditch.

elDiario.es has contacted the PP to find out how he wants to fulfill his commitment, without obtaining a response.

Casado made the announcement at the final rally of the PP National Convention, which has served to relaunch his project at the head of the party and put a bow to Vox and its voters, whom he wants to attract, as well as add to his ranks also what that remains of Ciudadanos, and that in the electoral repetition of 2019 and in the two regional appointments of 2021 (Catalonia and Madrid) they remained in abstention.

The party leader placed the promise of recovering prisons in the most identitarian part of his speech, just after assuring his intention to “reinforce national unity by making the calling of referendums, rebellion without violence and pardons convicted of sedition a crime.” , and before promising to cut public funding to “parties and associations that promote violence” or to end “with the pro-independence propaganda in the public media by changing the audiovisual law”, which could also imply a limitation of competence on the autonomous media .

The Casado turn has caught even the Basque PP on the wrong foot led by a leader who is not among the soft of the party, as is Carlos Iturgaiz. Less than a month ago, Iturgaiz recognized that Prisons is a competence that the autonomous government should manage because it is part of the Statute. Now, he has had to reformulate his speech: “We do not want a Lledoners bis. We do not want resort and luxury prisons for ETA criminals.”

On the second day of the itinerant part of the Convention, the former leader of the PP Alejo Vidal Quadras and the organizer of the event, Edurne Uriarte, discussed the State of the Autonomies. Vidal Quadras, who left the PP to found Vox, lashed out harshly against the territorial framework emanating from the Constitution, while Uriarte defended that the PP is a party that respects decentralization. Less than a week later, the president of the PP, Pablo Casado, bet before the party’s staff, thousands of militants and dozens of media for the recentralization of powers.