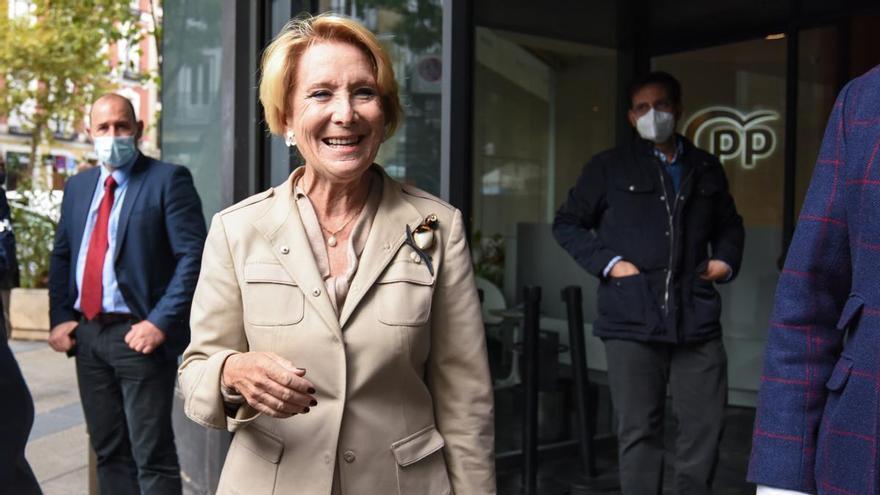 While waiting to know if she is charged in a new case, this time by his management of the Madrid hospitalsEsperanza Aguirre continues to give lessons on what direction politics should take, and specifically the right wing. During a conference organized by the CEU San Pablo University, he again showed his support for the current president of Madrid, Isabel Díaz Ayuso, in the conflict that he has open against the leadership of the PP, and criticized the political strategy of the popular leader: “Married He is making a mistake, I hope he rectifies himself and does not listen to the siren’s songs. ”

Aguirre was invited this Thursday to a talk called “A proposal for Spain”, of the Institute of Studies for Democracy of the CEU, but began by saying that it was not going to be so ambitious. His proposal was going to be only for the political right, to whom he recommended to give “the cultural battle” against the “religion ‘woke'”. “The dominant ideological establishment is on the left and some are afraid of it,” he added.

The former president of Madrid made a speech against the trans movement that “collectivizes” people, criticized the environmental movement and the gender violence law, as well as positive discrimination policies. Already in question time, she said she felt close to Vox, with whom she clarified that she agreed in many aspects, and whom she thanked for her collaboration with the regional government.

It was already in that question time when, although he said he was not there for that, he slipped some criticism against Casado and the current leadership of the PP. He said he hoped Casado would recover the cultural battle against the left, as Ayuso was doing since he chose “Communism or freedom” as his motto. He recalled that it was one of the flags of the now popular leader in his campaign in the PP primaries, and regretted that the one who had given the best fight so far, Cayetana Álvarez de Toledo, was facing Genoa.

He also had time to insist on the importance of what Ayuso has done, which brought the PP “out of depression and discouragement” in which it fell after the Catalan elections, restored its morale, catapulted it into the polls and for the road “withdrew Iglesias, the leader of Bolivarian neo-communism.” It is in this political scenario where, he says, Genoa had an “incomprehensible” reaction and did not understand “the benefits of being united.”

And that message was not only about the internal battle with Ayuso or with Álvarez de Toledo, whom he mentioned on a couple of occasions, but also in the relationship with Vox. Aguirre included among Casado’s mistakes that he must rectify his tone towards Santiago Abascal in the motion of censure, where he recalled that he told him that the PP had “maintained” him for many years: “Married is not the most indicated to talk about this” .