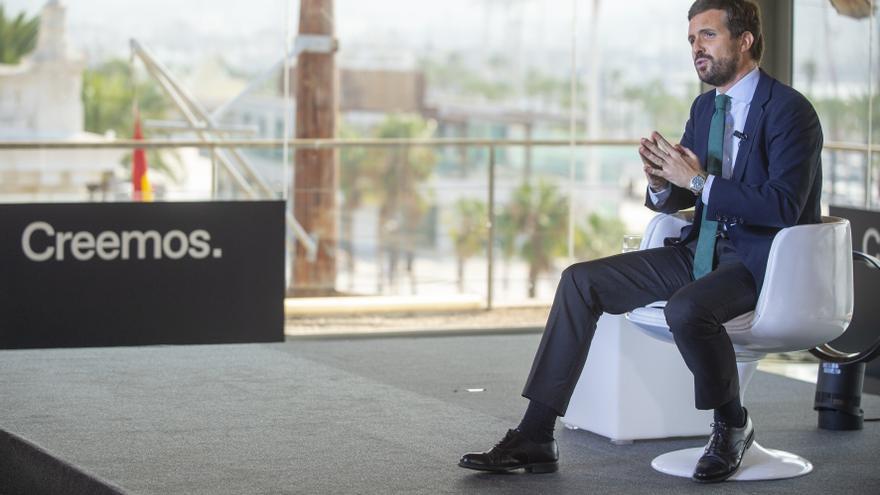 “If you have a job and a payroll, you can access a rent.” Pablo Casado’s phrase unleashed the anger of social networks on Wednesday. His statement, which minimized the need for the 250-euro rental aid aimed at those under 35 years of age announced by Pedro Sánchez, received multiple criticisms from those who accused the president of the PP of living outside the reality of many young people: the inability to emancipate even having a job.

But, what is Pablo Casado’s salary? Or rather, what are their salaries? The president of the PP receives, at least, from two sources: Congress and his party. The first is a public and known salary. The second, no. In fact, the PP systematically and historically hides the salaries it pays to its leaders, which are only loosely reflected in the declarations of assets that they present when they enter a position that requires it.

The problem is that transparency rules are often partial. In the case of deputies, they are only required to declare the income they receive outside the institution itself in the year prior to taking office. Afterwards, they must report the pertinent modifications and how their assets are at the end of the mandate.

And how much has Pablo Casado reported that he earns to Congress? The latest information in this regard is from November 28, 2019. After the electoral repetition, the president of the PP rushed to register his declaration of assets and income. He did so 18 days after the elections and included an income of 47,720 euros from the Popular Party.

But that salary is not from 2019, but from 2018. As stated in the official form of Congress, they are “income received in the fiscal year prior to the date of declaration.”

In 2018 it was when Casado acceded to the Presidency of the PP. He was officially elected on July 21 of that year, so it could be assumed that the 47,720 euros imply the income that he had that year before being president of the party, in which he was deputy secretary of Communication, and the months in which he was already he held the leadership.

Last February elDiario.es already went to the PP to ask about the remuneration of Pablo Casado as president of the party. Then, they responded: “The president’s income is stated in the declaration of Congress”, in reference to that of 2019. Cross-asked if those are his salaries as president, the answer was silence. This medium has returned to contact the PP to collect information about his salary without getting a reply.

Faced with the silence of the PP, the only sure thing is Pablo Casado’s salary as a deputy. As he is elected by the Madrid constituency and does not hold any position in Parliament (he is not on the Board, nor do they preside over any commission), his salary is the base: 55,803.86 euros per year, which includes the compensation charged by the deputies elected by Madrid, lower than those of other provinces.

The sum of the two declared salaries, without the certainty that they are indeed so, offers a total of 103,523 euros per year. If so, your number two, Teodoro García Egea, or the vice-secretary Javier Maroto would earn more than his leader. Before arriving at Moncloa, Rajoy declared a party salary of 200,000 euros.

In fact, Casado has been collecting public money since 2003. At the age of 23, he was appointed advisor to the Madrid Minister of Justice with a salary of 53,000 euros. I had not finished my law degree yet.