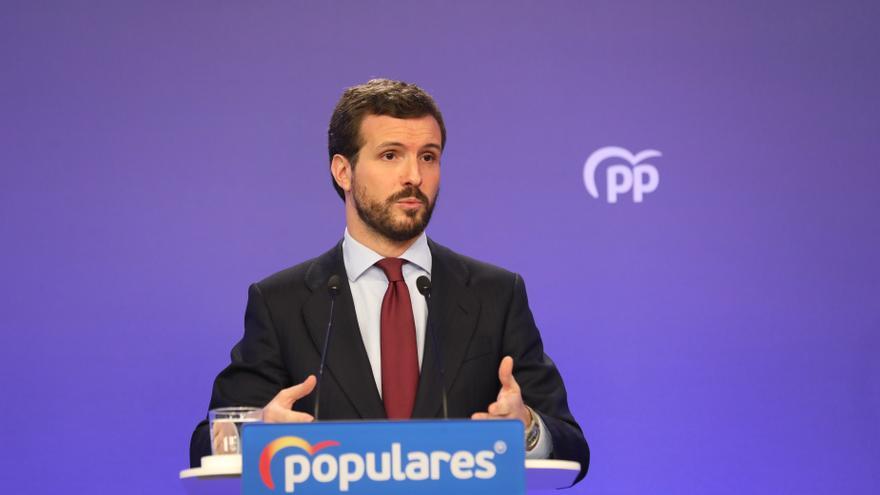 The leader of the Popular Party, Pablo Casado, has conditioned his support for the state of alarm approved yesterday by the Government on Monday that it be extended for the moment for eight weeks and not for six months as proposed by the President of the Executive, Pedro Sánchez, in his appearance on Sunday. Another of the conditions raised by the leader of the PP is that a legal reform be approved before December that allows the adoption of movement restrictions and other measures against the virus without having to resort to the alarm.

Casado, who made these statements during the opening of the XXIII National Congress of Family Business, has assured that the PP launches this offer to the Government “to obtain the majority support of the Cortes” and to “have support that reflects that there is a unity and a joint leadership “among the political forces in the face of the pandemic, although it has ensured that the Executive’s decision to resort to the state of alarm” is the verification of a failure “that” contravenes the recommendations of the European Union.

“The alarm, by definition, is a constitutional exception, which has to be assessed in time and assessed in its scope,” said the leader of the popular, who has insisted that “it has to be for specific issues, certainly not for six months. ”

The so-called Plan B that the PP has defended since May for the second wave of the pandemic, is based above all on the reform of Law 3/86 on special measures in public health, in order to give legal instruments to the communities that allows them to fight against the coronavirus, without having to resort to the exceptionality of the state of alarm.

This decision of the maximum leader of the popular comes after the umpteenth turn to the center that he wanted to stage last week by announcing his vote against Vox’s motion of censure with a very harsh speech against Santiago Abascal. Since then, the leadership of the PP has insisted that Casado’s speech was “a turning point” in the strategy of its president, and that it places the conservative formation in “moderation” as the hegemonic force of the center-right in Spain.

During the first wave, the PP approved the first two extensions of the state of alarm, although later it withdrew its support for the Pedro Sánchez government, claiming that its claims to prolong the exceptionality represented an attempt at “authoritarianism” by the progressive Executive.

Black Friday 2020: Is it better to buy before or wait for the Friday sales?