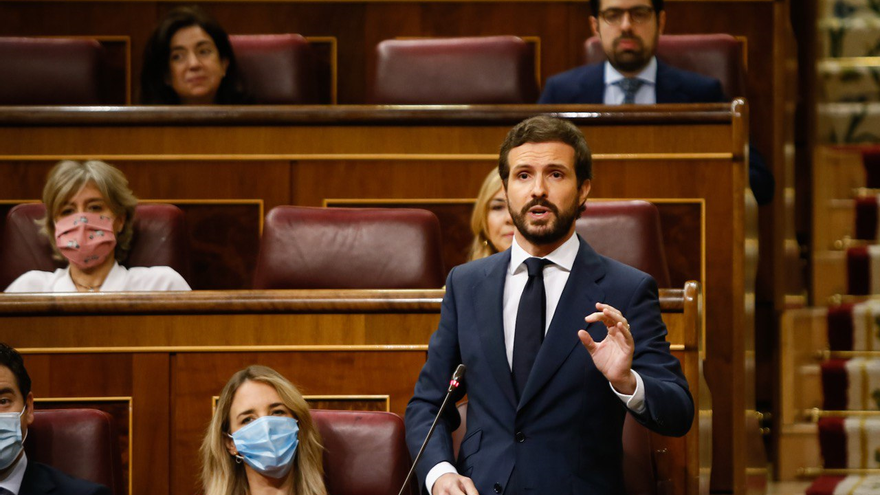 The president of the Popular Party, Pablo Casado, has again used this Monday the figures of deaths from coronavirus against the Government, after a week in which he parked his very hard accusations against the Executive in recent months. “In Spain things have been done wrong, for example not knowing how to count the deceased,” Casado said during an interview on Antena 3. Despite this new complaint, the top boss of the popular has considered that during the pandemic the PP has been “a state party”. “I have approved seven royal decrees, the one of the new normality, or the Minimum Vital Income. What bad defectors we are when we support them more than other oppositions,” he sentenced.

Asked if he considers that a new absolute majority of the president of the Xunta de Galicia and candidate for reelection, Alberto Núñez Feijóo, in the elections next Sunday, could reinforce the Galician baron within the PP by forcing Feijóo to try to take control of the party at the national level, Casado has assured not to be worried. “Whenever he has had to choose between Madrid and Galicia, he has chosen Galicia”, he stressed.

Married: “A party must be an orchestra in which the instruments must be conducted”

Casado has also wanted to deny that there are two currents within the PP: a more moderate one, represented by Feijóo, and a more radical one, led by the PP’s own leader and represented by his hard core, as the spokesperson in Congress, Cayetana Álvarez de Toledo. “Feijóo is synonymous with PP and Galicia. In Galicia, as happened in Valencia or Álava, the center-right has a regionalist nuance, but it has always been the PP,” he assured, about the fact that Feijóo has hidden the initials of the PP during the campaign.

In his opinion, “a party has to be an orchestra in which the instruments have to be conducted”, but he has qualified: “In the PP in nuclear matters we agree, as the defense of national unity, pensions or employment . Feijóo does very well in claiming the identity of Galicia “, he has settled.