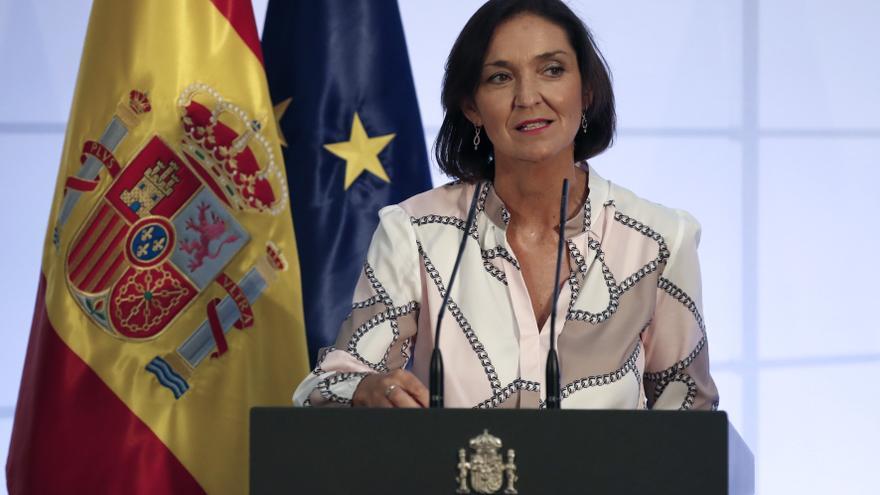 The government is “optimistic but prudent” regarding the impact of the fifth wave on the tourism sector. Three days before the end of July, the Minister of Tourism Reyes Maroto has not wanted to advance the partial results, but has affirmed that the Executive “positive data” for this month, such as those of the airlines or the security perception index for Spain, which the third week of July stood at 92%.

“The data we have on airline seats shows that Spain is one of the destinations preferred by international tourists who decide to travel. This is a determining factor, because not all international tourists who would travel to Spain in a normal year they are deciding to leave their countries, but if they decide to do so, what I can transfer is that Spain is one of the preferred destinations, “said Maroto, who also highlighted the” success of vaccination “as one of the key points of the Spanish market.

“The vaccination campaign is not being as successful in other neighboring countries,” he recalled, using the US as an example, where “a vaccination limit has been reached. There are already many difficulties because there is a population that denies vaccines “.

“That is not happening in Spain, that is the great news, we have a minimum rejection percentage. The norm in Spain is that everyone wants to be vaccinated and that gives us strength for the coming months and for example for the autumn winter campaign, the high season in the Canary Islands “, the minister celebrated after the Tourism sector conference held this Tuesday together with the autonomous communities.

At that meeting, the first 23 Destination Sustainability plans were approved, with funding of 64 million euros. Its objective is the “modernization, transformation and adaptation of the tourism model” to digitize it and avoid the over-demand that occurred in various parts of Spain before the pandemic. In the next three years, extraordinary editions of this program will be convened thanks to an injection of 1,900 million from European funds.

In this first round, all the communities, except Catalonia, will organize one of these plans. Maroto explained that the reason for the absence of the autonomous administration led by Pere Aragonés is that he has preferred to renounce this ordinary call to attend the extraordinary one financed with European funds, whose deadline for submitting proposals will open in September.

The financing that each plan will receive from the Secretary of State for Tourism ranges between 400,000 and two million euros, the Ministry has confirmed.