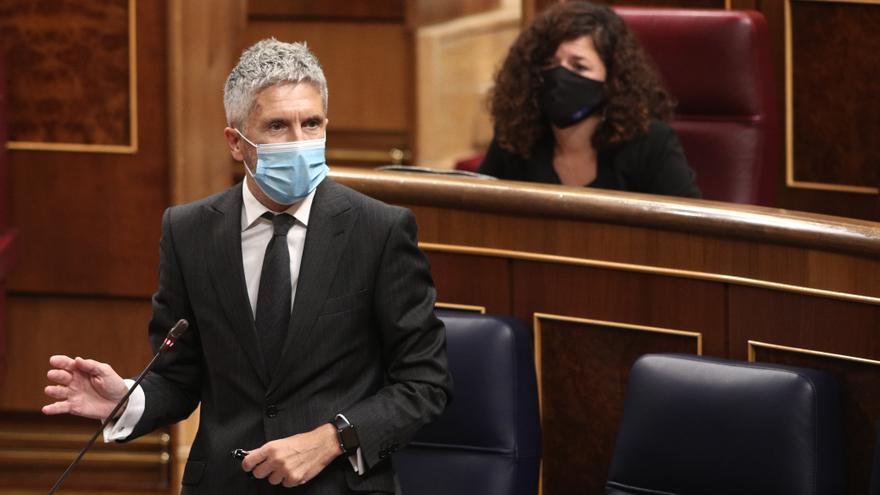 The list of decorations of the National Police on the occasion of its annual festival includes a medal of Police Merit with a white badge to the Venerable Brotherhood of María Santísima de la Esperanza, in Cuenca, in whose image of the Virgin the police have escorted since the time of Juan Ignacio Zoido in the Ministry of the Interior, inform elDiario.es police sources. With this decision, the current minister, Fernando Grande-Marlaska, continues the tradition of decorating virgins or brotherhoods that Jorge Fernández Díaz followed so much during the first term of Mariano Rajoy and that even came to be analyzed in court.

In the case of Fernández Díaz it was included in the order that the Virgin was decorated as “head” of the rewarded brotherhoods, subject to appeal by secular organizations that ended up rejecting the National Court. The white medal does not carry an economic allocation.

The list of medals of the National Police are signed by the minister at the proposal of the Director General of the Police, Francisco Pardo. In the chapter of medals with assignment, Interior honors the recently retired president of the Contentious-Administrative Chamber of the National Court Eduardo Menéndez, and the secretary of the Second Chamber of the Supreme Court, María Antonia Concepción Cao, who played a relevant role in the organization and development of the trial of the process.

Internally, Grande-Marlaska breaks a record by awarding the Silver Medal at once, the highest distinction in life for an agent and which has been assigned a 15% increase in salary on a monthly basis and for life. The winners, on the occasion of his retirement, are the commissioners Manuel Páez, who developed the bulk of his career in Immigration and Borders; the former Chief of Police of Navarra Francisco Canedo; and the last general commissioner of the Judicial Police, Eloy Quirós, responsible for the fight against drug trafficking, organized crime and corruption. In this last point, the Quirós mandate, promoted by the PP, has been characterized by the continuity in the open decline with the previous Executive, after the use of the UDEF as an instrument to whitewash the alleged para-police operations.