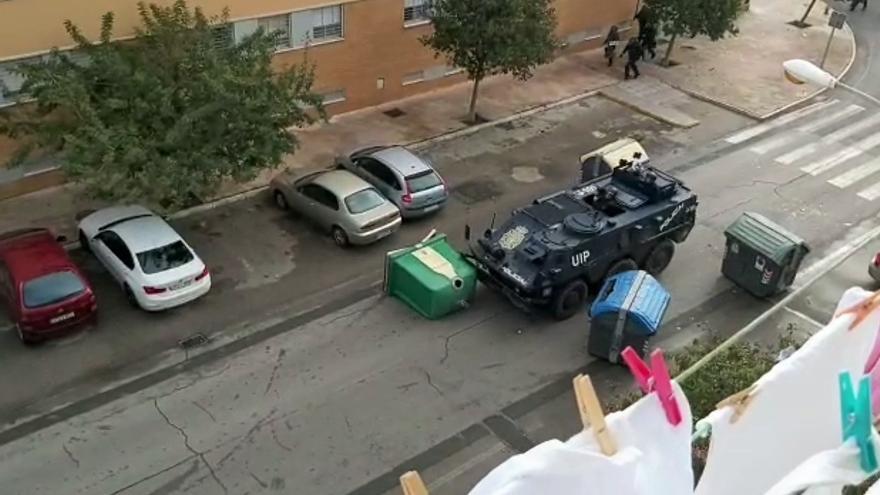 The mayor of the Cadiz town of Puerto Real, Elena Amaya, of the PSOE, cannot leave home these days because she is infected with Covid. He has no doubts about what the rest of the people in this city of 41,000 inhabitants should do: “We have to go out on the streets because we are the ass of this country.” The permanent crisis in the province that usually has the highest unemployment rate in Spain is now in the headlines due to the mobilization that takes place during the negotiations of the future agreement of the metal sector. Meanwhile, some riots that have occurred, less serious than what has been seen in the last decade in other conflicts, have led to the appearance in the streets of a police tank. The image alone elevates the importance of the conflict to a more troubling level.

Someone in the Ministry of the Interior or in the police leadership is not very clear about the concept of cost / benefit. The political price of the decision seems much greater than the benefits that the use of a vehicle of military origin can have. It is a BMR, a six-wheeled armored vehicle that is commonly used for the transport of troops and whose public order function in this case is limited to its armor and its weight of fifteen tons. In other words, any barricade that you find on the street can be swept away, even if it is made up of several containers.

The political cost is not measured in tons, but its weight is not less. “The government is making a mistake,” Iñigo Errejón told the plenary session of Congress on Tuesday. “I am afraid that the image of the tank in the working-class neighborhoods of Cádiz will accompany them during the remainder of the legislature.” Yolanda Díaz made the unusual decision in her case of communicating to another member of the Government her discomfort over a decision of her competence and later confirming it in public to journalists. “Workers in the metal sector are not criminals,” the vice president said, and they are “legitimately defending their rights.” The same have been done by other leaders of United We Can. For the deputy Jaume Asens, the measure is “a provocation”.

Neither Interior nor the PSOE have chosen to respond to the criticism with specific arguments referring to the situation in Cádiz. The Ministry has reacted as if it were a routine decision. The Socialists have referred to the application of the usual “protocols”. Anyone would say it was the idea of ​​an algorithm. The government spokeswoman was on Tuesday in the same line. “I understand that (the security forces) do so with the necessary consideration to guarantee the workers’ right to demonstrate and public order,” commented Isabel Rodríguez. Nothing like answering in general terms so as not to have to talk about the topic they are asking you.

In the case of Fernando Grande-Marlaska, everything has been even simpler. He has not deigned to give a public response to the controversy.

The riot police of the Police have carried out a few interventions in Spain in recent years in which violent acts have occurred without the need to use these tanks. Vehicles have been used to locate them in specific locations during some anti-terrorism alerts or major sporting events due to the possible deterrent effect they may have. Not to launch against barricades. The inhabitants of Cádiz now feel singled out, as if they were more dangerous than the others. “The neighbors are not terrorists. We want to work and live with dignity, “says a spokesman for the Río San Pedro Platform, Puerto Real.

The most widespread impression in relation to the high unemployment rate in that province has been, over the years, to be surprised by the lack of violent reactions to a situation whose only changes are for the worse. There have been mobilizations that were like sparks of fury that ended so that a long period of resignation began. Others would call it calm. The industrial development of the province has become in a long series of defeats and they are not the only ones. “To all this is added the fishing fleet practically dismantled, the emigrated canneries, the agrarian reform finally made in the image and likeness of the landowners, who ended up dividing up their large estates to secure funds from the European Union and sell their brands to multinationals “, wrote the journalist Juan José Téllez in this half.

The image of the tank has a power that the Government should not ignore. It is there for the opposition to use against you. Vox did it pulling home, taking advantage of it to reinforce its xenophobic message in which foreigners receive advantages that they have never seen while repression is reserved for the people of Cadiz. Obviously, the far-right party will reconcile the complaint about the situation of those who receive the sticks with the enthusiastic support of those who shake with the truncheons, as it will do in a few days with the demonstration of the police unions.

It would be naive to think that people will not fall for the trap.