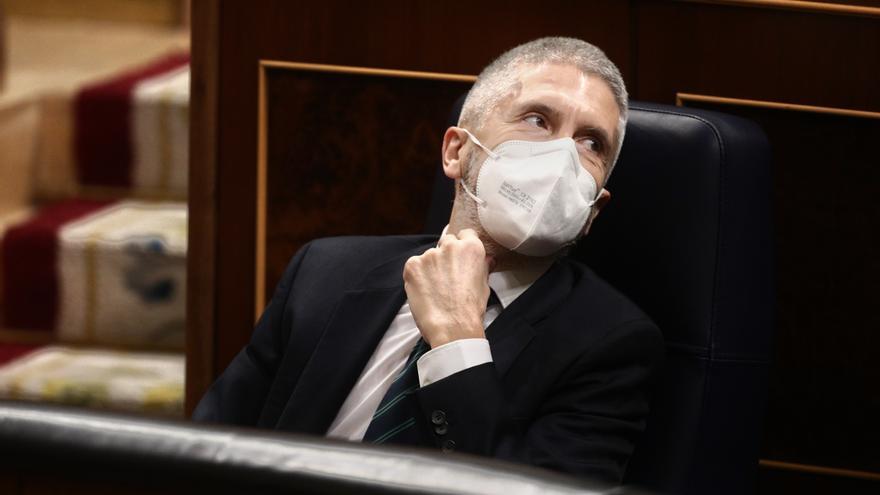 The PP and Vox have competed this Wednesday in toughness against the Minister of the Interior, Fernando Grande-Marlaska, whom they have asked again to resign after the ruling of the National Court that revokes the dismissal of Colonel Pérez de los Cobos, which took place in May 2020 due to “loss of confidence”, and forcing the Government to reinstate him in his position. The minister, who It was already submitted yesterday to questions from the opposition for the same reason in the Senate in a tense debateHowever, he has reiterated that it is not among his plans to leave office and has defended the removal of the colonel, considering that it was “fair, balanced and legal.” Marlaska also recalled that the sentence is not final and does not “oblige the cessation” since there is an appeal against it, as the Government is already preparing.

The scuffle took place first in the government control session where both the PP deputy, Ana Belén Vázquez, and the fourth vice president of Congress and Vox deputy for Valencia, Ignacio Gil Lázaro, have accused the minister of behavior ” unworthy “against the colonel and the body of the Civil Guard to which he belongs and they have considered that the sentence is all” a blow “against the head of the Interior for which he must immediately leave his position. “Your behavior has been intolerable. You no longer have the moral authority to continue leading the ministry. It is not that you are burned, it is that you are burned, you are a political corpse,” the PP deputy snapped in a harsh intervention.

The PP deputy has reminded him of the approach of ETA prisoners and several controversies that, in her opinion, make the minister the “soldier of outrages” of Pedro Sánchez. “We are dragged further and if there is any decency or dignity left, resign,” Vázquez insisted, with whom the Vox parliamentarian later agreed on similar arguments, who has also asked him to leave because “he has lied and prevaricated “.

Gil Lázaro has abounded and pointed out that Marlaska’s behavior “is fallacious, cowardly, sectarian and unworthy”, to later qualify them as “the useful fool, manager of the blackmail of Bildu”, accusing him in addition to converting the Police and the Civil Guard in a “political police” and to “facilitate street violence by leftist gangs managed and sent by Pablo Iglesias” to their rallies.

Marlaska has ironized in his reply and has replied to Gil Lázaro: “If I resign, you would not have the opportunity to get up early on Wednesdays to have your two minutes here to launch falsehoods and disrespect.”

Subsequently, the minister has undergone two other interpellations, also from Vox and the PP, in which he has lamented “the harassment” that both groups have subjected him to since he came to office. On this occasion it has been the deputy of the extreme right party, Macarena Olona, ​​who has continued to charge more harshly against Marlaska whom she has accused of carrying out “systematic purges”, of giving in to “political pressure” and of “arbitrariness” in all his performances since he took possession of his portfolio. And also of having given up to “four versions, all lies” about the report that was leaked to the press signed by López de los Cobos. “Do you know why the president has ratified you in office today? Because you swallow everything,” Olona told him.

The Vox deputy has assured that the minister has “very little shame” for having linked the colonel with the so-called ‘patriotic police’ organized by the former head of the PP, Jorge Fernández Díaz. “Greater exercise in cynicism, it does not fit,” he said. The deputy, who has ironically addressed Marlaska as “dear minister”, wanted to see him soon sitting on the dock, “because with you there is only corruption in your department,” she said.

In her reply, Marlaska has asked the Vox deputy first to remove the qualifier of “vase” that she had previously made to the director of the Civil Guard and has made her ugly and the “tense and lacking in rigor tone” that has used with “a base of unfounded accusations and with a legal criterion that borders on pathos”. “I am not going to answer his insults”, has summarized in his new reply Marlaska, who has once again defended his management at the head of the ministry based, as he has said, “on ensuring the free exercise of the rights and freedoms of citizenship “.