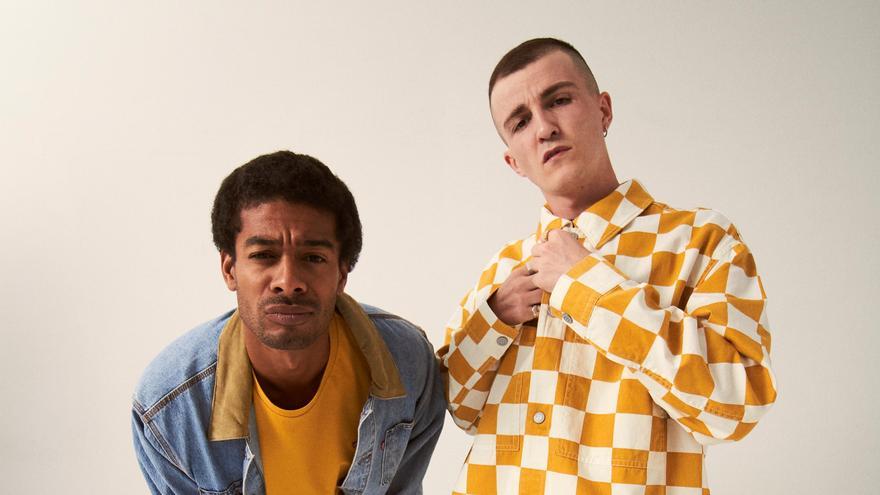 Madrid, Sep (EFE) .- Something as simple or as complex as synthesizing “millennial love.” That is the inspirational core of marjei, more than a duo, a creative collective that has aroused growing interest in a few months with each “fascicle” (as they call their songs) of colorful and minimalist pop released so far.

After the only deliveries made so far (the songs “Ghostbusters”, “you don’t care” and “ladypoma”) another one, “líame”, will join this coming Thursday to expand the collection supported mainly by its two main brains, the Patrick Adjei from Mallorca and Pedro Márnez from Murcia.

From the combination of their surnames, as was done in those family businesses of the 80s, the name of the group emerged, written in lowercase and pronounced “maryei”. “All the formulas that we thought were already taken,” they argue with the simplicity that characterizes them, before revealing that they shuffled names of characters from “Toy Story” or from their favorite television series, “Utopia.”

They tell Efe that a master’s degree in advertising brought them together, one as in charge of the texts and the other of the graphic part, a bit as they complement each other when composing their songs: the also vocalist Márnez paints the melodies from personal stories that, passed through the filter of Adjei’s experiences and verses become his compositions.

“On a trip together to New York, in the apartment where we were staying there was an abandoned guitar, we started to improvise something together and that’s how our first song came about”, they recall about the genesis of the musical project of these two artists who have just released thirty.

The age is not a trivial fact, because according to themselves they declare, they tend to write about “millennial love”. “There will be those who do not feel represented in our songs, because what we do is tell it based on what we and our environment have experienced,” they defend.

What distinguishes this generation from a sentimental point of view? “If I talk about social networks, we went from having nothing to having everything. Our way of living relationships before was not like now, that you just flirt with someone on Instagram but then you are ashamed to meet him face to face,” he reasons.

Be that as it may, their themes have also made contact with the later generation, the Zetas, with whom they are united by a “more open and tolerant” way of seeing relationships that often arise in electronic applications.

Precisely through one of the most popular marjei began to make herself known. “We opened the profile thinking that it was one more promotional support, but at the same time we were also open to meet, have a beer and what could happen … It seemed an original way to do it, but the Tinder algorithm did not and hood the profile “, remembers Adjei amused.

“In fact, as we did with my phone, I can never go in again,” adds Márnez with a laugh at what is a barrier to one of the great documentary sources of “millennial love.”

His style is also defined as “millennial pop, but with asterisks that speak of sounds of American jungle pop, synthesizers as well, in a kind of mix of 2000s pop with lo-fi”.

All these aspects reveal a very global and imaginative way of approaching your project. “We always talk about the fact that we did not want to do only a musical group, but that there was a concept and, behind it, a creative group. We stand up, but we are a collective rather than a duo,” they specify.

From the hand of that team his colorful video clips emerge, as well as the idea of ​​delivering his songs by installments. “It’s the way music is currently being consumed. Look at Rosalía or C. Tangana. You no longer release a 12-song album, because if there are no lost songs that were still your favorites and because, as everything goes so fast, a month then you have to re-launch something new, “they allege.

“And the LP is not a dream or a goal at the moment. Some record company has tempted us, but they usually offer contracts for several albums. That is a very big commitment, I don’t know if I will get 30 songs!” reflects Márnez, who is a friend of attending to inspiration when it calls.

Of course, they assure that new “fascicles” will continue to arrive in the coming months until they compose a sufficient repertoire to offer their first concerts next year.