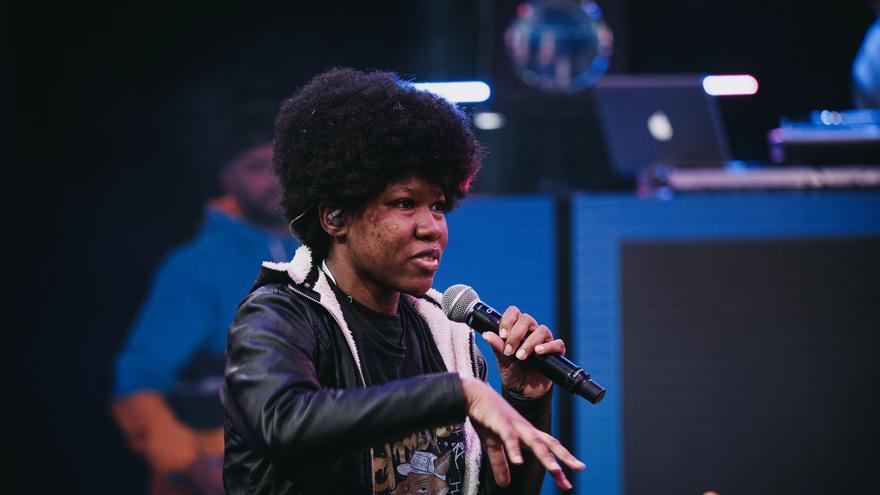 Madrid, Sep 12, 2021 (EFE) .-. Marithea became the first woman to win the title of champion of Red Bull Batalla de los Gallos Colombia, the only one to do so in a National Final after the famous stoppage of the competition.

Marithea, alias Maribel Camilo Gómez, entered the modern history of competitive freestyle by becoming the successor to MC Kim, the 2007 Venezuelan champion, as the only woman capable of lifting a Red Bull national title, the first after the "stop" of the competition.

Until reaching the final, in which Airon's perseverance was imposed, the 23-year-old rapper from Cali also had to overcome the surprising performance of the comedian Lokillo in the round of 16, Alzate in the quarterfinals and Neg in the round of semifinals.

Marithea, in addition to being one of the most important names in the fight for the visibility of women in the improvised rap industry, asserted her status as a candidate to proclaim herself the best 'freestyler' of Colombia, after her two consecutive bronzes in the editions 2019 and 2020.

“Mom, I did it. I'm a champion, ”said Marithea after Elevn handed her a Colombian flag and the medal that accredits her as the best improviser in the coffee country. “More than mine, this title belongs to all of us who are here. I'm going to represent all of them ”, he added between congratulations, in which he also thanked both his references and the Venezuelan scene.

Thus, Marithea will be the representative of her country in the next International Final to be held in Santiago de Chile. Rapder and Aczino, first and third of 2020, respectively, have already qualified for the World Cup, the Spanish Skone, in condition of runner-up, the Uruguayan champion Hammer, the Mexican Skiper, the Costa Rican P8 and the Chilean Basek.

Furthermore, Marithea's triumph prevented Carpediem's ​​two-time championship, which came in third after defeating Neg in the fight for third place, and Elevn's three-time championship, which failed to complete its feat against an inspired Airon in the quarter-finals. Both competitors were the executioners of the caleña in the semifinals that he lost in 2019 and 2020.

In addition, during the National Final, the mythical Chuty, who traveled from Spain, and the two-time champion Valles-T left their work as jurors for a moment to delight the 'cypher' of Colombian competitors and the more than 300,000 people who watched the broadcast on direct with a portentous display of 'freestyle'.