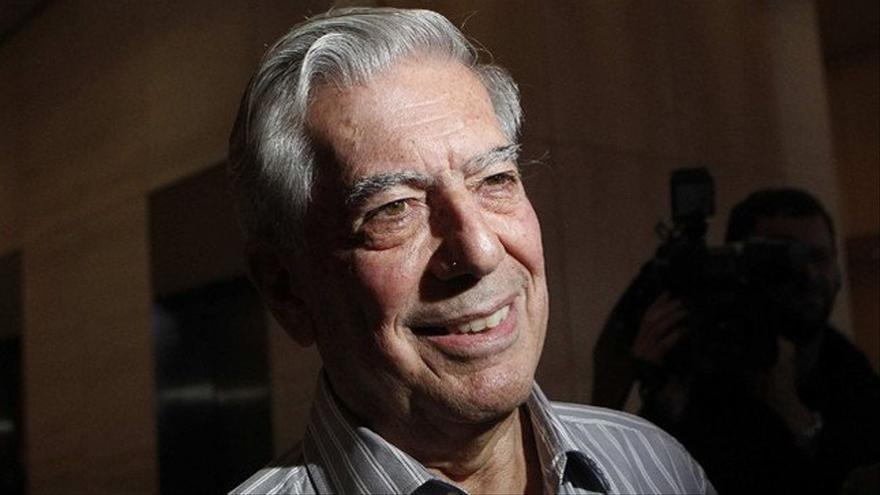 “You can be a great writer and timid in political affairs,” he writes. Mario Vargas Llosa in ‘The Celtic’s Dream’. Nobel Prize in Literature, Cervantes Prize and Prince of Asturias, named marquis by the king emeritus, it doesn’t exactly fit the sentence you wrote. A candidate for the Peruvian elections and a regular actor in the political arena, he is also a dedicated collector of inflammatory phrases. For example, you have stated that the feminism he is “today the most determined enemy of literature” and has described Catalan nationalism as a “toxic ideology”.

In his memoir, “The fish in the water,” from 1993, he recounted how, in 1948, Brother Leoncio, “an old curmudgeon”He took him to the top floor of the school, where his bedroom was. There, the priest, while talking to him about sins and the devil, showed him magazines with pictures of naked women. “Suddenly, I felt his hand on my fly.”

Scandal came before literature when he married Julia Urquidi, his in-law aunt, whom he had known as a child. Marito was 19 years old. She, 10 more. ‘Aunt Julia and the Writer’ tells of those love affairs. The couple disarmed when the also author of ‘The city and the dogs’ met a niece of his wife and his cousin, Patricia.

The writer with his then wife, Patricia Llosa.

The marriage with Patricia Llosa lasted for half a century. They had three children: Álvaro, Gonzalo and Morgana. Upon receiving the Nobel, Vargas Llosa had problematic words of praise for his wife: “He solves problems, manages the economy, brings order to chaos.” He also “decides appointments and trips, packs and unpacks.” The break between the two had its resonance, and more for the appearance on the scene of Isabel Preysler, his current partner.

On February 12, 1976, I was attending a private documentary screening in a Mexican cinema. Next to him was Gabriel García Márquez, so absorbed in what was happening on the screen that he did not see the punch coming from his then friend. The Colombian fell to the ground. When he got up he had a broken nose and a black eye. There was talk of ideological squabbles and jealousy. “I think that, politically, García Márquez is by no means the good writer that he is in literature,” he said.

6- Critical with Pinochet, defender of his neoliberal model

Vargas Llosa was critical of the dictator Augusto Pinochet but always defended the economic model that was forged with blood and fire. “What has happened in chili I do not understand. I declare my perplexity, ”he said in 2019, when the social outbreak against the last chinks of the neoliberal model inherited from that regime took place.

It was presidential candidate in your country. Lost to Alberto Fujimori and he was his staunch enemy. “The greatest evil is Keiko Fujimori and then I vote for Humala,” he said before the 2011 elections. Ten years later he endorsed the daughter of the imprisoned ex-autocrat in front of the teacher of the left, Pedro Castillo. “We are not going to choose some people, but we are going to opt for a system.”

Vargas Llosa and García Márquez, when they were still friends.

8- Thatcher as a beacon

He sympathized with Castroism in the 1960s but, over the years, he began “to have certain doubts.” He broke with the island at the beginning of the 1970s. First he was a critical socialist. Later, a social democrat. He read a lot and embraced the cause. liberal. His star was Margaret Thatcher, architect of the “extraordinary transformation” of Great Britain.

its preference for conservative governments in Latin America casts no doubts. Since the peace agreement was signed in Colombia between the FARC and the State, almost 1,000 social leaders and 292 ex-guerrillas who relinquished their weapons have been assassinated. “I think Colombia is doing things well; that he has bet on the path, first, of legality; second, investment, “said the great narrator about the president Ivan Duque.

Regular guest at the national conventions of the PP, has just endorsed with its presence Pablo Casado. In front of him he said: “The important thing about an election is not that there is freedom, but to vote well.” I was thinking of Latin America. A few days later, his name appeared on the Pandora papers, according to which he would have managed his copyright through a company in the tax haven of British Virgin Islands registered in 2015. He has denied it.