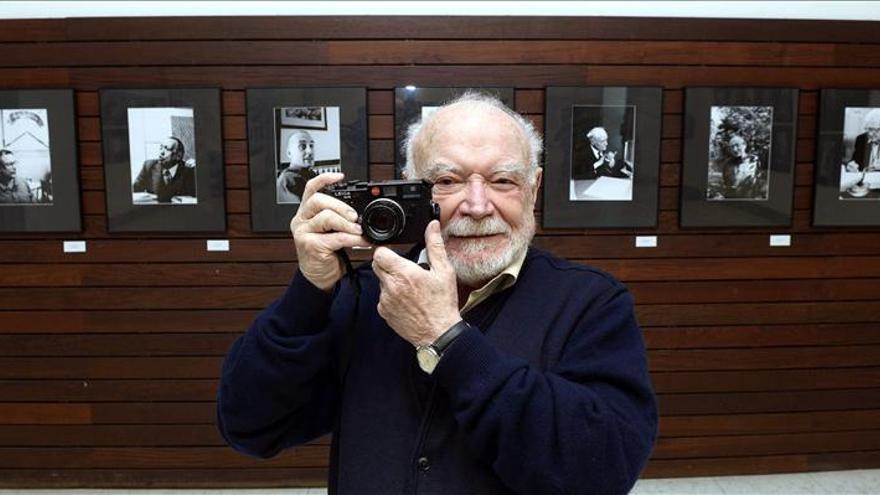 I met Mario Muchnik under very unusual circumstances, almost 25 years ago. Our mutual friend Pedro Sorela had given him a typewritten version of my first novel, and after two months Mario sent me a concise letter in which he made the following comments without anesthesia: the work had a third part left over (“I hope don't bother, I commented something similar to Vargas Llosa with Pantaleón and the visitors"), he did not like the title "at all" and, if we reached an agreement on his observations, "he would run the risk" of publishing me. Pedro had already warned me about Mario's direct and provocative style, but that warning didn't keep me from feeling a certain disgust when I read the letter.

Days later, Mario met me at his office, in the Anaya publishing house building. The company had just acquired Muchnik Editores—founded in 1973 in Paris by Mario and his father, Jacobo, five years before they both settled in Spain—and Mario was now in charge of the new Anaya-Mario Muchnik label. He invited me to sit on the other side of his solid wood desk, the top of which was piled with books and folders. He was in his shirt sleeves, wearing his classic suspenders, and he was peering at me with piercing eyes behind the lenses of his thick black-rimmed glasses. “Do you have any objection to the letter?” he snapped at me. I told him that I wasn't happy with the title of the novel either, so I was open to changing it, but I expressed my disagreement about his recommendation to cut the work, let alone with the brutal hack he intended.

After listening carefully to my arguments, he got up to make coffee, and told me: "I had a lot of fun with the Song of Songs." The novel narrated the creation of an informal neighborhood in a Caribbean city, told in a biblical key that Mario had evidently deciphered. From that moment on, the conversation ran through the twists and turns of the Old Testament, which my interlocutor knew by heart despite not being a believer, because of our common roots in troubled Eastern Europe and because of our literary preferences, a moment in which I took the opportunity to recognize him the commercial recklessness of having introduced Primo Levi, Elías Canetti and other great Jewish European writers into the Spanish-speaking world. As we parted, he told me in the condescending tone of someone granting a pardon: “Don't take anything away from her. I'll post it to you as is." From the door I asked him the question that ate at me: "Why do you say it would be a risk to publish it?" And he told me: “Don't take it personally. Editing is a risky job”.

At least for Mario, it always was. He was an editor from the lineage of Gallimard, Feltrinelli, Barral or Lafont, with whom, by the way, he started in the trade after abandoning his promising career as a physicist. He used to publish exclusively what excited him, without adhering to current trends. Sometimes the gamble turned out, unexpectedly for him, to be a tremendous commercial success. It happened with The Dream of Africa, by Javier Martínez-Reverte. Mario published it convinced that it would go unnoticed, since there were no signs at that time that travel books were of interest in Spain. However, due to a kind of astral conjunction, in addition to its extraordinary quality, the book became a sales phenomenon and revived a literary genre that was practically abandoned in the country. Another of his editorial 'blows' was the French translation of On behalf of the dead princess, by Kenizé Mourad, which sold like hotcakes. At a dinner at my house, in which Mario brought Mourad, she was surprised that the Spanish were interested in the story of the granddaughter of an Ottoman sultan.

On the contrary, books that I expected to be successful turned out to be a resounding fiasco. In an interview that he gave in 2013 to the journalist Alba Pérez del Río, Mario recalled that Football Without Traps, by Argentine coach César Menotti, "not a dick was sold." One of his great discoveries was the Sephardic Bulgarian writer Elías Canetti. Fascinated, he bought the translation rights to Kafka's Mass and Power, Auto de Fe and The Other Trial, but to his disappointment only about 400 copies were sold. However, years later “the reward came”: in 1981, Canetti won the Nobel Prize for Literature and interest in his work exploded.

Shortly after meeting Mario, he suffered one of the biggest disappointments of his life: the Anaya publishing house dispensed with his services. Mario never fully recovered from that blow, one of the collateral effects of which was the suspension of the publication of my novel. However, he found the strength to go ahead and founded the Mario Muchnik Workshop. Curiously, one of his most creative stages began with the new publishing company. He wrote several funny and corrosive books about the editor's job, starting with The worst is not the authors, and autobiographical gems like The other day: a childhood in Buenos Aires or Adjusting stories. He also embarked on what has perhaps been his greatest editorial epic: a new translation of War and Peace, a task that he entrusted to the nonagenarian translator Lydia Kúper and that has marked a before and after in the approach of the Spanish-speaking world to the monumental Tolstoy novel. Published in 2010, more than 15,000 copies of the work have been sold in Spain.

And he published many more books. Among them Vulgata Caribe, as my eventful novel ended up being called. I can't claim to have been one of Mario's commercial successes; If I owe something to that early work, it is that it allowed me to meet an exceptional character, free as I have met very few beings, a brilliant polemicist, delicious conversationalist, overwhelmingly cultured and, as Pérez del Río noted in his interview, "the best maker of gnocchi and pasta with pesto when he gets caught up in the early morning with a group of friends at home and feels that the gathering has to be prolonged”. I must have also met Nicole, the love of her life, an extraordinary painter who has yet to receive the recognition she deserves as an artist.

Mario died on Sunday, at the age of 90, in his apartment in Madrid's Paseo de la Castellana, after resisting with good humor and with his usual evening glass of whiskey several stubborn attempts by death to take him away. He carried three bypasses, which led him to joke that he had "the longest bridge in the world" in his heart. Literature in Spanish owes him the publication of more than 500 works, many of which would never have been published without a risky publisher.