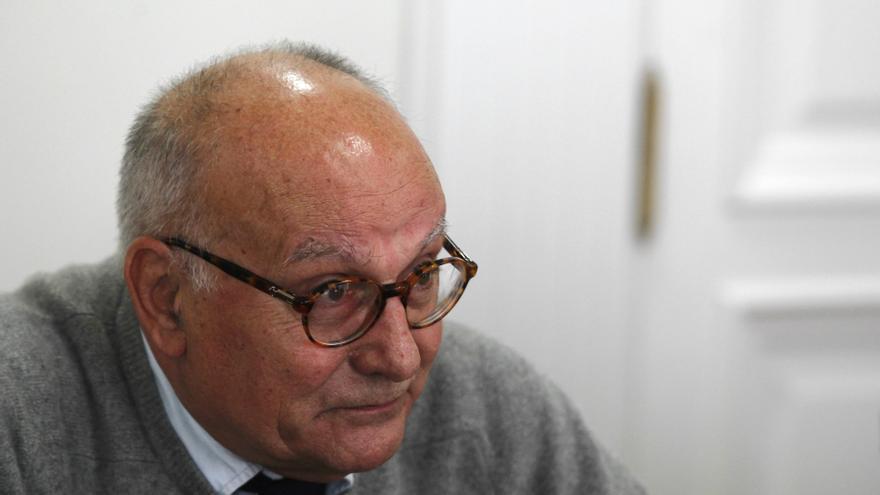 At the beginning of the eighties, Mario Camus reached the peak of his career with awards at the Berlin Film Festival for ‘The Beehive’ or at the Cannes competition for ‘The Holy Innocents’. The young Spanish democracy was presented in the window of European cinema with films that brought to the screen novels that had portrayed the country in the second half of the 20th century. Elegant filmmaker, sober and passionate about literature, Mario Camus (Santander, 1935) knew how to transfer the narrative of writers such as Camilo José Cela, Miguel Delibes or his much admired Ignacio Aldecoa from which he adapted three novels (‘Young Sánchez ‘,’ With the east wind ‘and’ The birds of Baden-Baden ‘). But its impulse as an artistic bridge between literature and cinema extended to classics such as Calderón de la Barca (The Mayor of Zalamea) or Federico García Lorca (The House of Bernarda Alba). Without a doubt, Mario Camus demonstrated for decades the immense possibilities for the cinema of the rich literary tradition of our country and his main artistic legacy would aim to remember that narrative vein for new generations of filmmakers.

With directors such as Mario Camus, the so-called New Spanish Cinema had burst into the 1960s, which benefited from a timid liberalizing opening in the midst of the Franco regime promoted by Manuel Fraga Iribarne as Minister of Information and Tourism and by José María García Escudero, as General Director of Cinematography. From that batch came filmmakers with a long and brilliant later career, such as Carlos Saura, Basilio Martín Patino, Pedro Olea, José Luis Borau or Miguel Picazo. In the words of the professor and critic Casimiro Torreiro in ‘History of Spanish cinema’ (Chair) that generation of Camus had as distinctive features “the pretense of approaching old issues from a new perspective, that is, the uncertainty of awakening to the lives of the young people, a critical and disenchanted look at everyday life, the frustration left by the lack of freedom in all intellectual and affective training, or the difficult ties with the family, which is like saying with the generation that has lived through the traumatic experience of life. Civil War, great underground taboo “. Along these lines, it goes without saying that these architects of the New Spanish Cinema came face to face with the innumerable problems that censorship put in their way and that made it even more difficult for the public to access those films. In those times and like so many other colleagues, Camus was also forced to accept food orders such as directing films to show off the singer Raphael (‘Say what they say’) or the star Sara Montiel (‘That woman’).

From the arrival of democracy, the talent of Camus, his recognized ability to direct actors and his intuition to trace in literature led the Cantabrian filmmaker towards public success and the support of specialized critics. It should be remembered that, apart from the awards at festivals, a film like ‘La colmena’, shot in 1982 with an impressive cast of actors (Francisco Rabal, José Sacristán, Agustín González, Ana Belén, Victoria Abril …) is among the films most viewed in the history of Spanish cinema. Thus, Camus knew how to reflect as few filmmakers that sordid and miserable Spain of the dictatorship. But before those international triumphs, the Santander director had already touched heaven with the adaptation for Spanish Television of Fortunata and Jacinta, one of Benito Pérez Galdós’s great novels and a series that was acclaimed by millions of viewers, many of whom discovered then the stature of the author of The National Episodes. Along the path of Mario Camus, it is very significant to see the enormous possibilities offered and provided by collaboration between the film industry and television, an always pending subject in Spain that other European countries tend to approve. For more than two decades Camus did not stop alternating cinema with television with series that ranged from ‘Tales and legends’ (1968) to ‘The forge of a rebel’ (1990) through his participation in a mythical production of the Transition as ‘Curro Jiménez’.

Starting in the 1990s, Camus turned to scripts on current affairs (‘Sombras en una Battle’) about ETA’s terrorism or in social criticism arguments such as ‘Townhouses’ or ‘The color of the clouds’, but without forget the adaptations of novels such as ‘La ciudad de los prodigios’, by Eduardo Mendoza, while his career was marked by awards and distinctions, among them the Goya de Honor in 2011. A versatile and curious intellectual, Mario Camus published a couple of books of stories and even made some foray into theatrical directing. In this sense, the Cantabrian filmmaker used to attend the theater to discover new values ​​for the cinema, something that happened with Ana Belén, for example, whom he saw in a montage of Anton Chejov’s ‘Uncle Vania’, before converting her in the protagonist of ‘Fortunata y Jacinta’.

With Mario Camus, one of the most brilliant directors to emerge from the New Spanish Cinema disappears, many of whom have already passed away. Despite the limitations that they experienced in the beginning under the boot of a dictatorship, some of them later knew how to draw long-term careers that have marked our cinematography until today. Like the ‘nouvelle vague’ in France or the ‘free cinema’ in the United Kingdom, that New Cinema revolutionized the relationship of the spectators with its filmmakers and left traces through which subsequent generations have passed. For this reason, our cinema cannot be understood without the legacy of directors like Mario Camus.