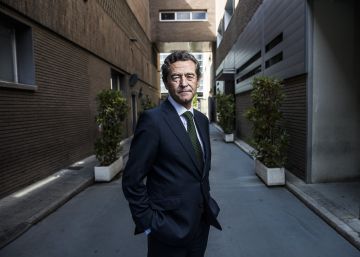 The board of directors of the Spanish Association of Automobile and Truck Manufacturers (Anfac) has approved the departure of Mario Armero as executive vice president of the organization after almost eight years in office, according to has announced the organization itself. The name of the substitute is not yet known, which will be incorporated after Armero ceases to perform his duties at the end of the year, to "guarantee an orderly succession."

The departure of Armero is produced on its own initiative "to give a new direction to his career," says the Anfac note, and was approved at the board of directors held this Thursday. Armero acceded in 2012 to the position of executive vice president, a new figure created ad hoc after the departure of Luis Valero as general director.

In the note, the president of the employers' association highlights that in his eight years at the helm of Anfac, Armero "has managed to modernize the association and place it as one of the main business organizations in Spain, an invaluable position to ensure the interests of the Spanish automotive industry and its 17 factories ". It also recognizes its role in negotiations with the different administrations, which "allowed the industry to regain its specific weight after the crisis and maintain its European leadership."

In this sense, the association especially recognizes that, thanks to its capacity for dialogue and negotiation, the Spanish car industry, which had lost half of the production during the crisis, will recover thanks to the Three Million Plan, "a commitment and commitment industry-Government-society "with which Spain returned to be among the top 10 global manufacturers. Anfac aims to have achieved the approval of plans for renovation of the mobile park and encouragement of the purchase of alternative vehicles, as well as its contribution to homogenize mobility policies in the different regions or to design a "comprehensive roadmap towards transport decarbonization ".

The Board of Directors recognizes the "extreme defense" that Armero has made during his tenure of the interests of the sector and the growth of Anfac, to which 20 new associates have been incorporated during his time as vice president.

In this period at the head of the organization of car manufacturers in Spain, Armero has worked on the achievement of different aid plans by the Government. Thus, a few months after his arrival in Anfac (September 2012), the first of the PIVE plans was launched, to help with the purchase of new vehicles in exchange for crushing an old one.

This program, which came at a very complicated time for the automobile sector in Spain, with low enrollment volumes, was accompanied by seven more editions, as funds were running out.

During his period in Anfac, Armero has also worked with the different governments in the implementation of plans to boost electric and efficient mobility (Moves, Movea, VEA or Movalt). He also defended the extension in the application of the WLTP emission cycle, the creation of a 'green' taxation of the automobile linked to use and not to purchase and a long-term structural plan to protect a sector of great importance for the Spanish economy .