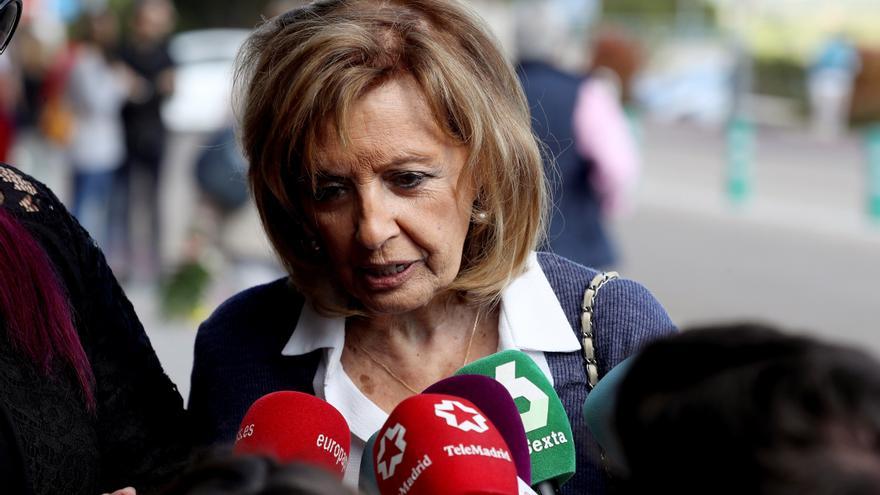 Madrid, March 8 (EFE) .- On a moving truck and inside a transparent “fish tank”, María Teresa Campos will do the interviews on her return to television on “La Campos Móvil”, a program that will premiere next Wednesday 10 March on Telecinco.

The president of the Community of Madrid, Isabel Díaz Ayuso, will be the first guest to the program and with her Campos visited some significant places for PP politics a few days ago, such as the university where she studied or the Hospital de Emergencias Nurse Isabel Zendal .

This will be the first in a series of interviews that Campos will conduct with prominent figures from different fields, aboard a completely transparent truck-set, in constant motion and in full view of all.

With “La Campos Móvil” the iconic 79-year-old journalist returns to television full of “a lot of emotion and some nerves before the premiere,” as explained this Monday in a statement distributed by Mediaset.

“The desire to do the best possible and this feeling of nerves and excitement I have had and will have all my life. I have never entered a set after a period of inactivity or after changing programs without that feeling, because one must bear in mind that the audience likes you today and maybe not tomorrow. I feel that people love me very much, for which I am very grateful, and I hope they continue to love me, ”said the journalist.

Campos thus returns to one of his favorite genres, the interview, which he has also practiced during the months of confinement thanks to the internet, in his program “Enredados”, broadcast on his YouTube channel.

“The interview for me is a genre that I approach in a very personal way. I know how I want to start the conversation, but once I get started I also know where I want to go. The interview is that way until you reach your goal ”, explained the communicator.

“La Campos Móvil” has been created for La Fábrica de la Tele by Óscar Cornejo, who explained that despite being “a transparent ‘fish tank’ in its 360 degrees, in view of the whole world, it is a very intimate, because there is no one inside except María Teresa and her guest, who can only interact with each other and visually with the landscape ”.