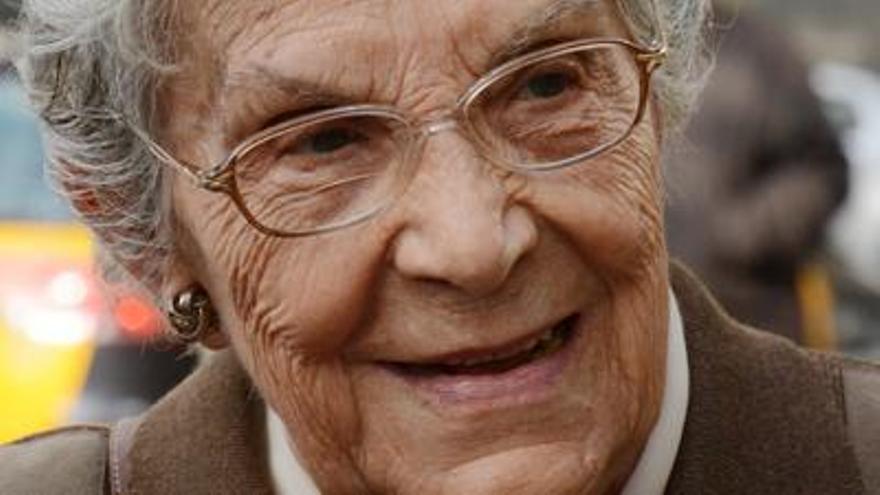 The historic anti-Franco fighter Maria Salvo died on Monday in Barcelona at the age of 100. A member of the PSUC and former president of the Associació Catalana de Pressos Polítics del Franco (ACEPF), Salvo fought in the civil war, escaped into exile, was in a French concentration camp and was returned to Spain, where she would spend 16 years in different prisons in Barcelona, ​​Zaragoza, Madrid and Segovia.

The daughter of a carpenter and a housewife, born in Sabadell but a neighbor of the Les Corts neighborhood (Barcelona), Salvo was one of the first militants of the Joventuts Socialistes Unificades (JSU), where she served as propaganda secretary of the Barcelona committee in 1938. At age 19 she went into exile and was interned in French concentration camps to be handed over to the Civil Guard shortly after, in November 1939.

Salvo was arrested again in 1941 and began her prison journey, in which she suffered all kinds of torture. “Salvo paid a very high price for her commitment. The 16 years that she was imprisoned, the torture she endured, the consequences she had to suffer, have marked her life,” ACEPF said in a statement, highlighting her role to the time to convey to today’s youth what was Franco’s repression.

Salvo entered jail at the age of 21 and left when she was 37. After being released in 1957, she returned to Barcelona, ​​where she was an underground member of the PSUC and shared her life with another anti-Franco militant, the guerrilla Domènech Serra. Also a militant of the feminist movement, Salvo also participated in the association Les Dones del 36, which vindicated the suffering of women during the Civil War and the post-war period as well as the memory of the Les Corts prison, where she was imprisoned and for which Many women were victims of fascist repression. In 2015 he received the Creu de Sant Jordi from the Generalitat de Catalunya.

Despite his advanced age, Salvo never dissociated himself from his role as an activist and in the last municipal elections, held in May 2019, he symbolically occupied the 41st position on the list of the candidacy of the current mayor of Barcelona, ​​Ada Colau. Colau herself said goodbye last night via Twitter to Salvo with a message in which she assured that she was “the free, strong, lucid and generous woman” that everyone would like to be.