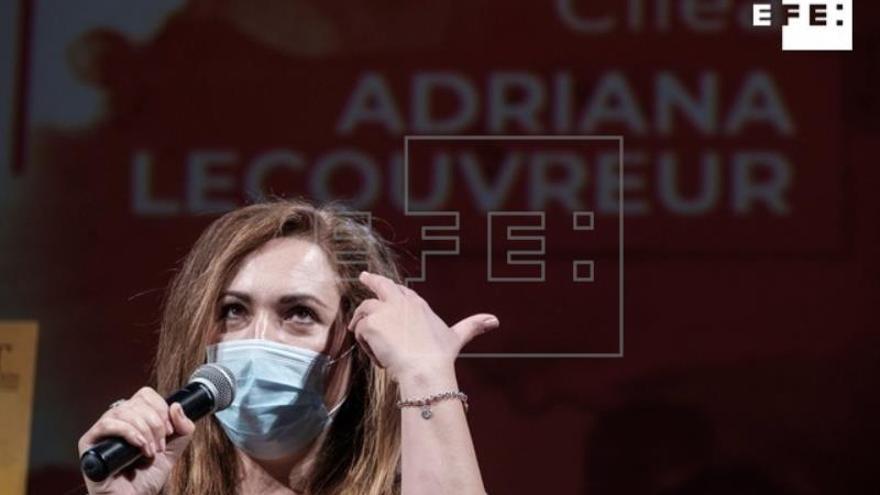 Las Palmas de Gran Canaria, March 18 (EFE) .- The Uruguayan soprano María José Siri makes her debut on March 23 in the Las Palmas de Gran Canaria opera season as the protagonist of “Adriana Lecouvreur”, by Cilea, “a great challenge for the voice, the physical and the mind, “he stressed, because his four acts are linked and performed without pauses.

Siri “crosses your fingers” so that they can sing without unforeseen events due to the covid pandemic “Adriana Lecouvreur” on March 23, 25 and 27 at the Alfredo Kraus Auditorium, a “wonderful” work, he commented at a press conference this Thursday with the Spanish tenor Sergio Escobar, the Spanish mezzo-soprano Silvia Tro Santafé and the young Korean baritone Youngjun Park, who also makes his debut among the singers who are part of the cast.

The Uruguayan soprano recalled that last year she was hired to sing in “Aida”, but the performances were canceled due to the state of alarm for the coronavirus, and has revealed that she feels that, with the changes introduced to make opera possible within The restrictions of the pandemic such as the curfew, prepares as for a “marathon” that will always remember, when it returns to normal.

He has indicated that a year ago he debuted in Italy with the role of Adriana Lecouvreur, but only the first function could be offered and with little public because people already felt fear because of the coronavirus and the following shows were suspended, so it is “Very nice to resume the role”, which surely “has matured” in his body.

The tenor Sergio Escobar thanked Amigos Canarios de la Ópera (ACO), the association that organizes the season, for the opportunity to sing this work of “beautiful music” again in Las Palmas after the success he had with “Don Carlos”. Verdi, so he hopes to live up to this “very special production after a year of pandemic.”

Silvia Tro Santafé, who plays the role of Princess of Bouillon for the first time and plays “bad”, which she has confessed to amusing her, stressed that Spain has become a world reference for culture in this pandemic by holding operas, concerts and plays, which is a “great effort” on the part of the administrations and the public.

It is necessary to “put it in value because it is not easy and every day is an adventure”, which, in their opinion, forces them to be “better artists” and takes them out of the “comfort zone”.

For the baritone Youngjun Park, awarded at the Alfredo Kraus International Singing Competition, his role as Michonnet is a great challenge.

The artistic director of ACO, Ulises Jaén, stressed that they have once again managed to maintain their commitment to “great voices”.

According to Jaén, the cast that has been brought together is “exceptional” for this opera that is difficult to interpret from the vocal point of view, and is completed by other Canarian singers.

Both the stage director, Giulio Ciabatti, and the musical, Francesco Ivan Cimpia, have influenced the changes they have had to introduce to cut a lyrical work in time (from two hours it is reduced to one and forty minutes), adapt it to the stage of an auditorium and to safe distances due to covid-19.

Thus, Ciabatti has explained that to maintain the intensity of this drama requires a greater interpretation and that the different scenarios of each of the four acts have been replaced by one set in a theater.

It is a “test” that requires changes in the structure of the work and a “plus of thought”, but which, in his opinion, recovers the “beauty of the theater” and always turns each function and show into something new, has added.

The musical director has ensured that, despite the time cuts, the entire plot of the work is maintained so that it is understood and all arias and duets have been respected, while highlighting the pit achieved for the orchestra, reduced to thirty musicians, in an auditorium with a 40% capacity allowed.