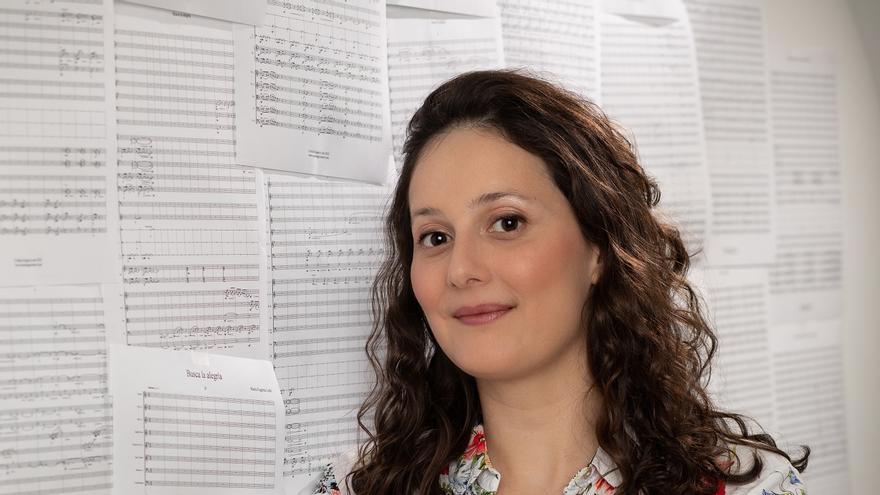 The Foundation Gran Canaria Philharmonic Orchestra has made public the ruling of the winning work of the First Composition Contest for Canary Composers of the OFGC, which has been awarded to the work "Look for joy" by the composer from Gran Canaria Maria Eugenia Leon.

The jury of the contest was made up of the conductor and composer Gloria Isabel Ramos Triano, the composer Laura Vega and Maestro Karel Mark Chichon, artistic director and head of the OFGC and promoter of this proposal.

The OFGC adds one more initiative to the Women's Day celebrations with this Contest for Canary Women Composers which, as the president of the Cabildo, Antonio Morales, already pointed out in the presentation of the season, shows the commitment of the Gran Canaria Philharmonic Orchestra with female creation, promoting and giving greater visibility to the creative work of female composers from the Islands.

María Eugenia León will receive a prize of 2,000 euros and a supporting diploma.

Regarding the gestation of "Look for joy", María Eugenia León had as an initial impulse, according to her own words, "to remember at all times the idea of ​​sharing what comes out of me, what I can contribute and what message I want to transmit to the world. Without expecting anything in return. This is how I began the journey that would lead me to the final message: look for joy. As the name of the work itself indicates. Joy is always within us, although we cannot always feel it. Especially in these moments, I consider it essential to use music as a positive force in our environment, sharing it, and thus becoming a bond that makes us better people, that reminds us of the beauty of life.

“Look for joy”, for symphony orchestra, will be premiered on Friday March 11 in a concert of the Gran Canaria Philharmonic Orchestra season conducted by Chichon. This program also includes Dvorák's Dramatic Overture and Brahms's Piano Concerto No. 1 with the great Austrian pianist Rudolf Buchbinder as soloist.

Born in Gran Canaria, Maria Eugenia Leon is a composer of concert music and soundtracks with directing experience. She studied at the Conservatorio Superior de Música de Canarias (Las Palmas de Gran Canaria), where she received the Professional Certificate of Music in the specialty of Piano. She also studied at the University of Las Palmas de Gran Canaria, specializing in Technical Engineering for Public Works. She subsequently received a BBerklee College of Music European Tour Records, where he continued his musical studies (Boston, Massachusetts). There he completed a double degree in Classical Composition and Composition for audiovisual media, and also studied a specialization in orchestral conducting. She was honored to receive the “Youth Concerts at Symphony Hall Composition Award” from the Composition department at Berklee College of Music.

During 2021 he premiered his piano work "Astros" within the concert series "Hoy, composers" organized by the SGAE, developed at the Museum of Science and the Cosmos of Tenerife and programmed by Marisa Manchado. She also put her grain of musical sand for the short film “Hourglass” directed by Bara Kim and Chase Yi.

His collaboration with the opera singer Blanca Valido deserves a special mention, who won first prize in the “María Orán” singing contest, premiering the song “Duerme” by María Eugenia León. Likewise, it is important to remember the premiere of his song cycle "Our Little Ones" at the Tomás Morales House-Museum, with the singers Marina Leon and Berenice Musa accompanied by the pianist Alberto Manzanares Núñez.

His conducting adventures go hand in hand with the Berklee Silent Film Orchestra, the Palisades Symphony and his work as assistant choral director and accompanying pianist with the Honor Choir yel Elementary Choir (both from Santa Monica, California). Although that is her main connection with these choirs, she has also collaborated as a composer, premiering her pieces “El Oceano”, “Helios” and “La Paz”.